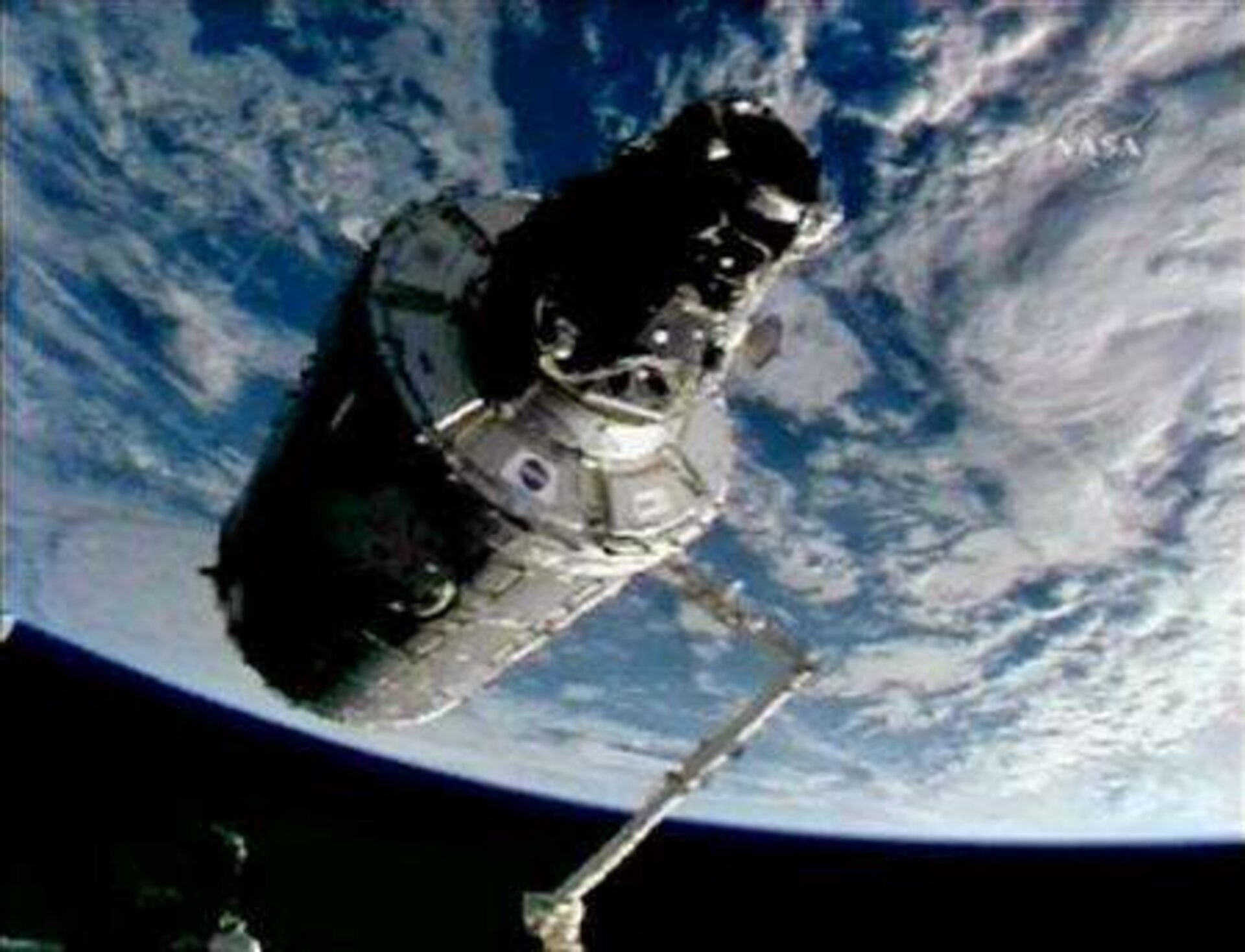 Astronauts on board the International Space Station have relocated Harmony to its final position on the forward facing port of the US Destiny laboratory, preparing the way for the arrival of the European Columbus laboratory.

The Italian-built Harmony module, also known as Node 2, was delivered to the International Space Station (ISS) during the recent STS-120 mission. During the mission's first spacewalk, Harmony was installed in a temporary location on the port facing side of Unity.

Following the departure of STS-120 the Expedition 16 crew proceeded to relocate the Space Shuttle docking port, PMA2, from its location on the forward end of Destiny to the end of Harmony.

On 14 November, Expedition 16 crew member Daniel Tani used the Station's robotic arm, Canadarm2, to move the Node 2 connecting module, with PMA2 attached, to its permanent location on the front of the ISS.

Final outfitting of Harmony is scheduled to take place during two spacewalks planned for 20 and 24 November.

The European Columbus laboratory is the cornerstone of ESA’s contribution to the ISS and the first European laboratory dedicated to long-term research in space. Columbus will be carried into orbit in the cargo bay of Space Shuttle Atlantis on the STS-122 mission, targeted for launch on 6 December 2007. Columbus will be installed on the starboard side of Harmony during the mission's first spacewalk.

The STS-122 crew includes ESA astronauts Hans Schlegel and Léopold Eyharts. Eyharts will remain on the ISS for two months as a member of the Expedition 16 crew to oversee the in-orbit commissioning of Columbus and its experimental facilities.