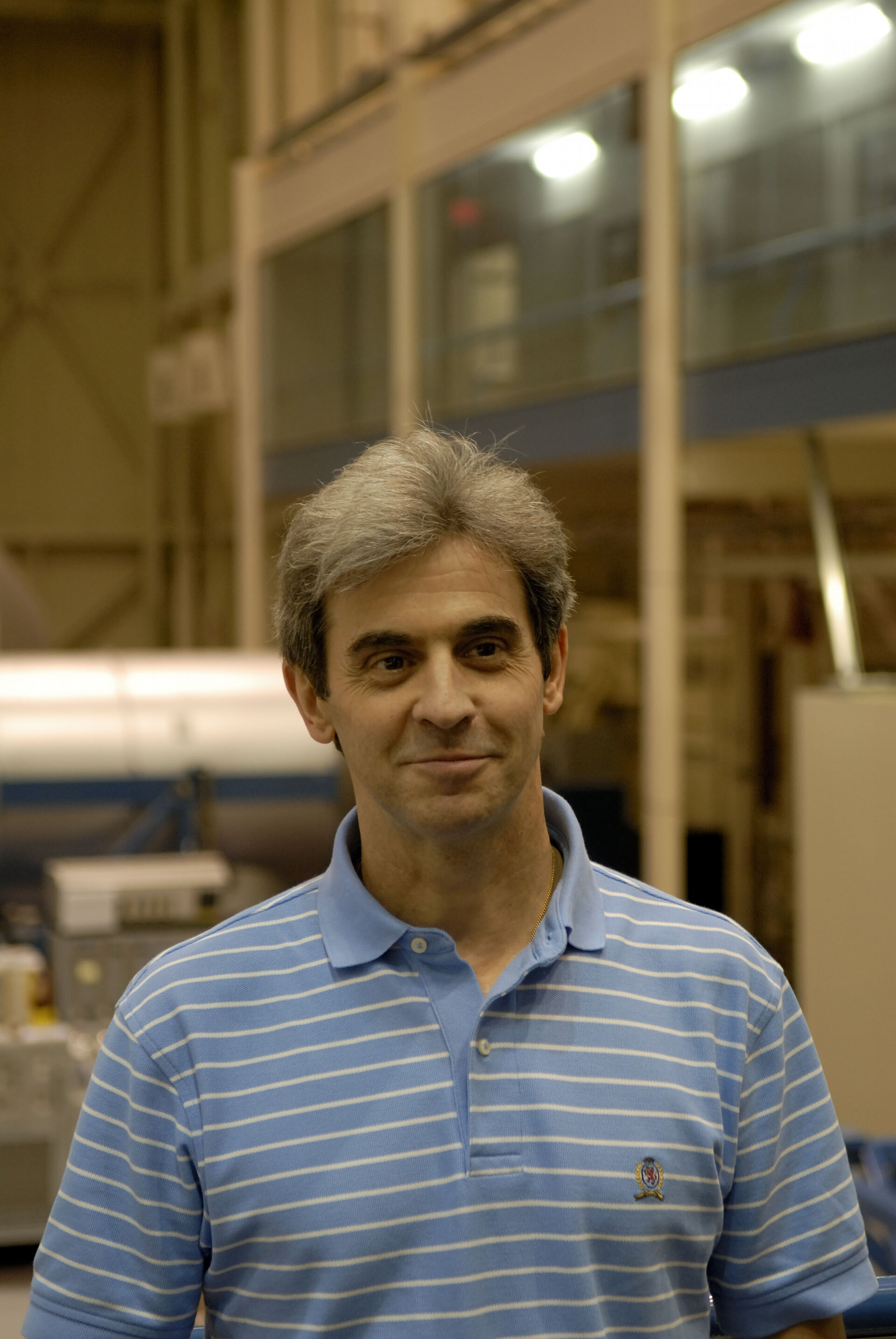 A former test pilot, astronaut since 1990 and a member of ESA’s Astronaut Corps since 1998, Léopold Eyharts is now training for his second flight into space, on the STS-122 mission in October, which will also carry the Columbus laboratory, and another ESA astronaut, Hans Schlegel. From NASA's Johnson Space Center, in Houston, he tells us about his mission.

You have just been selected for a two-month flight on board the International Space Station (ISS) by the end of the year. What will be your tasks on board?

There will be plenty. First, we will have to retrieve the European Columbus laboratory from the Shuttle payload bay, to dock it to the Station and to activate it. Then there will be the commissioning phase for its systems as well as for the science racks already mounted on board. Some of these activities will be conducted while the Shuttle is still docked to the Station and it will continue after its undocking, while I will stay on board, waiting for the next Shuttle flight to return to Earth. I will also be a member of the Expedition 16 permanent crew of the ISS. As such, I will have to get involved in tasks on the U.S. and Russian parts of the ISS too. As a specialist in robotics, one of my tasks will be to operate the Station’s remote manipulator system, in particular during extra-vehicular activities (EVAs), to assist the spacewalking astronauts outside the Station.

When precisely will you become a member of Expedition 16?

What will be the highlights of your mission?

The transfer of Columbus to the Station, its docking and its initial activation will be critical moments. We will have to activate all these systems in order to turn the module into an integral part of the Station. There will also be four spacewalks by the Shuttle astronauts to continue the ISS assembly. Hans Schlegel, from ESA, will participate in three of them. There will be three robotics operators on board at that time. I won’t be in charge of Columbus’ transfer, but I will operate the Station’s arm on the last two EVAs.

When do you start specific training for this mission?

You have flown a three-week mission on board Mir. Was this experience useful to prepare for your next flight?

It was, in particular for all the hardware and operations with the Russian part, because the Russian equipment on board the ISS is an evolution of the equipment we had on Mir. It is also good for my skills in Russian! The experience of spaceflight is always useful, because we already know all the tiny details of the life on board a spacecraft.

Your previous flight was in 1998. What does an astronaut do when he spends 9 years without flying?

I was busy with space activities for all this time. On my previous mission, called 'Pégase', I still was an astronaut with CNES, the French space agency. In August 1998, I entered ESA’s Astronauts Corps and I joined a class of NASA astronaut candidates in Houston with three fellow European astronauts. We underwent two years of training on the Space Shuttle and some basic training on the ISS to qualify as 'mission specialists'. After that, we have been assigned to technical support tasks in the preparation for future missions. As representatives of the Office of Astronauts, we perform technical and operational evaluations. In parallel, we maintain our competence on the Shuttle and the ISS on simulators and we undergo a specialized training on several activities like spacewalks, robotics or orbital rendezvous and docking. Unfortunately, the whole programme suffered a three-year delay after Columbia.

You were Thomas Reiter’s back-up on Astrolab last year. Frank De Winne will be your backup on this flight. What is the actual role of back-ups and how do they feel when they watch the others lifting off?

The back-up undergoes the same training as the prime astronaut. Until two or three weeks before launch, you are prepared just as if you were going for good. For me, staying on the ground was not particularly frustrating. I already had been back-up to Claudie Haigneré in the past. It is part of our job and it teaches us a lot. The training for a mission lasts for about 18 months. This is quite short. When you have already trained as a back-up you feel more at ease.

You will fly on board Space Shuttle Discovery with another ESA astronaut, Hans Schlegel, from Germany. How does that inspire you?

This is not a first: Claude Nicollier and Jean-François Clervoy have already flown together on a Hubble space telescope maintenance mission in 1999. I consider this as very motivating and it fills me with enthusiasm as it is an opportunity to participate in the mission that will set up the main European contribution to the ISS. It is also a huge responsibility as the stakes are high. The year 2007 will be a milestone for human spaceflight in Europe. Of course, there will be our flight with Columbus, but before that, there will also be Paolo Nespoli’s mission with Node 2, the very module to which we will dock Columbus. In addition, we will launch the ATV cargo ship which could still be docked to the Russian segment when I arrive. In this case, its undocking would happen while I’m onboard and I’m training for that too.

You will spend two months with U.S. astronaut Peggy Whitson and Russian cosmonaut Yuri Malenchenko, who will have arrived on the ISS on board a Soyuz spaceship. Did you train with them?

Even if in my case, the confirmation was a little delayed until the negotiations were completed; the flight assignments come 18 months in advance, in order to manage training sessions. Peggy, Yuri and I have been working together for several months. They have a heavier flight plan and a more compact training programme as they will stay on board for six months. We meet regularly to prepare some phases of the mission, in Houston or in Moscow, or even in Cologne, for the training on Columbus.

After your mission, you will have flown both on board the Shuttle and the Soyuz, and also on two space stations. How can this knowledge be used to prepare for the missions of tomorrow?

The missions of tomorrow will still be on the ISS, since it will still be there at least through 2018. We will have regular flights of European astronauts and we will also continue to fly on the Shuttle until 2010. After that, we will have mostly long-duration flights. The experience gained will be very useful. For the missions further in the future, it is too early to tell as it will depend on the decisions to be taken. The United States has initiated a new programme with Orion and the return to the Moon. In Europe, Russia and even Japan, nothing has been clearly defined yet. I doubt that I could be part of those who will be flying at that time, but the experience gained with the current flights is a worthy investment for these future activities.