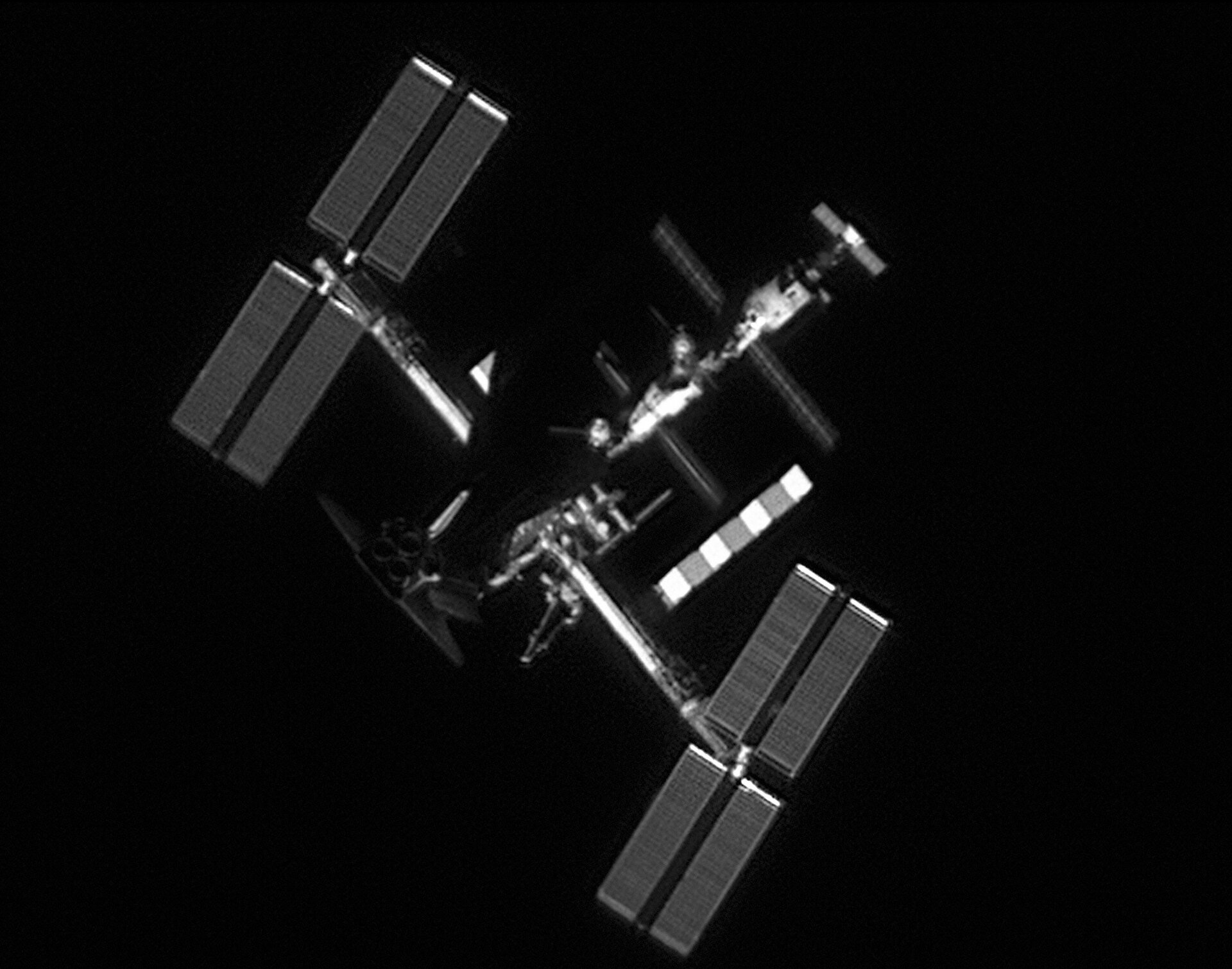 As ESA’s Columbus module sits on the launch pad awaiting liftoff on board the Space Shuttle Atlantis, Europe will have a great view tomorrow night of its destination: the International Space Station (ISS).

The ISS revolves around the Earth at an altitude of 400 km. It travels at a speed of almost 8 km/s. Despite its high-speed passage, you can spot the ISS easily… if you know where to look.

A dot of light

A small, but bright dot of light rises above the southwestern horizon around 18:33 CET. Three minutes after that, the ISS reaches its highest point in the sky, towards the south-southeast. The passage ends at 18:38, when the ISS sets in the east.

Just after dusk, the Station is one of the brightest objects in the night sky, thanks to its enormous solar panels that reflect the suns light. For precise times over your home town, consult ‘Heavens Above’.