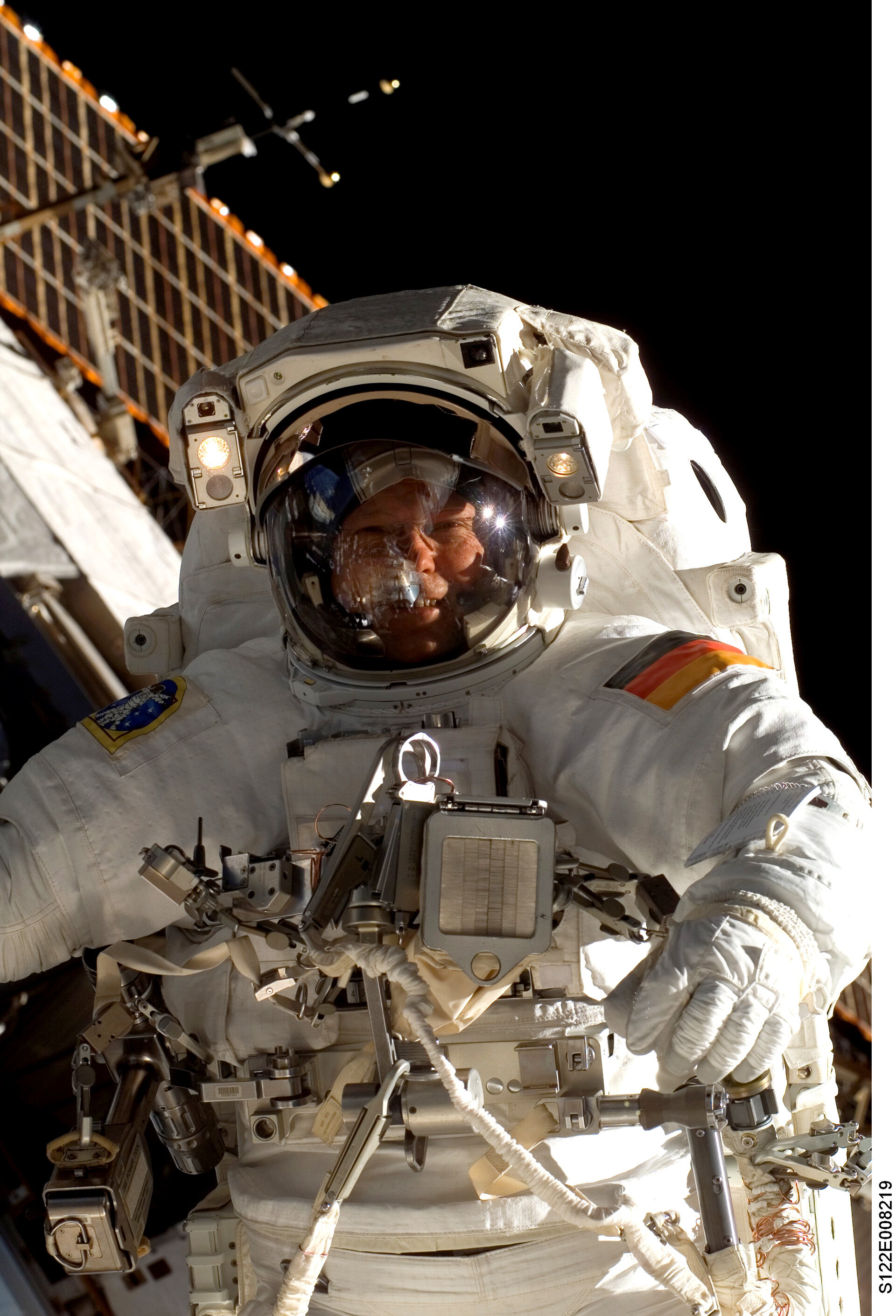 The spacewalkers main task was to replace a nitrogen tank used to pressurise the Station's ammonia cooling system. The replacement of the tank is part of regular Station maintenance. A new nitrogen tank was carried to ISS inside Atlantis’ payload bay.

With the help from Leland Melvin at the controls of the Station’s robotic arm, and with spacewalk coordination provided by Shuttle pilot Alan Poindexter, the spacewalkers moved the new nitrogen tank from its position in Atlantis’ payload bay.

They temporarily stowed it on a Crew and Equipment Translation Aid cart while they removed the old tank. Once the new nitrogen tank was installed, the old tank was transferred to the orbiter’s payload bay for return to Earth.

After finishing the nitrogen tank task ahead of time, the spacewalkers were able conduct some so-called ‘get-ahead’ tasks, such as the installation of thermal covers on the trunnion pins on the newly installed European Columbus laboratory. They also inspected and adjusted the U.S. Destiny laboratory's orbital debris shields.

Stanley Love will join Walheim for the STS-122 mission’s third spacewalk on Friday. They will install two payloads on the outside of Columbus: SOLAR, an observatory to monitor the Sun; and the European Technology Exposure Facility (EuTEF) that will carry eight experiments requiring exposure to the space environment.

NASA announced a decision to extend the STS-122 mission to 13 days. Atlantis will undock from the Space Station on Monday 18 February, and land at 15:06 CET (09:06 Florida time), on Wednesday 20 February, at NASA’s Kennedy Space Center, Florida.