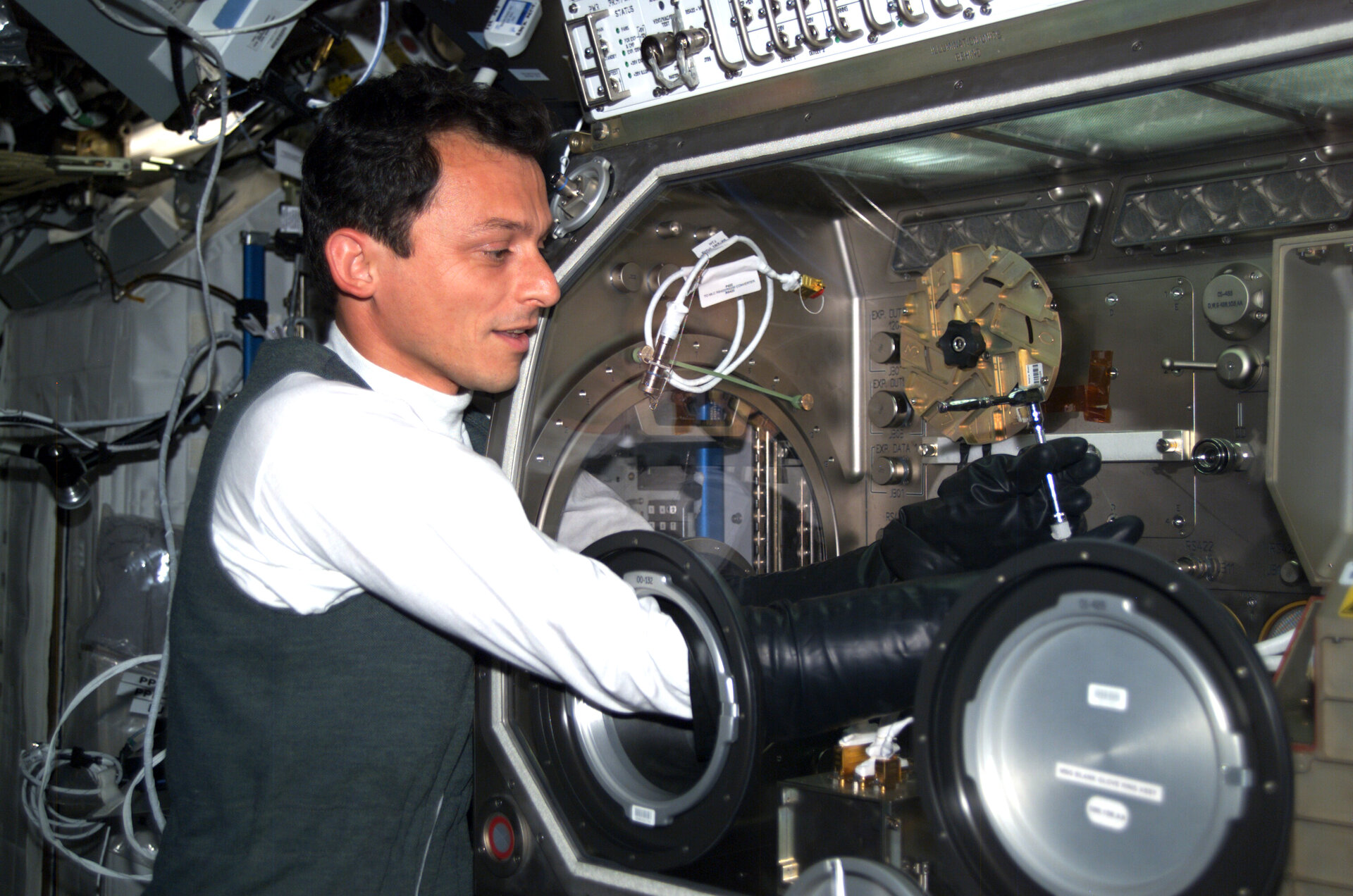 Designing and operating equipment in space is an achievement in itself, but ESA’s Microgravity Science Glovebox has been working for ten years on the International Space Station.

This Glovebox is a sealed workspace that allows astronauts to conduct a large variety of experiments that could otherwise be hazardous to their health. Its large and versatile working area is accessed through loading ports and astronauts manipulate items inside using sturdier and safer versions of kitchen gloves, similar to the way researchers experiment with contagious materials and organisms on Earth.

Built by Astrium in Bremen, Germany, the Glovebox was the first European facility to use the standardised scientific rack system on the Space Station. It arrived on the ISS during Expedition 5 in 2002 and has been in operation ever since.

The equipment has been used for over 12 000 hours on 24 different experiments from NASA and ESA, certainly a record for all Space Station research facilities.

The atmosphere inside the Glovebox workspace can be kept at lower pressure than that of the International Space Station, so that if the experiment enclosure broke or was opened, any chemical spills, small parts or even fires are contained safely inside.

This technology has allowed astronauts to test different ways of safely fighting fires in space. By starting fires in the Glovebox, they could be sure that the fire would not spread, despite testing untried methods of extinguishing fires in spacecraft.

The Glovebox facility has been used in many research fields, from materials science to fluid physics, for example providing data that may help design better brake systems or improve manufacturing of lighter and stronger metal alloys.

Despite its long life, the Microgravity Science Glovebox is not retiring soon. Instead of returning to Earth this year as originally planned, NASA has decided to keep using this unique hardware until at least 2020 and even upgrade the facility while it is still on the ISS.

The system will be improved to allow experiments on living organisms. Part of the upgrade will see the scientific laboratory fitted with new biological filters, new gloves and an ultraviolet decontamination system to support life-science experiments.

Its video recording system will get new high-definition cameras and monitors, high frame-rate cameras and digital video storage to allow the scientists on Earth to review experiments in more detail. The upgrades should be ready to be flown to the International Space Station in 2013.

Martin Zell, ESA’s Head of Space Station Utilisation, concludes: "Our cooperation with NASA on this project has worked seamlessly during development and over the past ten years of operations to facilitate 14 ESA experiments in addition to all the NASA experiments. With hundreds of experiment runs, the Glovebox has led to excellent scientific results that are of high importance here on Earth. We foresee good perspectives for the new experiments under preparation."