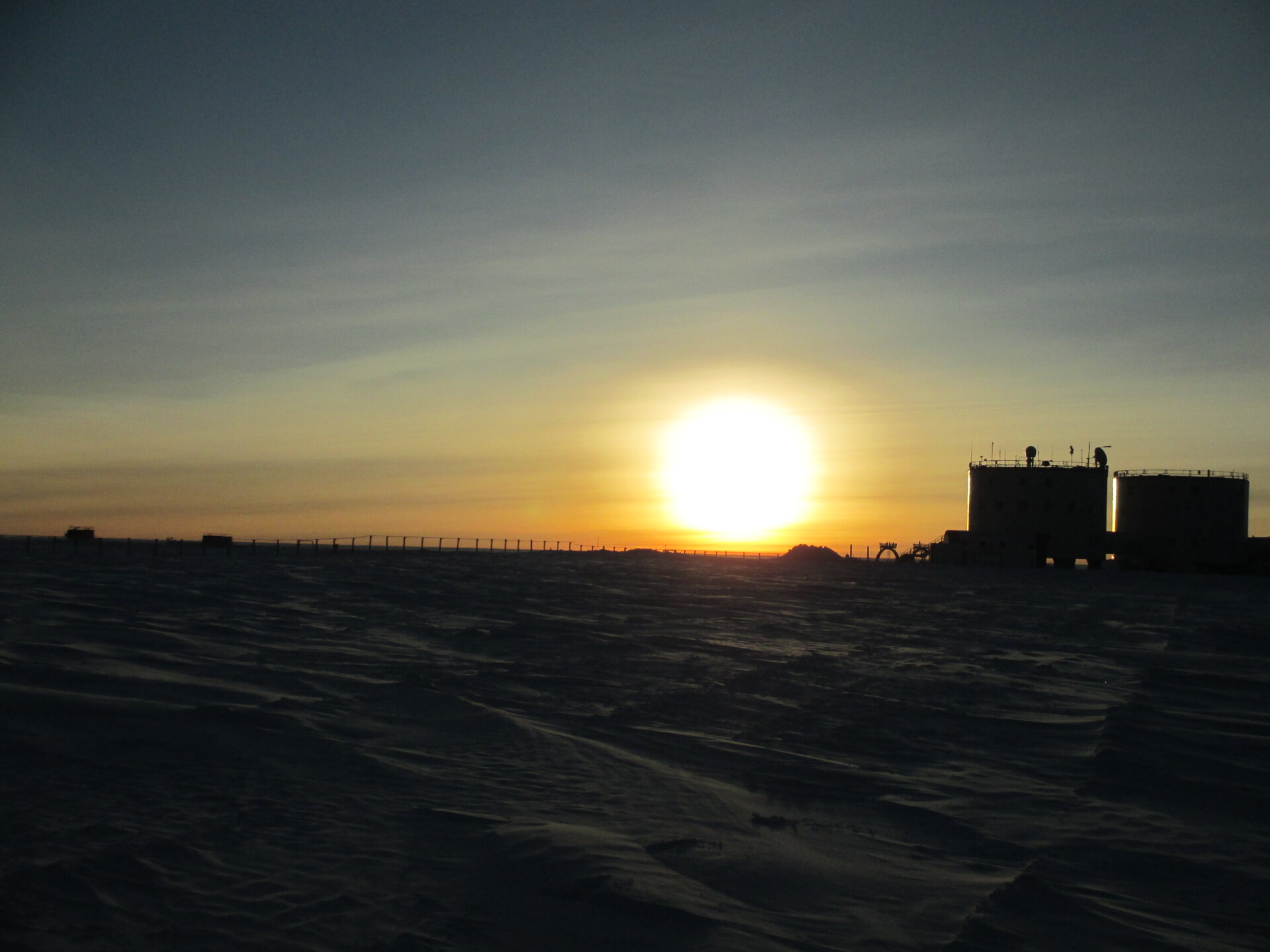 The journey to the Concordia research base in Antarctica is never predictable. Delays due to weather can keep travellers at the stopover points for days. During the Antarctic winter all travel to Concordia is out of the question as temperatures plunge to –80°C during the four months of darkness.

With only a few days’ delay, ESA-sponsored medical doctor Adrianos Golemis has reached Concordia and has been briefed by Evangelos Kaimakamis, who has already spent a year running experiments at the base.

Adrianos will spend the next year investigating how humans cope with living in stressful situations far from home with no chance of rescue – just like astronauts exploring our Solar System.

The first months will be busy, with the many scientists living in and around the base conducting research at world’s end. As the days grow colder and shorter the scientists will leave the permanent Concordia crew of 13 in February to keep the base running and fend for themselves for nine months.

As the base and scientific equipment are kept running while the Concordia scientists work on their Antarctic science – climatology, glaciology and meteorology – Adrianos will run human research experiments on the crew and himself to see how they react to the extreme environment.

This year, nine ESA experiments led by researchers from Germany, France, Austria, Sweden, Italy and Canada include looking at how mood affects food intake, how vitamin D influences their health and how blood vessels change over the course of the stay.

Long-term studies are looking at how computers could analyse spoken language to create automatic and impartial mood assessments and how lower atmosphere pressure can influence breathing problems during sleep.

The results will help to prepare for future space exploration and benefit humans who stay closer to home. Researchers can apply to have their experiments selected for future expeditions as part of ELIPS – the European Programme for Life and Physical Sciences in Space. Concordia is run by the French IPEV polar institute and the Italian PNRA Antarctic programme.

Follow the crew with personal updates on the Concordia blog as they prepare for the long harsh winter and learn to live and survive together in one of the most extreme places on Earth.