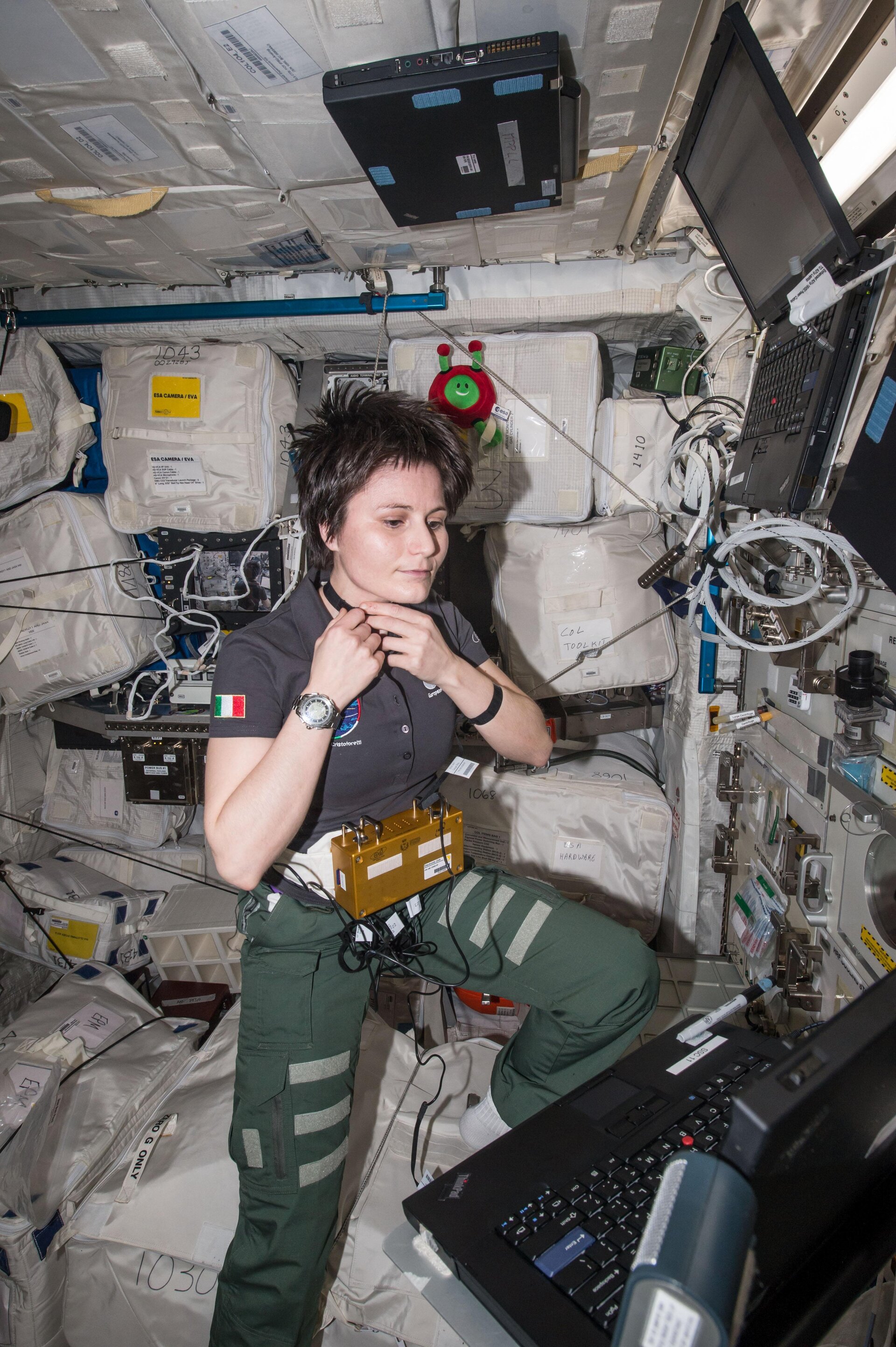 Danish start-up LEAP Technology is working with student teams at the Fashion Akademiet Copenhagen on their Couture in Orbit projects. Co-founder Rahimullah Sarban explains how a technology dubbed ‘artificial muscles’ – already flown in space – is also serving as the basis of wearable precision motion sensors.

Our company was started in 2013: four of us working for Danish company Danfoss decided to fill a perceived gap in the value chain, seeking to commercialise the same technology we were already working with, known as ‘electroactive polymers’ or EAPs for short – sometimes termed artificial muscle. That term came from Stanford University in the early 1990s, where the thinking was future robots should operate more like us – with soft, flexible actuation mechanisms, rather than clunky motors to move them.

The result was a rediscovery of rubber-like EAP (the underlying technology goes back to the 19th century), which is indeed similar to muscle in terms of softness and stretchability when an electrical voltage is run through it, actuating in the same way.

There’s been a lot of research performed since, and our commercial interest has been in the idea that EAP can also be used as the basis of sensors, essentially working in reverse: instead of mechanically moving when a voltage is run through it, when it is moved then a voltage is changed, and this can be measured to derive their stretching length very precisely.

Our prototype sensors can reliably pick up a movement of about a tenth of a millimetre, maintaining extreme reliability over a long time. The whole sensor is made of rubber material, enclosed within sealed coatings, so it doesn’t break easily.

Actually, the technology has already flown in space. In our previous employment we prepared a stretch sensor for the neck to measure blood flow from the brain to the heart, supplied to an Italian research group for use in orbit by ESA astronaut Samantha Cristoforetti (an experiment called ‘Drain Brain’).

EAP in general is lightweight and so well suited to many applications in space travel as well as human monitoring.

So far our company has focused mainly on capturing the biomechanical motion of the human body as well as gathering data for the healthcare sector, especially for rehabilitation, and monitoring patients over the long term in terms of their breathing, walking and so on. So we have done work already with specialised clothing and medical garments, but Couture in Orbit marks the first time we’ve entered into the fashion field, supplying the Fashion Akademiet in Copenhagen. So it’s been educational – we’ve seen clothes in a whole new context. We didn’t know that colour was so important!

For fashion clothing of the future it will be possible to measure people’s posture – how wearers walk, run or sit – to improve their health and also how the clothing looks on the person, or quantify and optimise their movement along a fashion catwalk.