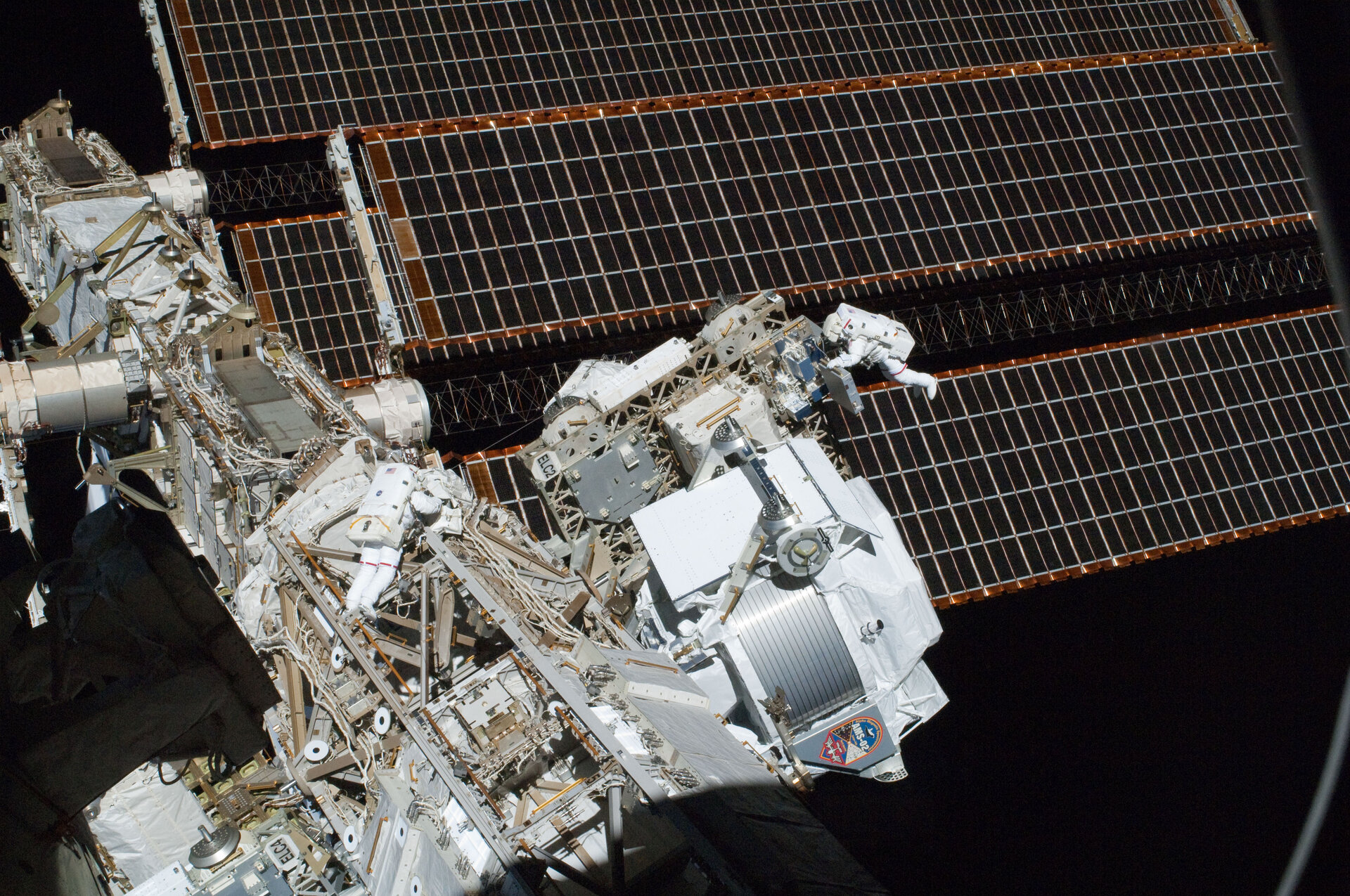 Space Shuttle Endeavour undocked from the Space Station on Monday morning at 03:55 GMT after being docked to the orbital outpost for almost 12 days. The STS-134 mission will end on Wednesday at 06:32 GMT with a landing at the Kennedy Space Center in Florida.

The mission’s main task was accomplished on 19 May, when the AMS-02 Alpha Magnetic Spectrometer cosmic-ray detector was attached to the S3 truss in a carefully choreographed operation of the Shuttle and Station robot arms.

ESA’s Roberto Vittori was at the arm controls in Endeavour with Drew Feustel, while the other arm was controlled from the Station’s Cupola by Gregory Johnson and Gregory Chamitoff.

Following three hours of zero-gravity ballet, AMS-02 was firmly attached and all the power and data lines connected.

The instrument almost immediately began recording data and captured its first cosmic rays the next day.

After installing AMS, the Shuttle astronauts made two spacewalks to retrieve external experiments and attach new ones. They also added an antenna on the Destiny laboratory for external wireless communications.

Last Monday evening, the crews bade farewell to three Expedition 27 colleagues, including ESA’s Paolo Nespoli, who returned to Earth after 159 days in space.

The Shuttle astronauts then performed two more spacewalks. They installed a grapple fixture for a robotic arm on the Zarya module and upgraded the power feed to the Station’s Russian section. They also repaired the thermal insulation on one of the spare gas tanks of the Quest airlock.