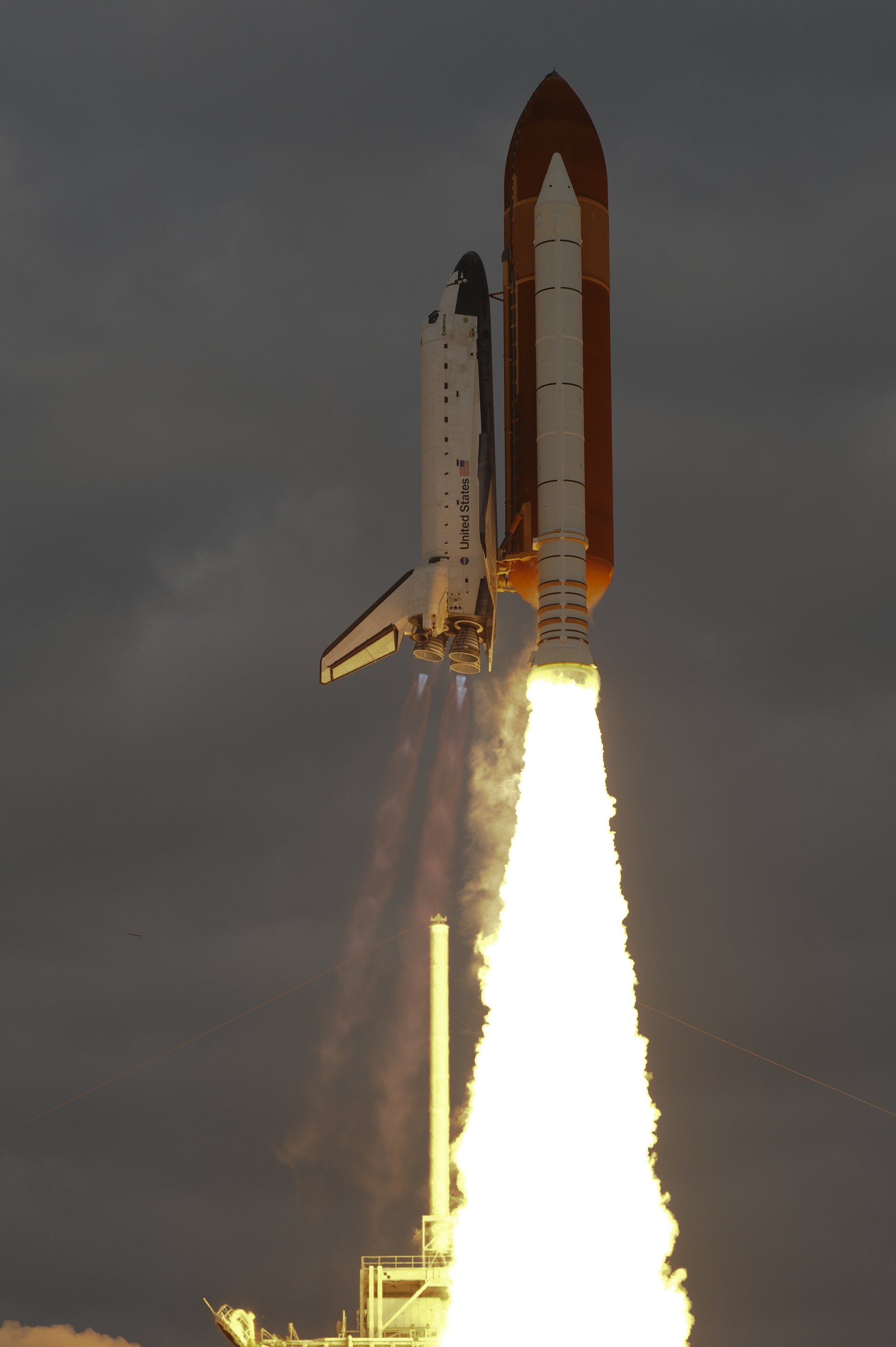 ESA astronaut Roberto Vittori and his five crewmates will spend 16 days in space on a mission to deliver highly sophisticated European instrument designed to identify the cosmic fingerprints left by antimatter and ‘dark matter’ in the Universe.

Welcoming him aboard the International Space Station (ISS) will be fellow Italian ESA astronaut Paolo Nespoli, who has been working aboard since December.

Roberto’s mission is named DAMA in reference to the search for the mysterious dark matter that will be conducted by the 6.9-tonne fundamental physics payload, the AMS-02 Alpha Magnetic Spectrometer, probably the most ambitious science payload ever launched to the Station.

“The international science community has great expectations of the data to be collected by AMS-02 to understand key questions such as: what makes up the Universe’s invisible mass?“ said Jean-Jacques Dordain, Director General of ESA.

“In this, it beautifully complements the observations of ESA's Planck space observatory, which is measuring the fraction of the invisible mass to a high degree of precision, and the Herschel satellite, which is for example observing its effects on young galaxies.

“AMS is a perfect example of the uniqueness of the ISS to promote fundamental scientific research in various disciplines, such as life sciences, Earth observation, material sciences and physics.

“With the recently approved extension of ISS to 2020, we now have the capability to offer an international laboratory to scientific communities around the world to push the frontier of knowledge.”

Using a giant 1.2-tonne magnet that generates a field 4000 times stronger than Earth’s own, AMS-02 will analyse high-energy cosmic rays with unprecedented sensitivity and accuracy to look for antimatter and dark matter.

Antimatter is believed to have been created on a par with normal matter but it seems to have disappeared from the Universe we know today. Dark matter is estimated to account for around 90% of our Universe’s mass, but it has not been detected directly so far.

STS-134 is the 26th and last Shuttle mission to carry an ESA astronaut, marking the end of the close collaboration on the programme between the two agencies.

ESA astronauts have served on the crews of about one in five of all Shuttle missions over three decades, and has directly contributed to about two thirds of the missions. The major primary payloads include the Spacelab laboratories, the Ulysses solar probe, the Eureca free-flyer, and four of the Station modules – especially the Columbus laboratory.

Endeavour and Roberto Vittori are scheduled to return to Earth on 1 June.

Two other ESA astronauts are training for six-month missions to the ISS as part of the permanent crew. Next to go is André Kuipers, who will be launched on a Soyuz in November. Luca Parmitano, the first from ESA’s 2010 class of astronauts to get a mission assignment, is preparing for his Soyuz launch in December 2013.