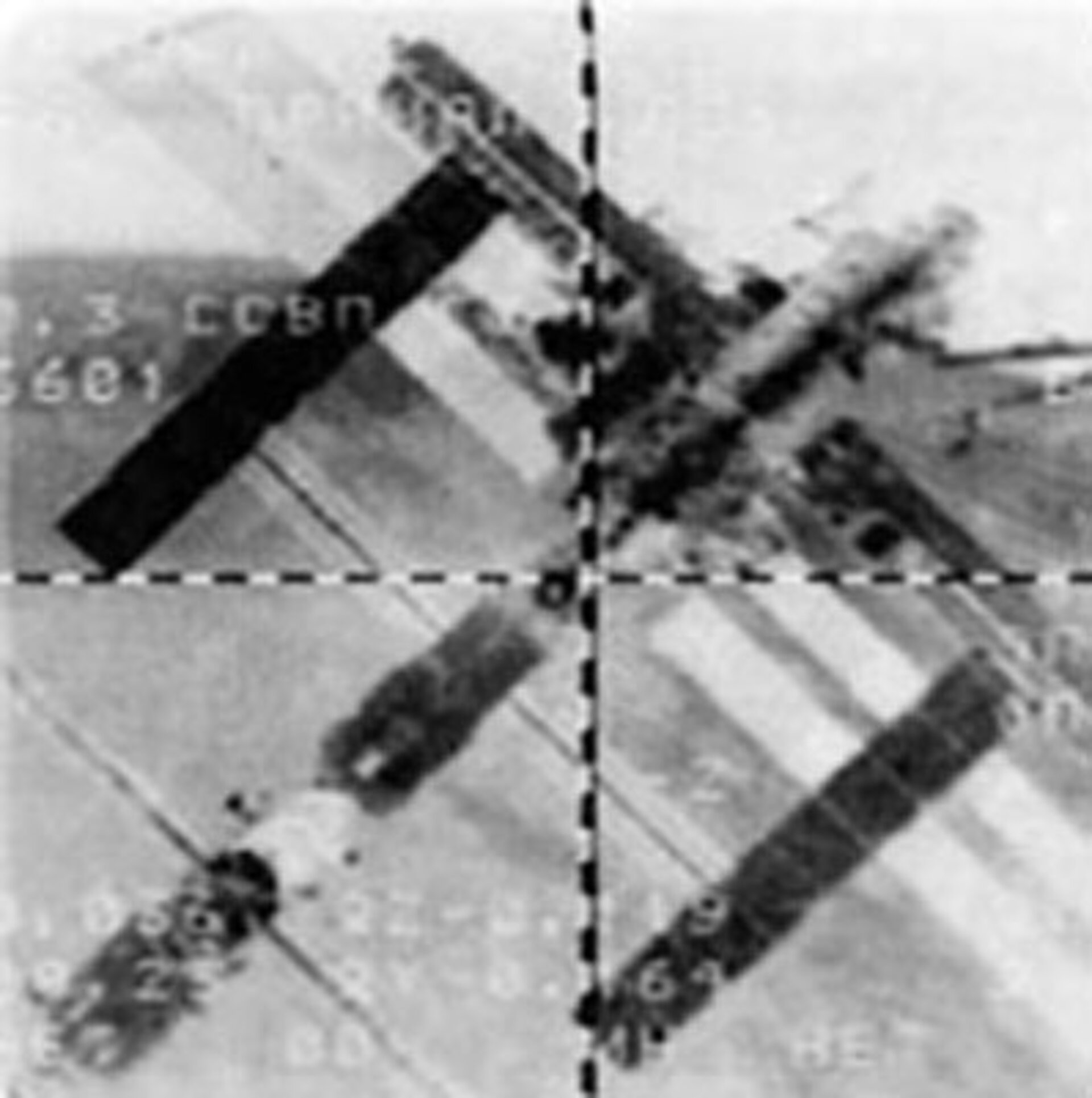 Docking by Soyuz TMA-4 with the nadir port of the Russian Zarya module took place at 07:01 Central European Time (CET). Following the scheduled post-docking checks, the hatch between the spacecraft and the ISS was opened at 08:27 CET.

Soyuz TMA-4 lifted off from Baikonur Cosmodrome in Kazakhstan two days ago on Flight 8S. During the journey, Kuipers was the Soyuz Flight Engineer, taking an active role in piloting and docking the spacecraft alongside FKA cosmonaut Gennady Padalka, the Soyuz Commander who will become the ISS Expedition 9 Commander. The third crew member was NASA astronaut Edward Fincke, the ISS Expedition 9 Flight Engineer.

Kuipers is the second Dutch citizen in space, following Wubbo Ockels in 1985. During his 11-day mission, nine of them on the ISS, Kuipers will carry out an extensive experiment programme in the fields of human physiology, biology, microbiology, physical science, Earth observation, education and technology. Part of this programme started in Soyuz TMA-4 on the flight to the ISS, with Kuipers carrying out procedures for two human physiology experiments (MOP, MUSCLE) and two biology experiments (FLOW, KAPPA).

On arrival at the ISS, one of the first tasks for Kuipers after hatch opening is to transfer the experiment equipment and samples from Soyuz TMA-4 to the ISS. Other experiment equipment for the mission was transported to the ISS on an unmanned Progress supply ship on flight 13P, launched on 29 January this year.

Kuipers’ activities on his first day on the ISS cover a majority of the various experimental fields. He will transfer biological samples between the European-built Kubik incubators. This will cover the biological experiments ACTIN, ICE-first, FLOW, KAPPA and TUBUL. He will carry out procedures for the human physiology experiments CIRCA, Motion Perception (MOP) and MUSCLE and take samples for the microbiology experiment, SAMPLE, an investigation into bacteria on the ISS.

Within the area of technology demonstration he will activate the HEAT experiment in the European-built Microgravity Science Glovebox; the aim is to test a heatpipe in space in order to develop more effective heatpipes for use in cooling systems.

On the education side of the activities for day 1 on the ISS, Kuipers will install two university student experiments, BugNRG, which will investigate bacterial fuel cells in weightlessness, and GraPhoBox, a plant growth experiment. These were the winners of a competition organised by the Dutch government through the Ministry of Education, Culture and Science. Kuipers will also undertake the first part of an educational experiment called Seeds in Space, in which tens of thousands of schoolchildren are directly involved. These children, aged from 10 to 15, will be gaining hands-on experimentation experience by carrying out the same seed germination experiment at the same time as André Kuipers in space.

The Dutch government is the sponsor of the mission through the Ministry of Education, Culture and Science and the Ministry of Economic Affairs, many of the experiments having been developed by Dutch researchers and built by Dutch industry and research institutions. In addition to the experimental programme of the DELTA mission, time has been set aside for Kuipers to take part in public affairs activities and emergency ISS training on his first day at the ISS.

His programme of scientific experiments, technology demonstrations and educational activities will continue throughout the 11-day mission. This concludes when he returns with the ISS Expedition 8 crew, Michael Foale and Alexander Kaleri, early in the morning of 30 April. They will return in the Soyuz TMA-3 spacecraft, which has been stationed at the ISS with the Expedition 8 crew for the last six months to act as an emergency lifeboat. Kuipers will be the Flight Engineer on the return flight in Soyuz TMA-3, which flew ESA astronaut Pedro Duque to the ISS on the Cervantes mission in October 2003. Soyuz TMA-4 will remain docked with the ISS for approximately six months as the lifeboat for the ISS Expedition 9 crew. Information on the DELTA mission and its progress can be obtained from http://www.esa.int/delta and http://www.spaceflight.esa.int/delta.

Mission briefings in Internet streaming video are broadcast every day at 10:00 and 15:00 at the following Internet address: http://streamiss.spaceflight.esa.int/delta

The media are invited to follow the mission live from the DELTA Mission Information Centre at ESA’s ESTEC establishment in Noordwijk, which is open to the press every working day throughout the mission from 08:00 to 20:00.