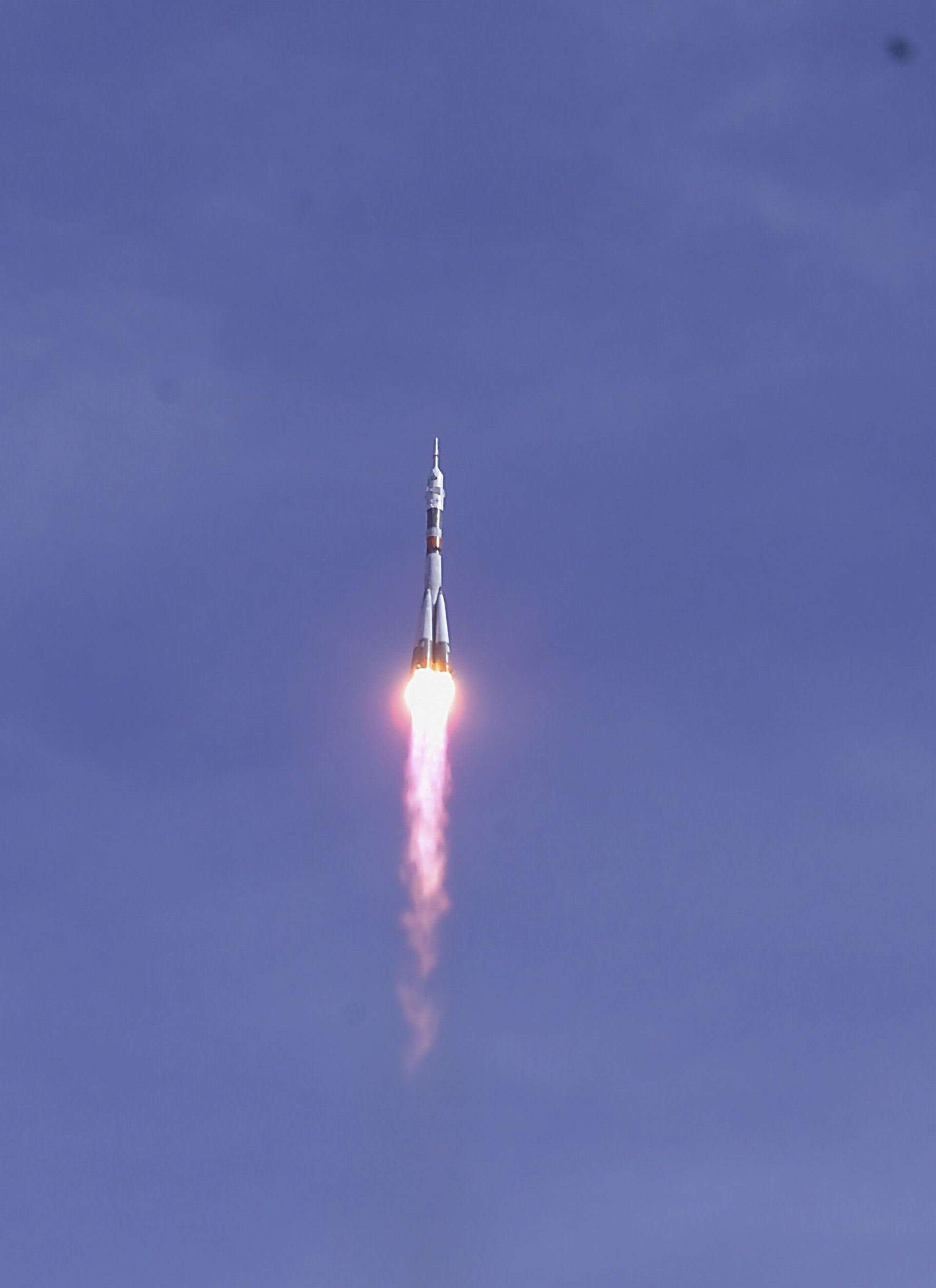 Nearly half as tall as the tower of Utrecht Cathedral, the Soyuz FG rocket will carry André Kuipers and the Expedition Nine crew to the International Space Station in April.

Russian launch vehicles are named after the payload that they carry or the spacecraft they launch. In this case, it is called Soyuz after the eponymous capsule. The first manned capsule of this series was put into Earth orbit on 23 April 1967. With a curriculum vitae that includes over 1700 manned and unmanned launches, the Soyuz rocket is the most frequently used launch vehicle in the world.

The rocket consists of three stages that provide thrust at various points in the flight until the Soyuz capsule finally settles into orbit around the Earth. The first stage consists of four boosters, each about twenty metres in length. Together, they provide the main thrust in the first two minutes of the flight and are subsequently jettisoned. The second stage, or central core, takes care of the next 168 seconds.

In less than five minutes, the first two stages burn 225 000 kilograms of kerosene and liquid oxygen. When these have burned out, the third and last stage continues the upward trajectory.

Right at the top of the structure are the manned Soyuz capsule and the emergency rescue system.

When the last 22 tonnes of fuel have also been converted into forward thrust, the crew are eight minutes and forty seconds into their journey and are making a low-level orbit around the Earth. The Soyuz spacecraft separates and will continue to climb under its own power to an altitude of about four hundred kilometres, where it will dock with the International Space Station.