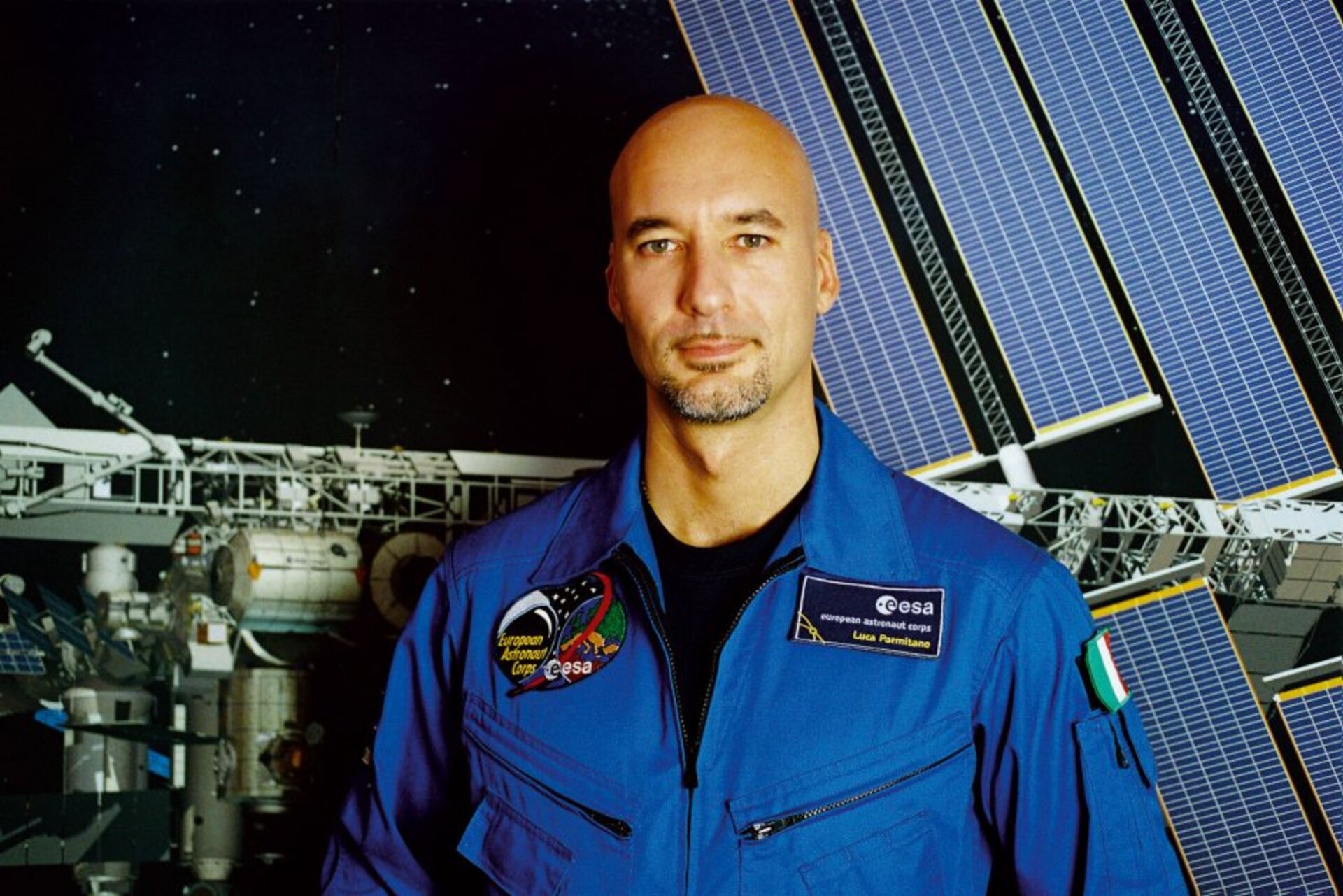 ESA PR 08-2011 - ESA astronaut Luca Parmitano has been assigned to fly on the International Space Station from May to November 2013, serving as a flight engineer for Expeditions 36 and 37.

Recently qualified as a European astronaut, Luca will head into orbit aboard a Soyuz TMA spacecraft and will work on the Station for over six months. This will be his first spaceflight and the fifth long-duration mission for an ESA astronaut.

NASA has announced the crewmembers to fly to the International Space Station (ISS) for Expeditions 36–39. Now part of a six-astronaut international ISS crew, Luca was selected as an ESA astronaut in 2009 and was proposed by the Italian space agency, ASI, for this mission. The flight opportunity has been provided by ASI in agreement with NASA.

Aged 34 and a Captain in the Italian Air Force, Luca Parmitano has logged more than 2000 hours of flying time, is qualified on more than 20 types of military aircraft and has flown over 40 aircraft types. He will be the fourth Italian citizen to fly to the Space Station.

From May to September 2013, Luca will be accompanied on the ISS by the cosmonauts Pavel Vinogradov, Maxim Suraev and Aleksander Misurkin, as well as by the NASA astronauts Karen Nyberg and Christopher Cassidy.

From September to November 2013, cosmonauts Oleg Kotov and Sergey Ryazansky, together with NASA astronaut Michael Hopkins, will also join him on the Station.

A new class of European astronauts

ESA Director of Human Spaceflight, Simonetta Di Pippo, stressed her satisfaction at seeing the first astronaut of the 2009 group assigned to a mission.

"Luca is a member of the new class of ESA astronauts, and he will be a perfect space ambassador to promote the benefits of human spaceflight on Earth," said Mrs Di Pippo.

"His assignment brings the certainty that Europeans will be part of a new era of the utilisation of the International Space Station, an era with broader exploration ambitions.

"We are now in the process to extend the ISS operations until 2020, and we have also to think about additional flight opportunities for our astronauts, who perform our research in orbit.

"We need to trigger a collective effort among the international partners, the European industry and ESA teams on the ground.

"Having followed closely the selection process among thousands of European candidates, I’m proud to say today that Luca is the story of a success. He brilliantly passed the first ESA basic training showing a huge team spirit and a strong leadership, all indispensable values for the success of the human spaceflight endeavour."

As a member of the European Astronaut Corps, Luca will be extensively trained for this mission at the various ISS facilities in the USA, Russia, Japan and Canada.

The Corps is heavily involved in ISS operations. While Paolo Nespoli is currently flying a long-duration mission on the Station, Roberto Vittori is assigned to an ASI flight opportunity on the Space Shuttle, to be launched in April. André Kuipers will serve as a flight engineer for Expeditions 31–32 at the end of this year.