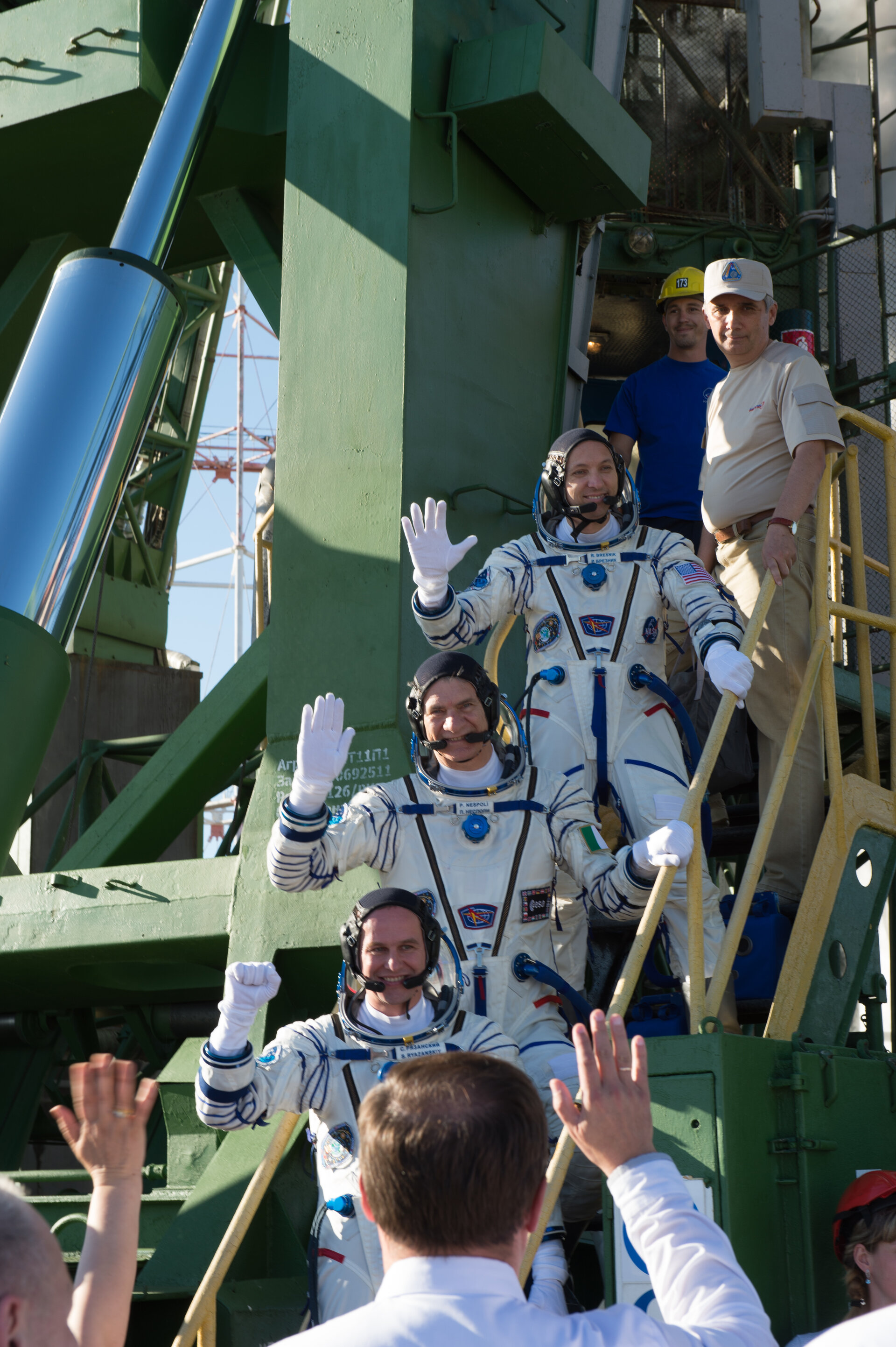 ESA astronaut Paolo Nespoli, NASA astronaut Randy Bresnik and Roscosmos commander Sergei Ryazansky were launched into space yesterday from the Baikonur cosmodrome in Kazakhstan at 15:41 GMT (17:41 CEST). Their Soyuz MS-05 spacecraft circled Earth four times to catch up with the International Space Station six hours later and the crew are now settling into their new home and place of work for five months.

Paolo’s mission name is ‘Vita’, which stands for Vitality, Innovation, Technology and Ability and was chosen by Italy’s space agency ASI, which is providing the mission through a barter agreement with NASA.

This is Paolo’s third spaceflight and third visit to the Space Station – he has already clocked 174 days in space with previous missions, one flight on a Space Shuttle in 2007 and a five-month mission in 2011.

Yesterday's flight is the second for Sergei and Randy. The trio are joining NASA astronauts Peggy Whitson and Jack Fischer and cosmonaut Fyodor Yurchikhin, who welcomed them to the orbital outpost.

After docking to the Rassvet module, the hatch between the Soyuz spacecraft and the International Space Station was opened at 23:57 GMT (01:57 CEST) marking the beginning of the Vita mission.

The six astronauts that now live on the Space Station had a brief press conference and link-up with friends and family shortly after their arrival.

It is six years since Paolo’s last visit to the Space Station and the ‘weightless’ laboratory has changed since then. Modules have been relocated and systems have been upgraded. New commercial spacecraft are ferrying supplies to the Station and Paolo will help grapple and dock the regular arrival of cargo ships with the Station’s robotic arm.

Paolo has a full schedule of science and experiments planned for his five-month mission. He will continue running experiments from the international partners that keep the International Space Station aloft and take part in some as a test subject.

The opportunity to run experiments for a long period of time on the 17-year-old Space Station with state-of-the-art research facilities is what makes the laboratory so attractive for scientists on Earth – from investigating metals, plants and our planet, to understanding the secrets of our Universe.

The first two weeks for Paolo will be spent readapting to living and working in microgravity. While living in space, he will see his spine will grow longer, fluids in his body will shift towards his head and his bones will weaken.

These changes need to be understood so that we can explore our Solar System and send humans farther into space, but they also offer interesting opportunities for researchers looking at the causes of similar ailments on Earth, such as osteoporosis. Astronauts in space undergo a form of rapid aging that is reversible when they return to Earth, making them fascinating case studies.

Follow the mission through Paolo’s eyes on social media via paolonespoli.esa.int