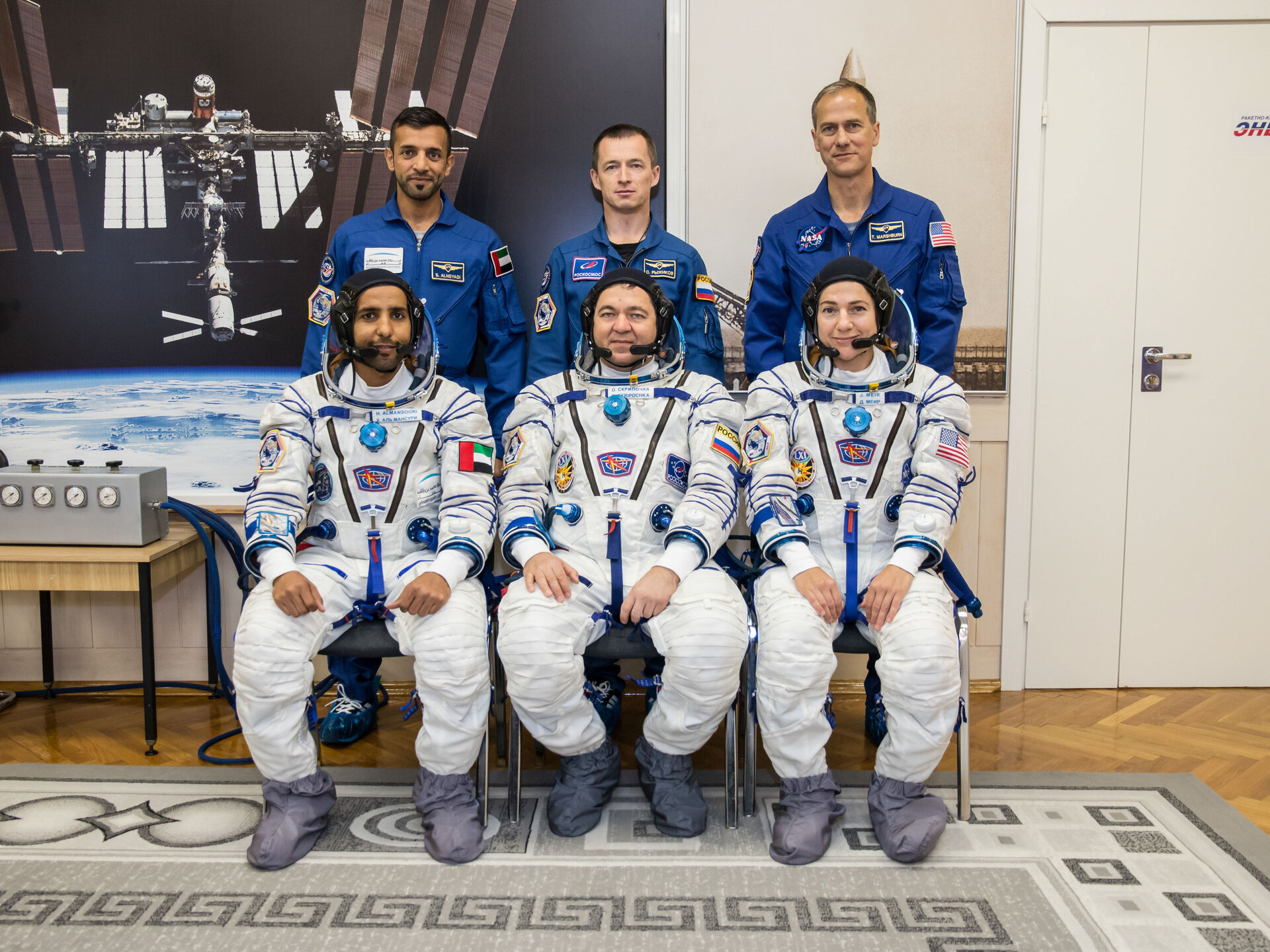 The United Arab Emirates’ (UAE) first ever astronaut, Hazza Al Mansoori, is set to fly to the International Space Station, where he will be supported on the ground by ESA-trained operations personnel at a newly-established control centre in Dubai, UAE.

Hazzaa will be launched alongside NASA astronaut Jessica Meir and Roscosmos cosmonaut Oleg Skripochka in a Russian Soyuz spacecraft from the Baikonur Cosmodrome in Kazakhstan on 25 September.

ESA director of human spaceflight David Parker says “ESA is happy to welcome an astronaut from a new spacefaring nation and looks forward to working together in operations and science in the Space Station.”

During his short, but busy stay on Station, Hazzaa will carry out sessions for two European experiments: Time and Fluidics. The Time experiment investigates the way astronauts perceive time in space while Fluidics looks at how fluids behave in microgravity.

He will also undertake post-flight sessions for European experiments Brain DTI and DNAm-Age, which study the effect of microgravity on the human brain and any changes in how DNA is expressed after spaceflight, and record a number of videos to be used for education and outreach.

ESA astronaut Luca Parmitano will also participate in these four experiments during his current Space Station mission known as Beyond.

ESA management support officer Antonio Fortunato is part of a team managing ESA’s relationship with MBRSC and says Hazzaa’s short-duration mission is just one element of the UAE’s developing space programme. They have already launched and are operating satellites from their space centre.

“The UAE want to do more and more in space. This includes learning how to carry out operations from the ground and what it means to fully support an astronaut’s mission to the International Space Station in real time,” he explains.

“This is an area ESA is expert in and we have been working with them over the past year to train flight controllers and ground controllers in Germany, and assisting in the set-up of a UAE operations support centre.

Final installation was carried out during the first week of September and the MBRSC operations support centre is equipped with two fully functional consoles, connecting UAE support personnel with the International Space Station via ESA’s Columbus Control Centre and Eurocom team.

Antonio says for the most part, any UAE communication with astronauts on Station will be carried out in English and routed through ESA’s Communicators or Eurocoms, but ESA’s control centre can patch through a direct link from space to ground should they need to speak in Arabic for any reason during the mission.

Hazzaa will return to Earth in the Russian Soyuz MS-12 spacecraft on 3 October with NASA astronaut Nick Hague and Roscomos cosmonaut Alexei Ovchinin. The trio’s departure will mark the start of Expedition 61 as Luca takes on the role of International Space Station commander.