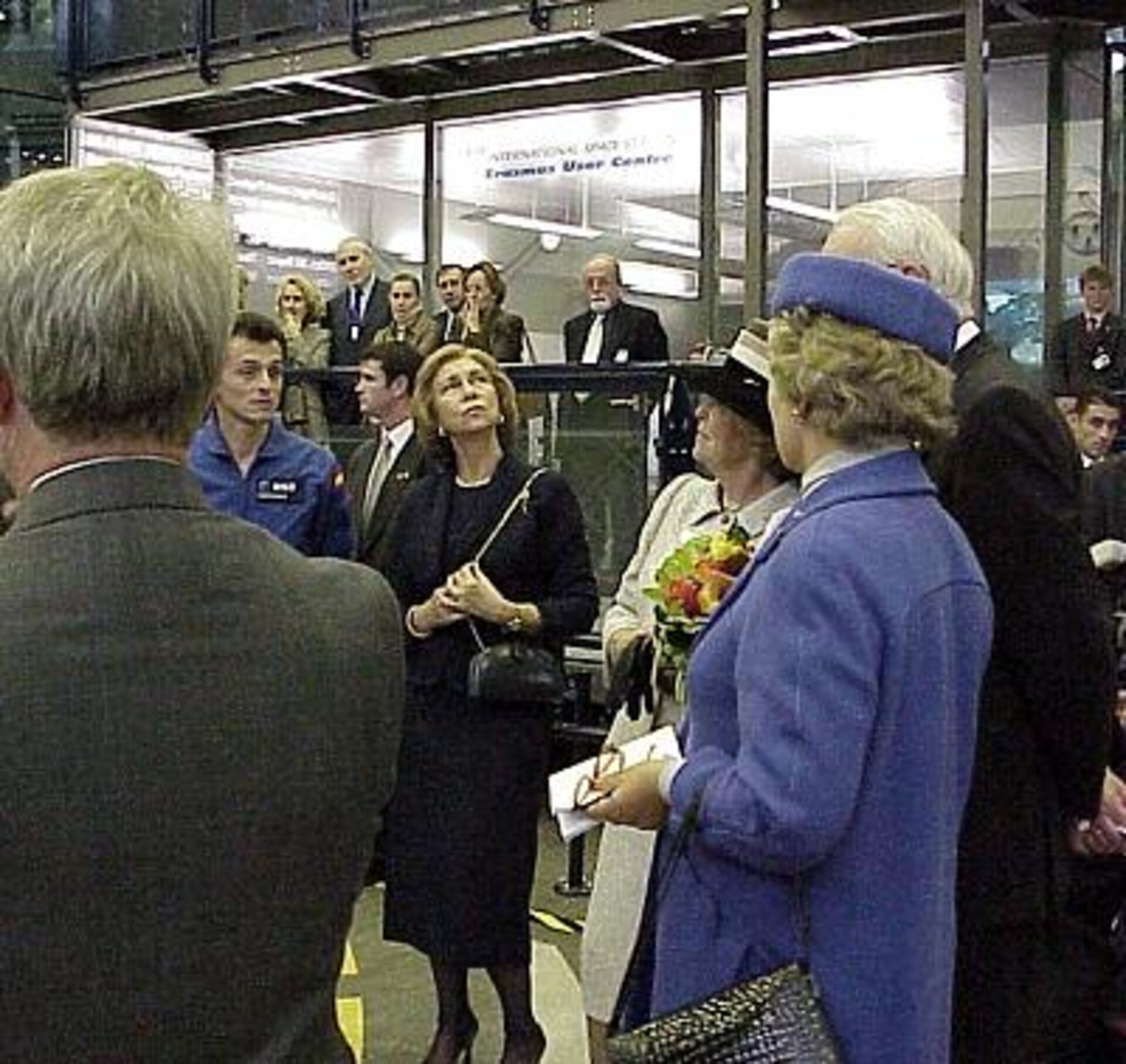 The Dutch and Spanish flags fluttered brightly in the autumn sunshine outside ESTEC's International Space Station User Information Centre today as ESA welcomed some very distinguished visitors. King Juan Carlos and Queen Sofía of Spain, on a state visit to The Netherlands, came with their host Queen Beatrix to see Europe's space agency in action.

The royal visitors listened to Antonio Rodotà, ESA's Director General explain the Agency's role and watched a wide-screen video presentation summarising current ESA projects. Then the royal party was taken around a life-size replica of Europe's Columbus module, due to launch in 2004.

Three ESA astronauts currently based in Noordwijk - Italy's Umberto Guidoni, Spain's Pedro Duque and André Kuipers from the Netherlands - were on hand to explain from first-hand experience just how things worked.

"They were all very enthusiastic. I was surprised how much they were interested in the technology as well as the business of living in space", said Kuipers. "Queen Beatrix wanted to know if Dutch companies were supplying solar panels to the Station, in fact they are building them for the Automated Transport Vehicle. King Juan Carlos was very informal, very relaxed."

Pedro Duque, who has met King Juan Carlos three times before, was less taken by surprise. "He always asks intelligent questions. He's very enthusiastic about space." ESA's Director General Rodotà agreed. "We took the royal guests on a virtual reality visit through the Station. The King was impressed, but wanted more. Instead of a virtual walkaround, he'd like to be present at a real launch in the near future." So even for royal guests space holds a special magic.