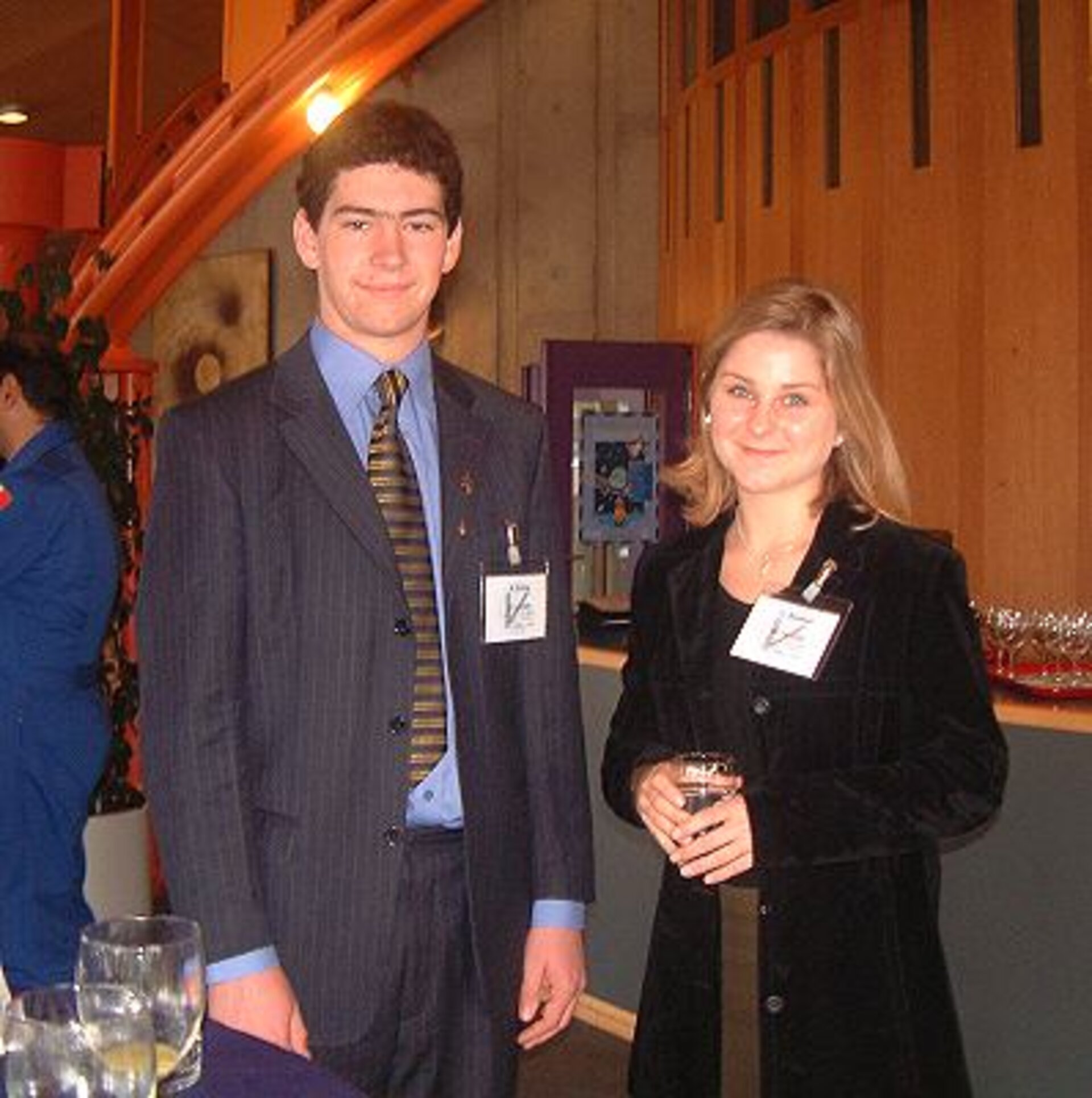 The two prizewinners in UNESCO’s ‘Space and Daily Life’ essay contest, Carike Bosman from South Africa and Alastair Evans from the United Kingdom, attended an award ceremony at ESA’s research and technology centre, ESTEC, in the Netherlands, this week.

The award ceremony, on 7 October, concluded the two International Space Station (ISS) Days at ESTEC, which were held in celebration of World Space Week 2002.

The theme for the UNESCO essay contest; ‘Space and Daily Life’, was intended to stimulate young people to think about the important contribution being made by space technology to the well being of society, especially to its economic, social and cultural development.

Around 300 essays were received from all over the world, with an equal number of responses from girls and boys. From the 46 essays that made it to the final selection, there were seven prizewinners, six of whom were girls. The two lucky winners who travelled to ESTEC received awards for ‘Best essay worldwide’ (Carike) and ‘Best European essay’ (Alastair).

Carike only heard about the competition just before the closing date: “I was immediately excited about the assignment and started writing”, Carike explained. Although her essay was written in only a few days she was really pleased with the result.

“Alastair was quick to respond to the call for essays. His essay was the first we received!” said Ms Berenguer, UNESCO’s Space Education Project Officer who organised the UNESCO part.

Carike was accompanied by her English teacher, Ms Marianne Clarkeson. Ms Clarkeson played an important role in stimulating her class to participate in the contest. Carike said it was great to travel to Europe with her teacher; Ms Clarkeson had always wanted to come to Europe and was excited to be part of the award ceremony. Alastair brought his mother over to the Netherlands for the ceremony. Dr Jill Evans enjoyed the day as much as her son and said she had learned a lot.

After the awards were handed out, the winners and guests were treated to a tour of the ISS User Information Centre. The tour included a 3-D Virtual Reality tour of ISS with narration provided by Umberto Guidoni.