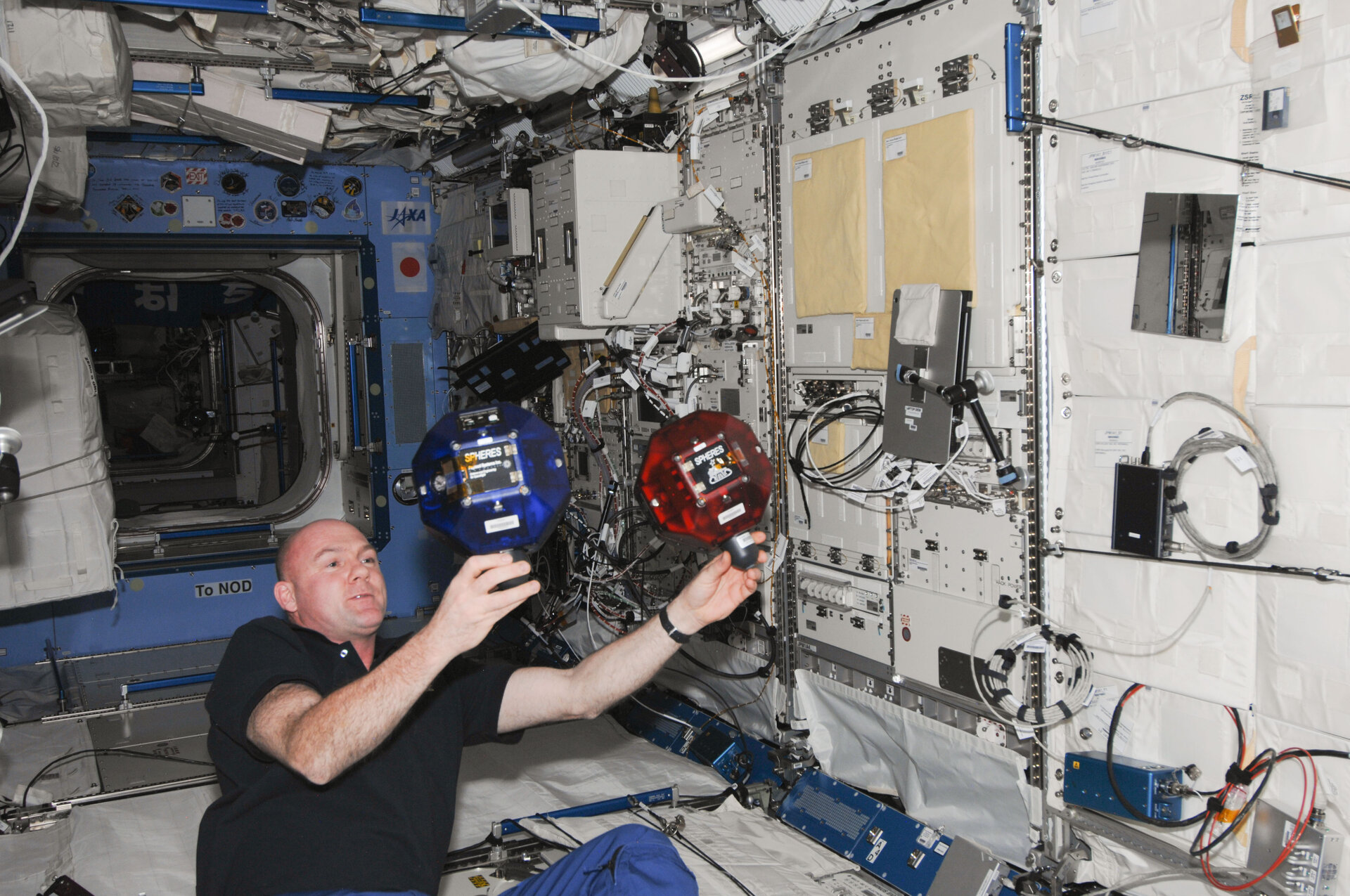 A squadron of mini satellites on the International Space Station will wake up this Friday to obey remote commands from students across Europe. Watch a live broadcast from space as teams make the droids compete in a space game called RetroSpheres.

Up until now the students have run their code in a virtual world, but this Friday the high-school finals will be held using the real thing: robotic droids on the International Space Station. This year’s RetroSpheres scenario involves using the Spheres, which move using jets of compressed gas, to push simulated space debris out of orbit.

Six alliances made of European finalists from Italy, Germany, Spain and Portugal will confront each other and see their computer code operate robots in space for the first time.

ESA astronaut André Kuipers will provide commentary from ESA’s space research and technology centre, ESTEC, in the Netherlands, as NASA’s Kevin Ford and Tom Marshburn set up the games on the Station. Over 130 students will be at ESTEC with André to learn more about robotics and run their code on the Spheres floating in the Space Station.