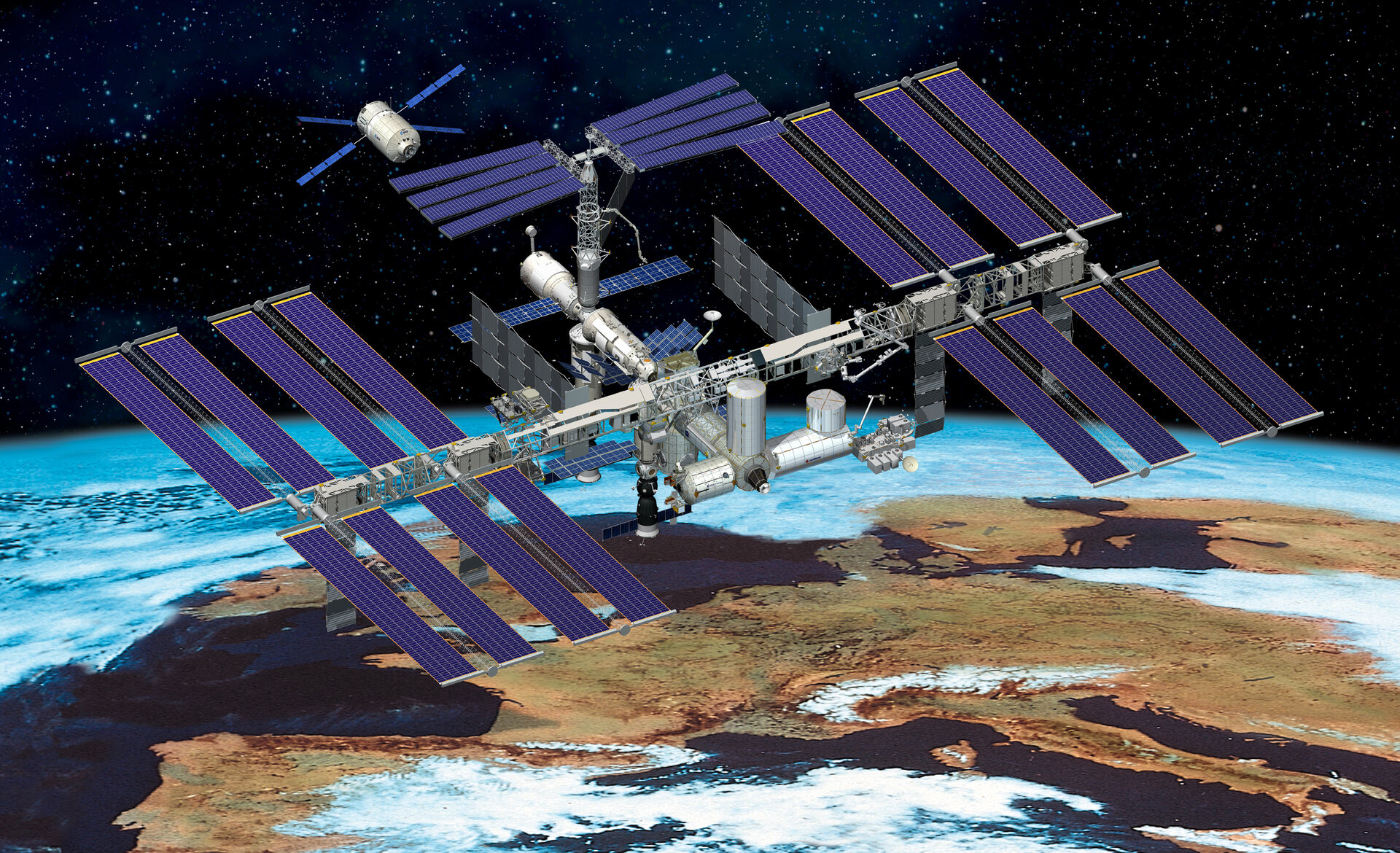 ESA PR 53-2003. Today, at the European Astronaut Centre in Cologne, the outcome of the SUCCESS 2002 Student Contest was announced to contestants eagerly waiting to see if their proposed experiment had won a prize in this competition organised every two years by the European Space Agency (ESA).

The SUCCESS Student Contest is open to European university students, up to Masters level, and from all disciplines. Entrants have to propose an experiment that could be flown on the International Space Station (ISS).

The students are challenged to imagine how the physical and operational environment on board the ISS could benefit their experiments. Parameters to consider include the absence of gravity, the vacuum of outer space, the high altitude above the Earth, and the isolated environment in which the astronauts live and work.

The aim of the contest is to turn students of today into Space Station users of tomorrow, sparking and developing an interest in seeing research in space as possible even for those still in education. For the 2002 contest experiment proposals were invited in disciplines as diverse as life sciences, physical sciences, space sciences, technology and Earth observation.

The students entering SUCCESS 2002 had to go through three phases. They first had to write an essay describing their experiment. A scientific board selected the best essays to move on to the second phase of the competition. Exactly 100 students entered the first phase and submitted essays. Nineteen came from universities in the United Kingdom, 18 from Italy, 13 from Germany, 8 from Russia, 7 from France, 4 from Finland, 4 from the Netherlands, 3 each from Belgium, Norway, Portugal, Spain, Sweden and Hungary, 2 from Bulgaria and 1 each from Canada, India, Switzerland, the USA, Rumania, the Czech Republic and Belorus.

In a second phase 40 of the 100 initial participants were selected and invited to visit ESA’s space research and technology centre, ESTEC, in Noordwijk, the Netherlands, in November 2002. Ten were from Italy, 8 from the United Kingdom, 4 from France, 4 from Germany, 3 from Sweden, 2 each from the Netherlands, Norway, Russia and Bulgaria, and 1 each from Finland, Portugal and Spain. During the visit they learned about ESA in general, the International Space Station in particular, about professional experiments and the other proposed student experiments. After the ESTEC visit a detailed experiment proposal had to be written in order to enter the third and final phase.

On the basis of these detailed proposals a scientific jury selected the three prizewinners:

The first prize is a paid one-year internship at ESA’s space research and technology centre in the Netherlands. At ESTEC, Adalberto Costessi will work on his experiment with the possibility of qualifying it for flight on the ISS or an alternative research facility. The second prizewinner, Roberto Rusconi, is rewarded with a visit to the European Spaceport in Kourou, French Guiana, the Ariane launch site. The third prizewinner, Eric Belin de Chantemèle, receives a laptop computer.

The three prizewinning experiments dealt with the following scientific issues:

Loss of bone mass is a major consequence for astronauts of extended periods spent in weightlessness conditions. Several studies have been performed on astronauts, establishing that bone mass loss in space is caused by a decrease in bone synthesising activity performed by osteoblast cells (the bone-building cells in the human body) and by a parallel slight increase in bone destruction, also called resorption, performed by osteoclast cells.

It has been demonstrated in several cell types that the absence of gravity directly influences molecular and cellular functions. In particular, both the cytoskeleton and intracellular signal transduction cascades appear to be sensitive to weightlessness. However, the underlying mechanism of these changes is far from being understood and the cellular gravity-sensing machinery is still mysterious.

Loss of bone mass in humans during long-duration spaceflights is analogous to osteoporosis on Earth. Osteoporosis is a disease marked by excessive skeletal fragility resulting in weakened bones that are susceptible to fracture. Millions of people around the world, estimated to be as much as 20% of the population, suffer from osteoporosis.

Until recently the general approach was to investigate general systematic changes related to bone loss, not the basic cellular responses to the lack of physical stress associated with weightlessness in space or with reduced mobility on the ground. In fact very little research has been aimed at understanding the molecular mechanisms of the reduced functionality of osteoblasts, the bone-building cells, which could lead to new treatments of osteoporosis. More than 120 experiments performed in the last 15 years have shown dramatic changes occurring in several types of single cells in weightlessness, but very little information is available on osteoblasts.

With this in mind, the experiment proposed by Adalberto Costessi involves the first use in space of “Proteomics Analysis”. This type of analysis is based on 2D-gel electrophoresis coupled with mass spectrometry. It is able to separate and identify hundreds or thousands of different proteins from a certain cell culture and also evaluate quantitative differences of a protein between different samples. Since one of the key aims of scientific research in space is to obtain large amounts of data from the smallest and fastest experiment, the proteomics approach is particularly suitable for space research.

The objective of the experiment proposal is to study the signal transduction pathways of osteoblasts that regulate their most important physical functions (i.e. collagen synthesis, differentiation) in the ideal weightlessness conditions of the International Space Station. Understanding the molecular mechanisms of the reduced functionality of osteoblasts could lead to new treatments for bone mass loss due to long-term stays in space and for osteoporosis on Earth.

This experiment proposal aims to ascertain the feasibility of investigating in space “Thermal Diffusion”, also called “Soret Effect”, a puzzling and still very poorly understood physical effect, by using a simple optical set-up that can be easily designed, is relatively inexpensive and can make very good use of weightlessness conditions. Thermal diffusion plays a crucial role in many naturally occurring processes ranging from convection in oceans to component segregation in solidifying volcanic lava, but it can also seriously affect industrial processes like the manufacture of semiconductors, oil-in-water emulsions or protein solutions for crystallisation.

The Soret effect still lacks a general microscopic picture. Optical techniques are privileged candidates for experimental methods to investigate the Soret effect. Yet, the classical optical techniques require sophisticated, complex, time-consuming and costly equipment, often unsuitable for sample manipulation. It is however possible to conceive an optical method, called “Thermal Lensing”, where thermal gradients driving thermal diffusion are generated by a focused laser beam partially absorbed by the sample and the Soret effect is directly probed by detecting distortion of the beam profile induced by the refractive index profile due to the thermodiffusive motion. The basic optical system is extremely simple and the measurements are much faster.

Thermal lensing has long been used as an extremely sensitive spectroscopic tool for simple fluids, but in order to apply this method to the investigation of the Soret effect, two impediments have to be surmounted:

1) most of the interesting systems are aqueous solutions but water absorbs visible light very weakly, and 2) formation of the thermal lens is unavoidably associated with horizontal temperature gradients and associated thermally convective currents, which are relevant for liquid mixtures and could easily destroy Soret-induced concentration profiles.

Roberto Rusconi’s experiment proposal intends to overcome the first difficulty by using a fibre-coupled laser tuned on a specific near-infrared water vibrational overtone and obtain reliable measurements on suspensions of particles having a density not too different from the solvent. The second difficulty, convection, can be reduced by using a specific optical and mechanical set-up structure, but is still partly unavoidable. Hence the strong case for performing these measurements under weightlessness conditions in space.

Determination of food and water requirements of astronauts during spaceflight is a clear prerequisite for any long-term mission, whether on the International Space Station or on a mission to the Moon or Mars.

On the one hand, spaceflights are associated with a combined loss of fluids, bone, fat and muscle in a context of negative energy balance. If such a negative balance is acceptable for short-term missions due to the high energy density of fat mass, it becomes detrimental to astronauts on long-term missions because health and performance are affected.

On the other hand, knowledge of how much food and water is needed by astronauts in space is important when considering the quantity and cost of food and water to be transported together with the astronauts. For a crew of 6 astronauts leaving on a three-year mission to Mars as much as 26 tonnes of food will need to be carried. Even if this food is 90% dehydrated, it will still weigh 2.6 tonnes. Thus, even a 10% error in the estimation of energy requirements can have a large impact on the cost of the mission.

These considerations are particularly challenging when energy requirements for astronauts are still poorly characterised. This is because accurate energy requirements must be derived from free-living total energy expenditure measured by the state-of-art, cost-limited and expertise-requiring “Doubly-Labelled Water Method”. In addition, it is essential to evaluate the resting metabolic rate, the diet induced thermogenesis and the activity energy expenditure during spaceflight.

The aim of Belin de Chantemèle’s experiment proposal is to perform a comprehensive evaluation of energy and water metabolism adaptations to spaceflights using stable isotope, i.e. non-radioactive methodologies. The experiment protocol is simple, non-invasive and will provide very important information on energy and water metabolism, useful for long space missions: energy expenditure will be measured using the stable isotope doubly-labelled water method before, during and after a spaceflight. The different components of total energy expenditure will be determined by indirect calometry before and after spaceflight. The energy cost of physical activity will then be calculated by difference, and the body composition will be assessed by bio-impedance spectroscopy before and after the spaceflight.

The next SUCCESS Student Contest will take place in 2004.