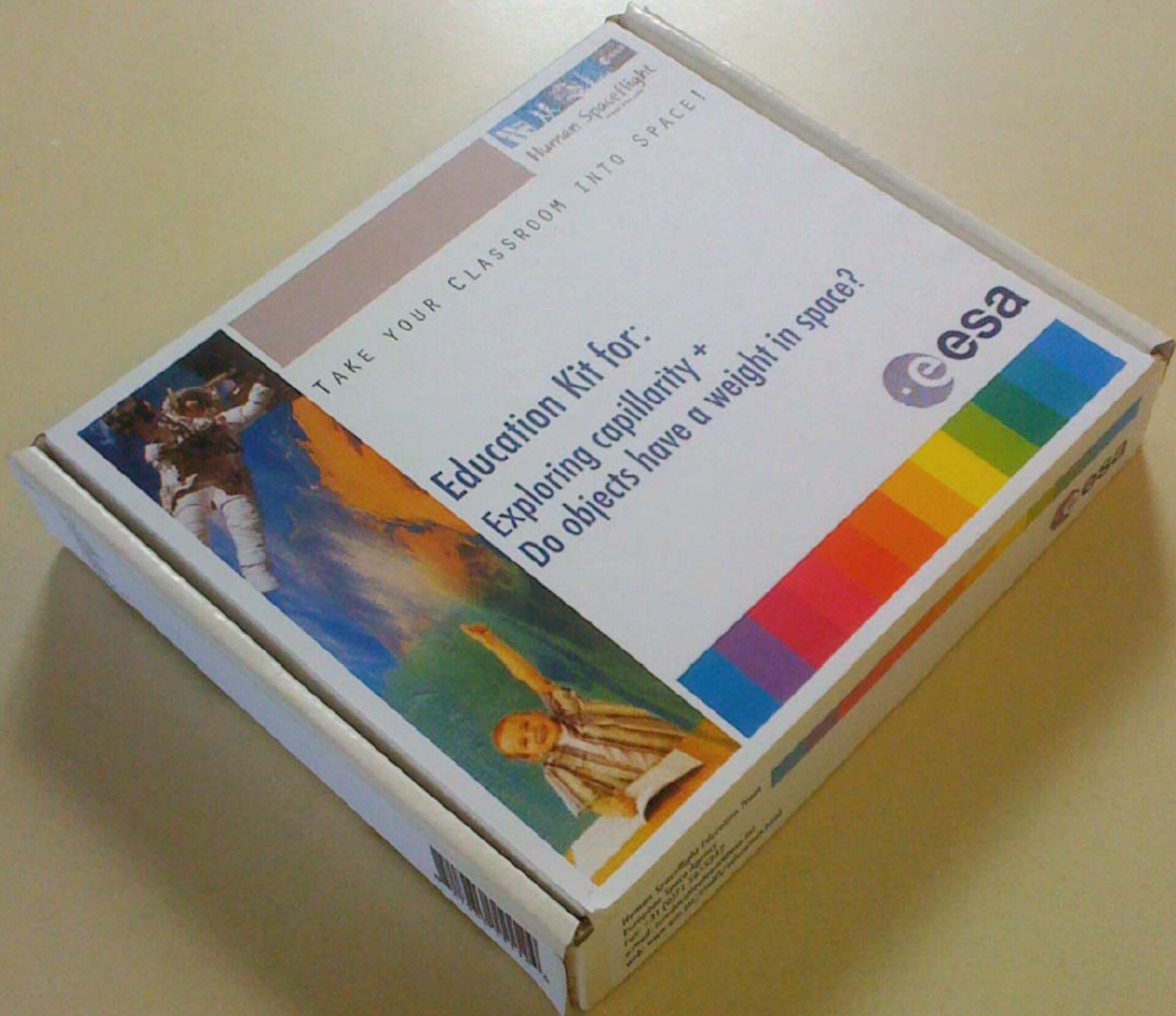 The 'Take your classroom into space' activity is part of the education programme of ESA's Directorate of Human Spaceflight and was one of several education activities done during the ESA astronaut Frank De Winne's OasISS mission.

With the European Columbus laboratory attached to the International Space Station (ISS) in February 2008, educators throughout Europe were invited to propose new ideas for experiments that can be carried out on the ISS to demonstrate the effects of freefall to European students.

The two best experiment ideas (proposed independently by five teachers) 'Do objects have weight in space?' and 'Exploring capillarity' were selected to be performed on the ISS during the six-month OasISS mission.

An Education Kit containing the same hardware De Winne used in orbit is also available for order via the online order form. The kits will be distributed for free to European teachers on a first-come first-served basis.

The Education Kit contains all the elements needed to perform the same demonstrations on the ground and allows European secondary school students (14 to 18 years old) to compare their results with those obtained by De Winne on the ISS, thereby helping the students to learn about the conditions of freefall.

The Education Kit comes with a teaching guide written by European teachers and translated to Dutch, French, German, Greek, Italian and Spanish. The guide provides step-by-step instructions to help perform the demonstrations, exercises and questions, as well as an introduction to ESA, the ISS, and the freefall environment.

Video recordings of the 'Exploring capillarity' experiment are available for direct download below (or view via link at right):

A video of the 'Do objects have weight in space?' experiment performed by De Winne on the ISS is available for direct download below (or view via link at right):