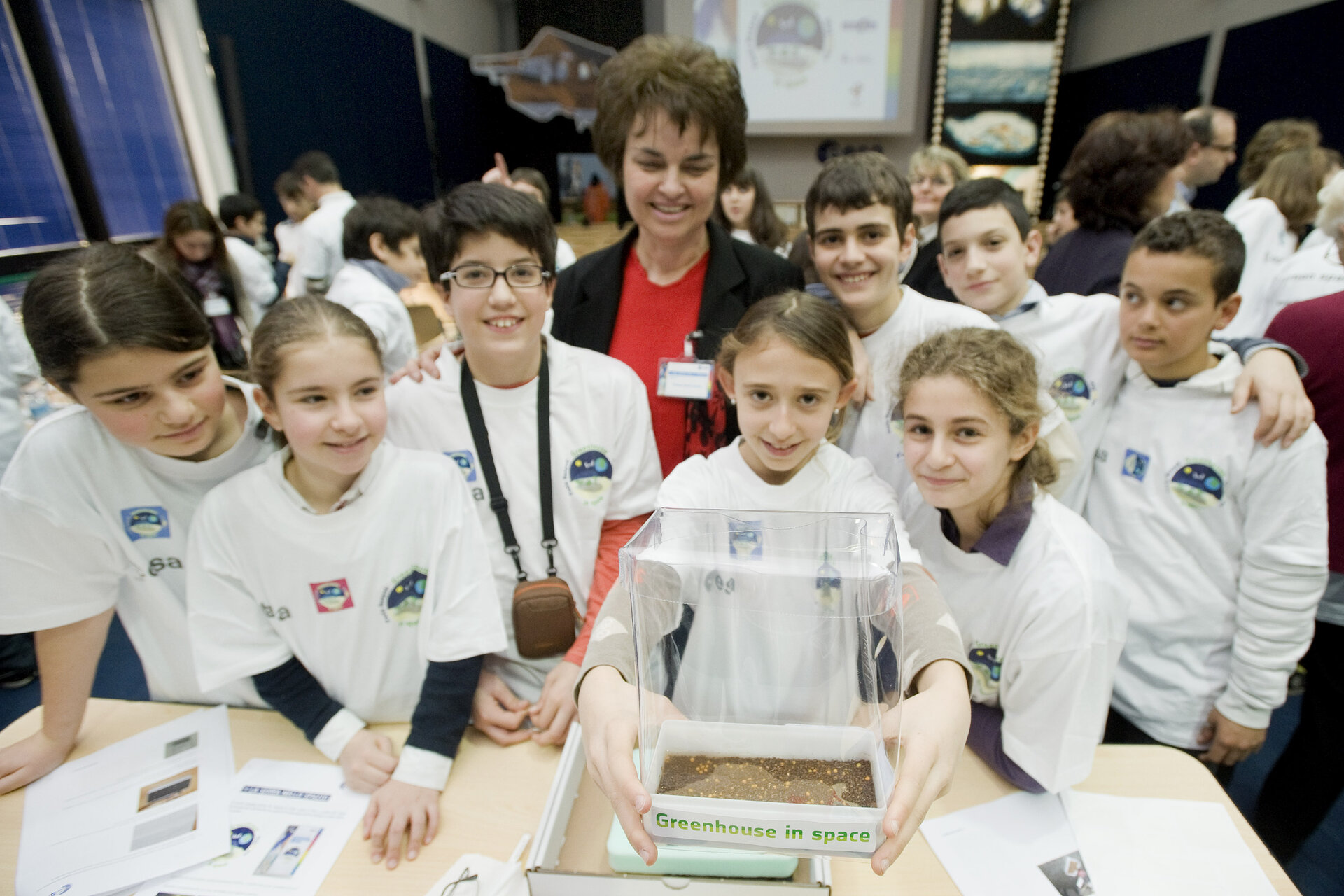 Growing plants is essential for us all. They not only provide food, but they are also beautiful and relaxing. And they can be educational: the Greenhouse in Space project offers European children aged 10–16 the chance to compare plants grown on Earth with those in space.

More than 800 children are now space gardeners, asking burning questions such as “How do plants know where up and down is in microgravity?” and “How difficult is it to sow seeds in space?”

Together with Paolo Nespoli, ESA’s astronaut on the International Space Station, they will now discover the answers to these questions with their own experiments.

The project was launched yesterday in France, Germany, Italy and Portugal, along with Paolo on the Station. The children and teachers linked up via video, learning how to assemble their own greenhouses and plant the Arabidospis seeds.

Sowing was not easy because of the miniscule seeds, but the choice of plant was far from random. Arabidopsis has already proved itself to be a hardy grower in space and, even more importantly, it self-pollinates – essential in the absence of pollinating insects in space!

The students in Cologne were also treated to an impromptu appearance by Alexander Gerst, one of ESA’s newest astronauts. And in Italy, there was a special space connection: part of the audience were students from Paolo’s old school.

Paolo joined the children in the afternoon by video for a 20-minute call from space, showing us his space-qualified greenhouse and watering the seeds.

He demonstrated that simple procedures on Earth such as watering is extremely complex and possibly dangerous in weightlessness.

Paolo kindly answered several questions from children in the different countries in a rare opportunity – it’s not every day you get to speak to an astronaut in space.

Now the children and Paolo are eagerly following the growing plants in this 15-week experiment. The results will be posted as an online lesson in ESA’s web pages once the data from the 800 greenhouses on Earth have been compared to Paolo’s experiment.

The students and their teachers can send their photos and talk to each other on the Greenhouse in Space page on Facebook as well as by emailing the Human Spaceflight education team at isseducationteam@esa.int.

Perhaps the best message during the day came from the Lisbon event, emphasising the importance of encouraging children’s interest in science at an early age.

Paulo Fonseca, a teacher at the Escola Básica D. Duarte, Viseu, said: “This was a unique occasion to talk to an astronaut and stimulate the appetite for science of our kids.”