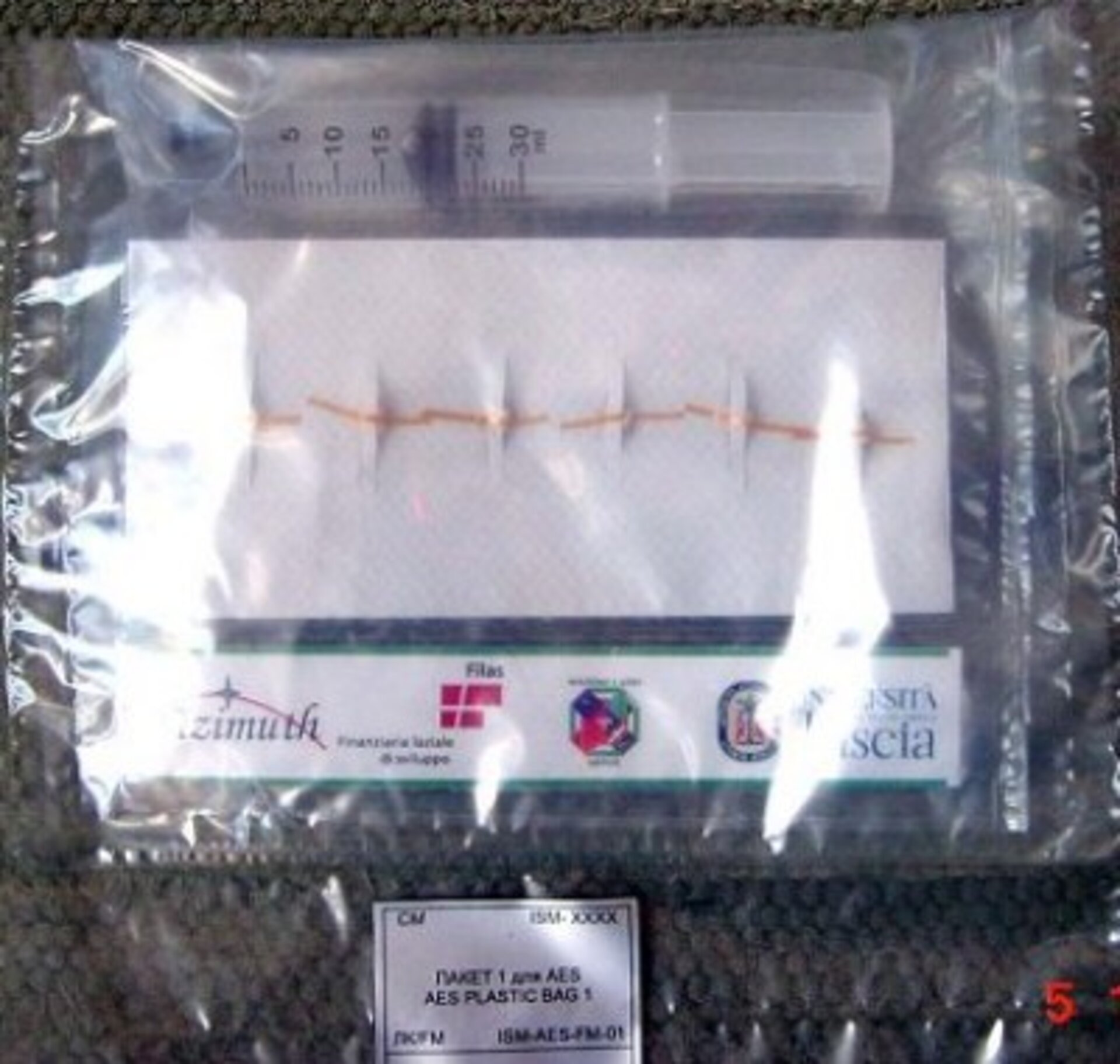 Space Beans for Students aims to involve and interest children in space science to help with the continuous exploitation of space technology and its application to every day life on Earth. To this end the experiment will consist of beans being germinated in space at the same time as being germinated by students in classrooms on Earth. This will provide the student with answers about the following key questions: What do plant seeds need to germinate? What changes do seeds and seedlings undergo during germination and early growth? What are the main differences between seeds germinating on Earth and those germinating in space in weightlessness?

The objectives of the Seedlings experiment are: to evaluate the feasibility of producing vegetable sprouts in space for food purposes and to study the influence of weightlessness on germination, growth and the nutritional quality of sprouts. Sprouts of herbaceous crops (e.g. soybean, broccoli) have a high nutritional value and production is very fast (5-7 days) and easy, requiring only seeds, water and suitable environmental conditions (e.g. temperature, relative humidity). For these reasons, producing sprouts directly in the ISS may represent an interesting opportunity to offer high-quality fresh food to the astronauts. Rocket seeds will be germinated in orbit. On return to Earth the seedlings will be sent for quality analysis (e.g. vitamin C, carbohydrates, nitrates, antioxidants).

This experiment is aimed at assessing the effects of the space environment (weightlessness and radiation) on rat thyroid cells. The cell type chosen are the FRTL5 rat thyroid cell strain, hence the name of the experiment. One of the reasons for choosing these specific thyroid cells is the relevance they have to human physiology and medicine.

This experiment should provide further indications that may help in understanding why the sensitivity of the cells to radiation damage is related to their cell cycle and to the kinetics of the radiation. Furthermore it will help improve our knowledge of the effect of the space environment on the human body, especially with longer-term missions planned in the future (e.g. Mars).

The cells will be incubated in a controlled temperature of 37°C, with half of the cells kept in a quiescent state and half the cells kept in a proliferative state (i.e. induced to produce the hormone thyroxine by the presence of thyroid-stimulating hormone). The cells will be tested on return to Earth for DNA modifications due to radiation and magnetic fields, and the effect of weightlessness on cell behaviour. In evaluating the response of cells to the thyroid-stimulating hormone, cells will be analysed for indications of mutation and changes in complex cell behaviour such as programmed cell death, and duplication efficiency.

Microorganisms are well known for their capabilities to withstand extreme environmental conditions such as elevated temperature, high salinity, hydrostatic pressure, and toxic compounds. The exposure to radiations, vacuum, electricity, and magnetic waves has been investigated in the past, but still little information is available about the effects of the space environment on microorganisms.

Different microbial strains will be flown to the ISS in order to study the effect that space radiation and the weightless environmental conditions onboard the ISS have on the cultures. The microbial strains selected for the experiment are non hazardous, of environmental origin, and some of them (Saccharomyces cerevisiae, Escherichia coli, Enterococcus faecium, Lactobacillus acidophilus) are commonly hosted by humans.

The aim of the VINO experiment is to test the survival and growth in space of tendril grafts from vines coming from Sassicaia vineyards in Tuscany, Italy. Tendrils are twisting, threadlike structures by which a twining plant, such as a grape or cucumber, grasps an object or a plant for support. The vine grafts, will be launched into orbit in a pressure/vacuum proof sealed metallic container to avoid any environment contamination, with the cuts and grafting already executed on ground. Inside the container the grafts will be kept within plastic bags.

Once back on the Earth, the tendrils will be implanted, to test their growth. These will be compared to equivalent plants that were treated in a similar fashion in parallel on the ground for reference purposes. This experiment could provide useful results regarding plant survival in future long duration space flights such as in the human exploration of Mars.

The objective of this experiment is to study the effects of weightlessness on the development of neurons (nerve cells) in crickets. Past results from developmental biology research carried out in space have shown that weightlessness modifies the properties of cells, thus possibly influencing the embryonic development of organisms. This study is a follow-up of a previous experiment, CRISP, carried out during the Neurolab STS-90 mission in 1998.

The experiment uses Crickets (Acheta domesticus) as test specimens, because they possess neurons that can be unequivocally identified in each individual animal. This specific feature allows for the study of the anatomical and physiological characteristics of neurons in the context of their natural environment (the body itself) in a large number of animals.

Once on board the ISS, inseminated female crickets will be given access to soil deposits in special egg collectors to induce fertilization and laying of their eggs in the soil. (The female can store male sperm for weeks before this happens). The females will have this opportunity on days one and four on the ISS. The first set of eggs will have sufficient time for the neural development to be completed in the embryos. The second set of embryos will continue this process after return to Earth, i.e. under normal gravity conditions. Once returned to Earth, the females will be allowed to deposit eggs for a third time under normal gravity conditions. The success of this period of egg deposition will be determined 15 days later by counting the hatching larvae and by executing specific neural, anatomical and behavioural tests.