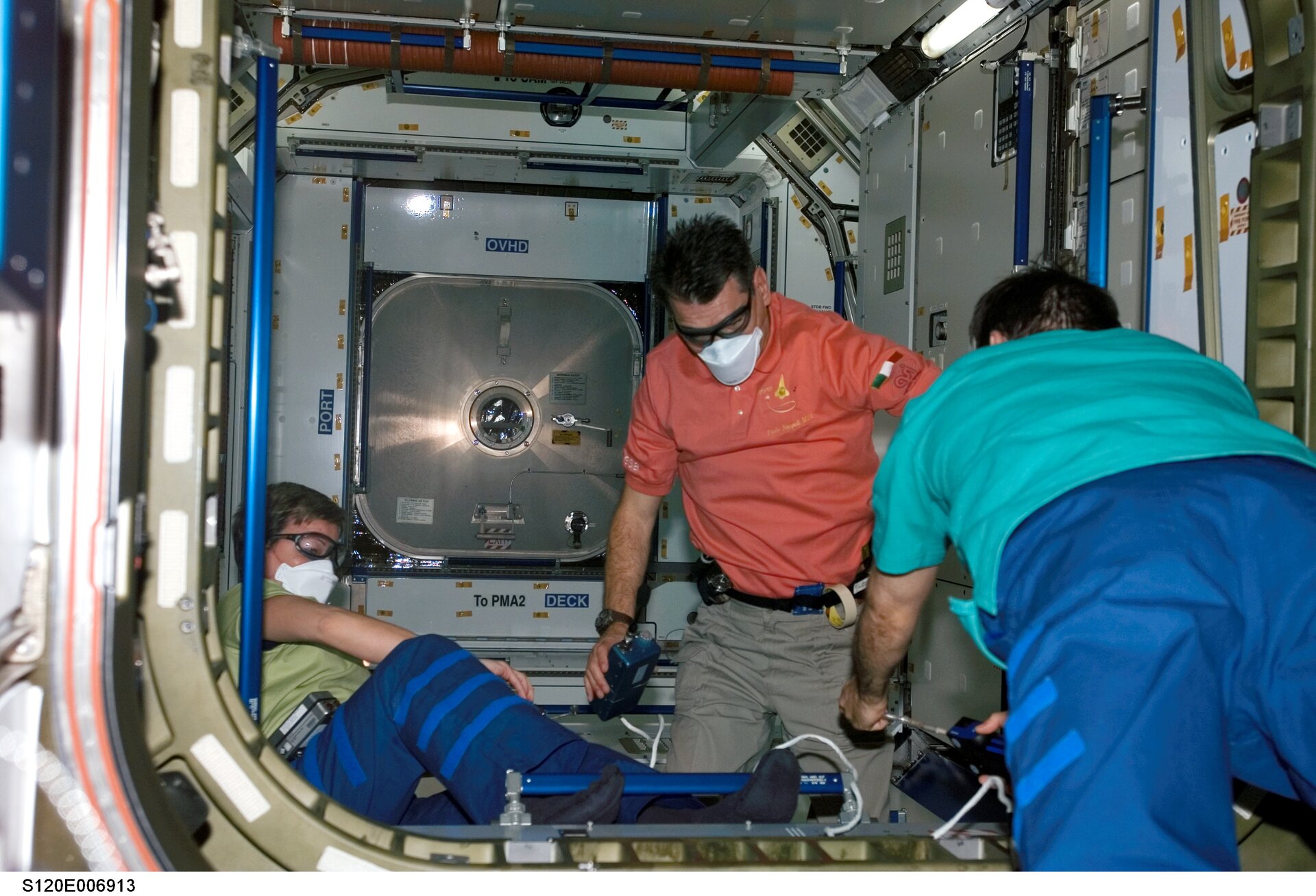 “It’s a pleasure to be here in this very beautiful piece of hardware,” said Nespoli, during a short ceremony to mark the occasion. “I would like to thank everybody who worked hard in making this possible and allowing the Space Station to be built even further.”

The second of three nodes, or connecting modules, for the Station, the arrival of Harmony paves the way for the addition of the European Columbus laboratory and the Japanese Kibo laboratory during upcoming Shuttle missions.

Carried into space inside Space Shuttle Discovery’s cargo bay, the Italian-built Harmony is the first addition to the Space Station’s pressurized volume for six years. The module adds an extra 34 m3 of living and working space to the orbital outpost.

The Harmony module, also known as Node 2, was installed in its temporary location on the port side of the Node 1 module during a six and a half hour spacewalk yesterday.

Once Discovery has undocked at the end of the STS-120 mission, the Expedition 16 crew will relocate Harmony to its permanent location at the forward end of the US Destiny lab.

Built in Europe, with Thales Alenia Spazio as prime contractor, thanks to a barter agreement between NASA and ESA including the Shuttle launch of the European laboratory Columbus, Harmony is the first European module permanently attached to the ISS.