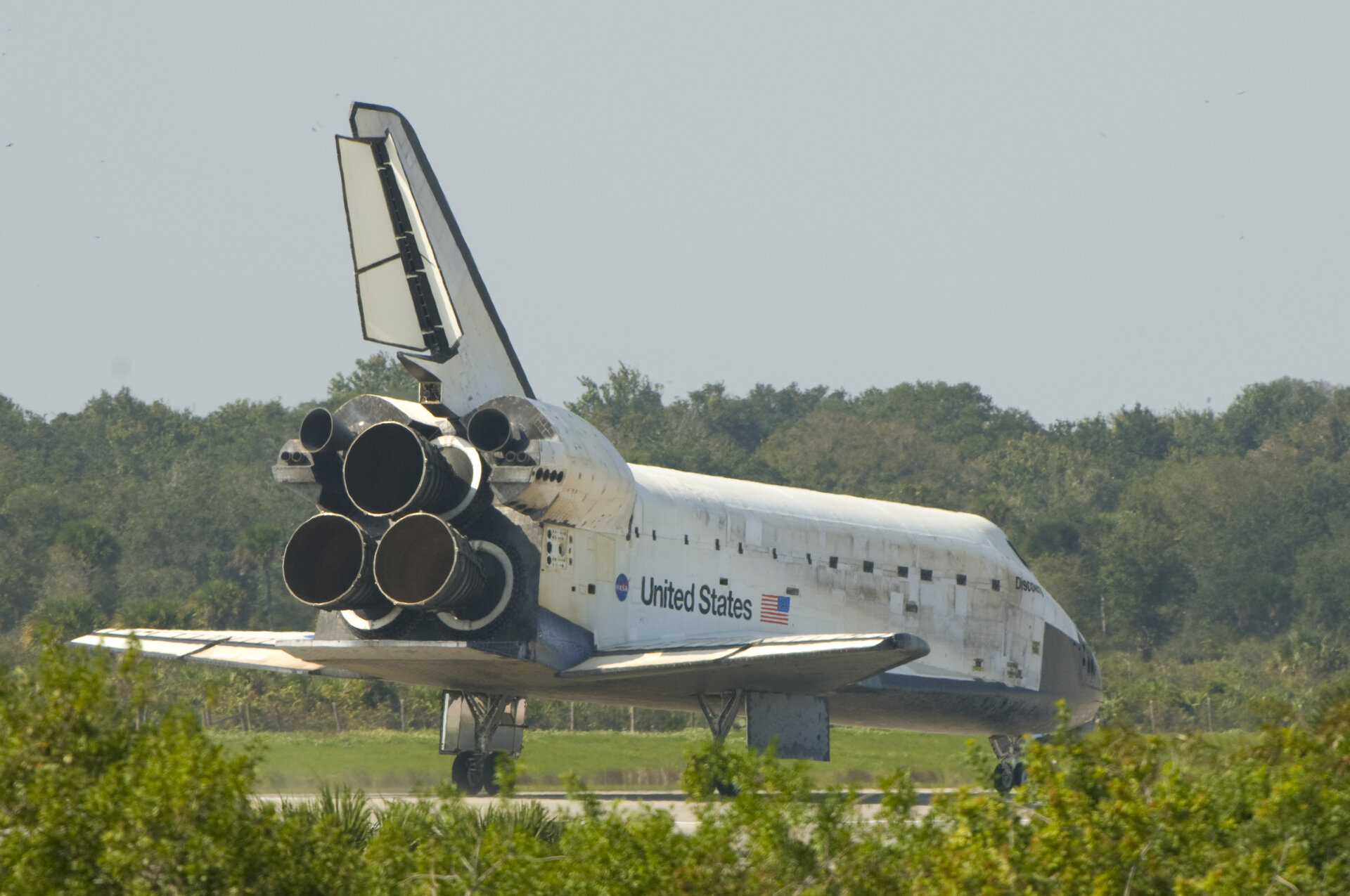 Space Shuttle Discovery landed in Cape Canaveral, Florida this evening at 19:01 CET (18:01 UT), completing one of the most complex assembly missions to the International Space Station to date, bringing back seven crew members, including ESA astronaut Paolo Nespoli.

Node 2, also known as Harmony, was installed on the port facing side of Node 1 (Unity) on 26 October during the first of four spacewalks. The P6 truss was relocated from the top of the Station to the port end of the Station's backbone structure.

The tasks during the fourth spacewalk were changed so that the crew could repair the solar array on the P6 truss which tore during deployment. Following the successful repair work, the crew was able to fully deploy the solar array. A fifth spacewalk originally planned to take place during the STS-120 mission is now scheduled for the Expedition crew on 9 November.

ESA astronaut Paolo Nespoli's main role as STS-120 Mission Specialist was to act as Intra Vehicular (IV) astronaut during the four spacewalks, coordinating activities from inside the International Space Station, as well as a major role in spacewalk preparations. He was also heavily involved in activities to reschedule the fourth spacewalk.

"Today's landing ends the most exciting mission so far. We are grateful to all who have made this possible.", said Daniel Sacotte, ESA’s Director for Human Spaceflight. "Congratulations to Paolo and all the crew members of STS-120. The Node 2 module has been successfully delivered, which paves the way for the European Columbus laboratory."

Nespoli’s mission, which was named Esperia from the ancient Greek name for the Italian peninsula, stems from six flight opportunities granted to the Italian Space Agency (ASI) for their provision of three pressurised cargo containers (Multi-Purpose Logistics Modules, or MPLMs) to NASA under a bilateral agreement. The close cooperation between ESA and ASI led to the assignment of Nespoli, a member of the European Astronaut Corps, for this ASI flight opportunity.

"The Esperia Mission has been a full success. First of all, I want to stress the strong spirit of collaboration which was, and it is still, animating both ASI and ESA in managing it. NASA gave us a sense of strong collaboration too," said Simonetta di Pippo, Director for ASI’s space science and exploration (Osservazione dell’Universo) programme.

"The launch was perfect. A complex mission, with an impressive crew, and indeed, Paolo Nespoli did a great job. The landing brings this mission to a close, but it must be considered as an important step forward in the exploitation of the ISS and beyond, for the long-term exploration endeavour which will see again Italy, together with ESA, in close cooperation with NASA."