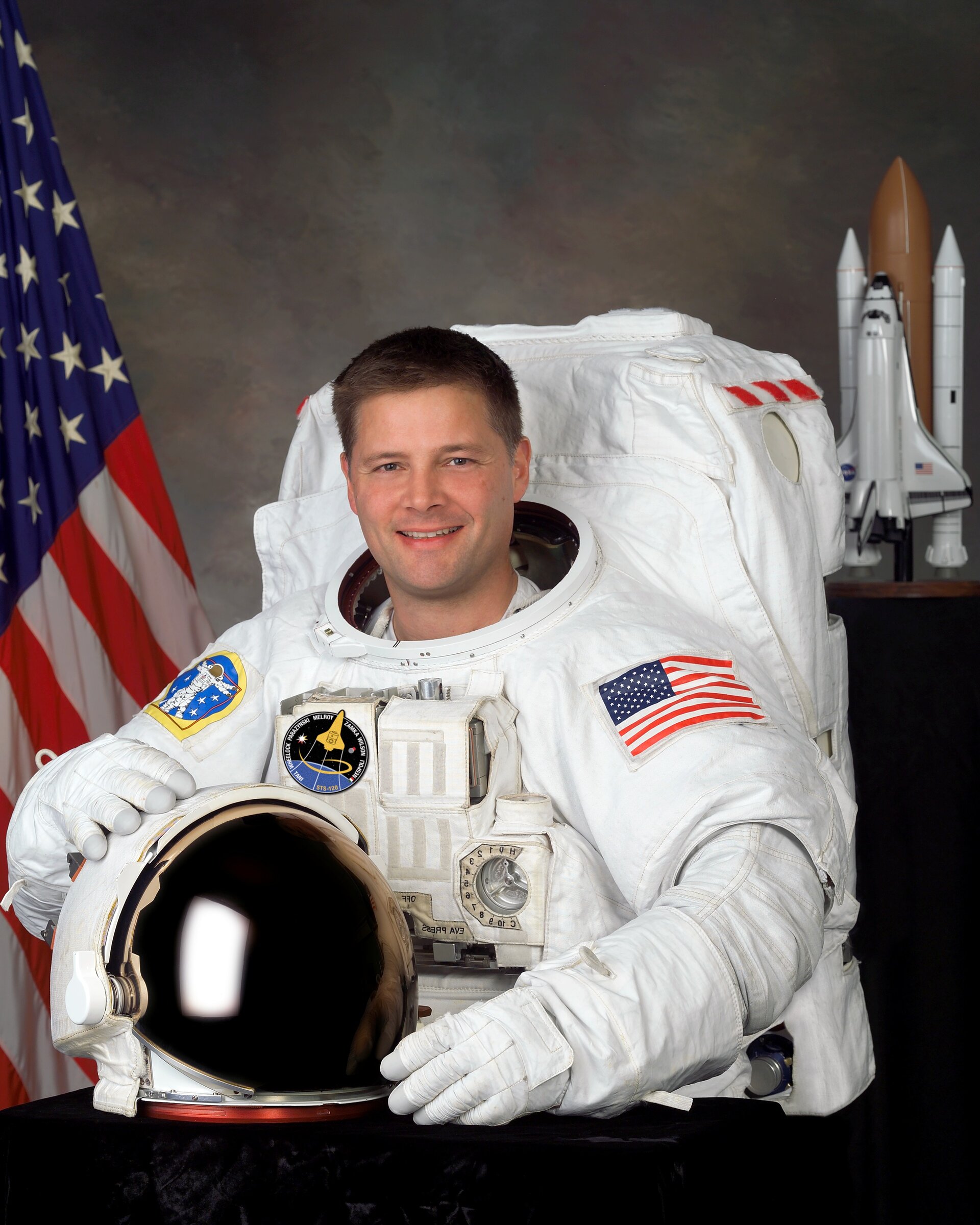 Born 5 May 1960 in Binghamton, New York, USA and considers Windsor, New York to be his hometown.

Various awards and medals, principally US military and NASA.

Wheelock received his commission as a Second Lieutenant in the US Army Infantry in May 1983. He entered flight school in 1984, graduated at the top of his flight class and was designated as an Army Aviator in September 1984. He subsequently served as a combat aviation Section Leader, Platoon Leader, Company Executive Officer, Battalion Operations Officer, and Commander of an Air Cavalry Troop in the 9th U.S. Cavalry.

He was later assigned to the Aviation Directorate of Combat Developments as an Advanced Weapons Research and Development Engineer. As part of his Master of Science degree he carried out research in the areas of hypersonic and high temperature gas dynamics, flight stability and control, and automatic control and robotics.

After completion of U.S. Naval Test Pilot School he was assigned as an Experimental Test Pilot with the US Army Aviation Technical Test Center. He served as Division Chief for testing of Army Scout/Attack aircraft and weapons systems in support of tactical operations in the Balkans. Wheelock’s work as a test pilot culminated in his assignment as Division Chief for fixed-wing testing of airborne signal and imagery intelligence systems in support of the US National Program Office for Intelligence and Electronic Warfare. Wheelock is a dual-rated US Master Army Aviator. He is also an FAA-rated commercial pilot in single and multi-engine land craft, rotorcraft, and gliders.

Wheelock reported for Astronaut Candidate Training in August 1998. Following two years training, he was assigned to the Astronaut Office ISS Operations Branch as a Russian Liaison, participating in the testing and integration of Russian hardware and software products developed for the ISS.

In January 2005, Wheelock was assigned to the Gagarin Cosmonaut Training Centre in Star City, Russia, as NASA's Director of Operations–Russia. He was responsible for supporting Russia-based training, logistic, and administrative needs of NASA astronauts preparing for flight on the ISS and was the primary liaison between Star City and NASA operations in Houston.

Wheelock will conduct both EVA and robotics operations during three of the scheduled spacewalks during the STS-120 mission.