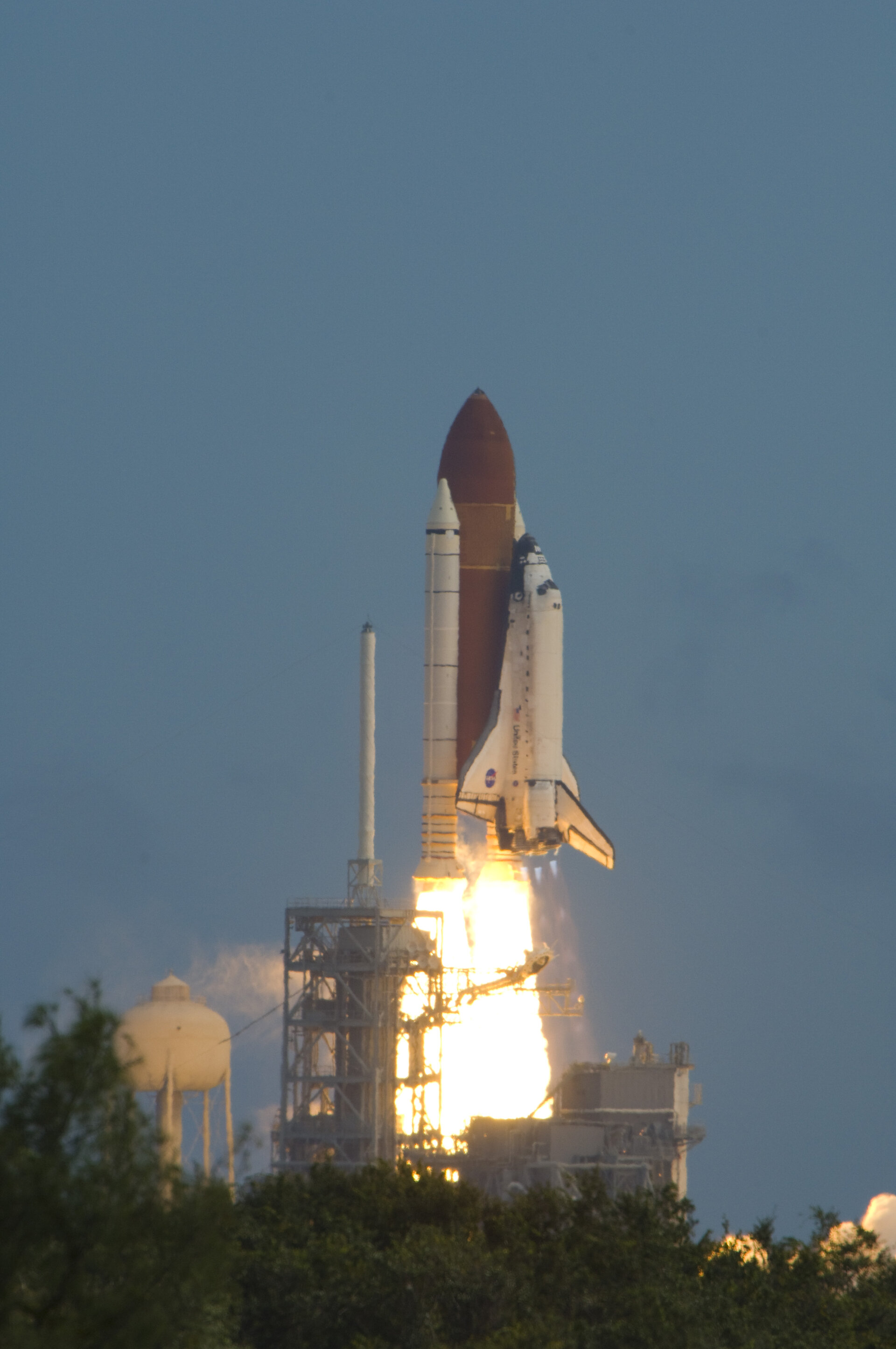 ESA PR 31-2007. Paolo Nespoli set off on his way to the International Space Station earlier this evening on board NASA’s Space Shuttle Discovery. Inside the Shuttle’s cargo bay is the Node 2 module, the first European-built module to be permanently attached to the Station.

The first day in space is devoted to a series of inflight inspections to ensure that Discovery did not suffer any damage during launch. The orbiter will then manoeuvre to rendezvous with the International Space Station (ISS). Docking is planned for 25 October at 14:33 CEST.

The purpose of the 14-day STS-120 mission is to deliver and install the Italian-built Node 2 module – the first addition to the Station’s work and living space for six years. A second main task is to relocate the ISS P6 truss section and deploy its solar arrays and heat dispersal radiator.

The mission will also see the rotation of one of the ISS Expedition crew members. NASA astronaut Clayton Anderson, who has been a resident on the Station since arriving with the crew of STS-117 last June, will be replaced by NASA astronaut Daniel Tani.

This is Paolo Nespoli’s first spaceflight, but he is not the first Italian to visit the ISS since contruction began in 1998. He follows his fellow ESA astronauts Umberto Guidoni (2001) and Roberto Vittori (2002 and 2005).

Nespoli’s mission, which has been named Esperia from the ancient Greek name for the Italian peninsula, stems from six flight opportunities granted to the Italian Space Agency (ASI) for their provision of three pressurised cargo containers (Multi-Purpose Logistics Modules, or MPLMs) to NASA under a bilateral agreement. The close cooperation between ESA and ASI led to the assignment of Nespoli, a member of the European Astronaut Corps, for this ASI flight opportunity.

Nespoli’s other responsibilities during the Esperia Mission include conducting a joint ESA/ASI programme of human physiology and biology experiments, as well as a number of educational activities.

Node 2 paves the way for Columbus

Node 2, or ‘Harmony’ as it has been named, is the second of three interconnecting elements for the Space Station. The nodes connect the various pressurised modules, allowing for the passage of astronauts and equipment, as well as providing each module with important resources, such as electrical power and thermal and environmental control.

Harmony will be temporarily docked to the port side of Node 1 during the first spacewalk on 26 October. Once the Shuttle undocks at the end of the STS-120 mission, Node 2 will be relocated to its final location - the forward facing port of the US Destiny laboratory - using the Station's robotic arm.

The arrival of the cylindrical Node 2 module paves the way for the addition of the European Columbus laboratory in December 2007, and the Japanese Kibo laboratory in April next year.

Node 2 was developed for NASA under an ASI contract with European industry, with Thales Alenia Space as prime contractor.