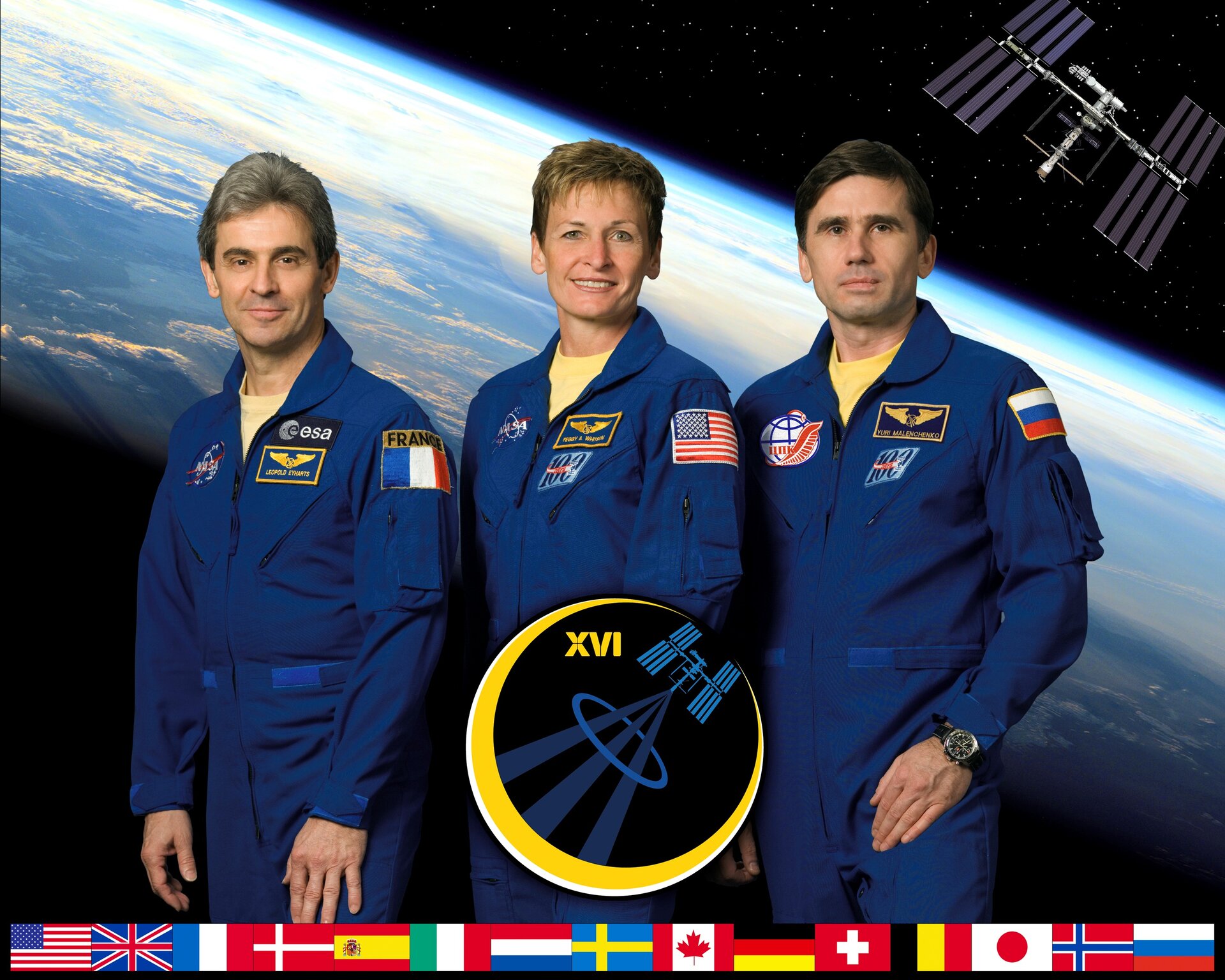 Expedition 16 is the resident crew on board the International Space Station (ISS) throughout the Esperia Mission.

Commander Peggy Whitson and Flight Engineer Yuri Malenchenko launched to the ISS on board the Soyuz 15 on 10 October 2007, arriving at the orbital outpost two days later. Peggy Whitson is the first female commander of the ISS.

Whitson and Malenchenko will be joined in orbit by four different crew members in the position of second Flight Engineer.

Clayton Anderson was the second Flight Engineer until he was replaced by Daniel Tani who arrived with Space Shuttle Discovery on flight STS-120.

Tani was replaced by ESA astonaut Léopold Eyharts who arrived with Shuttle mission STS-122. Eyharts is due to remain on board ISS until the arrival of the STS-123 mission when he will be replaced by NASA astronaut Garrett Reisman.

The Expedition 16 crew will oversee the most complex phase of Station assembly since the outpost was first permanently occupied in 2001.

NASA astronaut Peggy A. Whitson is the Commander for Expedition 16. This is her second tour of duty aboard the Station. She also was a Flight Engineer and Science Officer for Expedition 5 in 2002.

Expedition 16 is Cosmonaut Yuri Malenchenko's second tour of duty on board the Station. He also served as Commander of Expedition 7. Malenchenko was a Mission Specialist for STS-106 in 2000 and commanded Mir 16 in 1996.