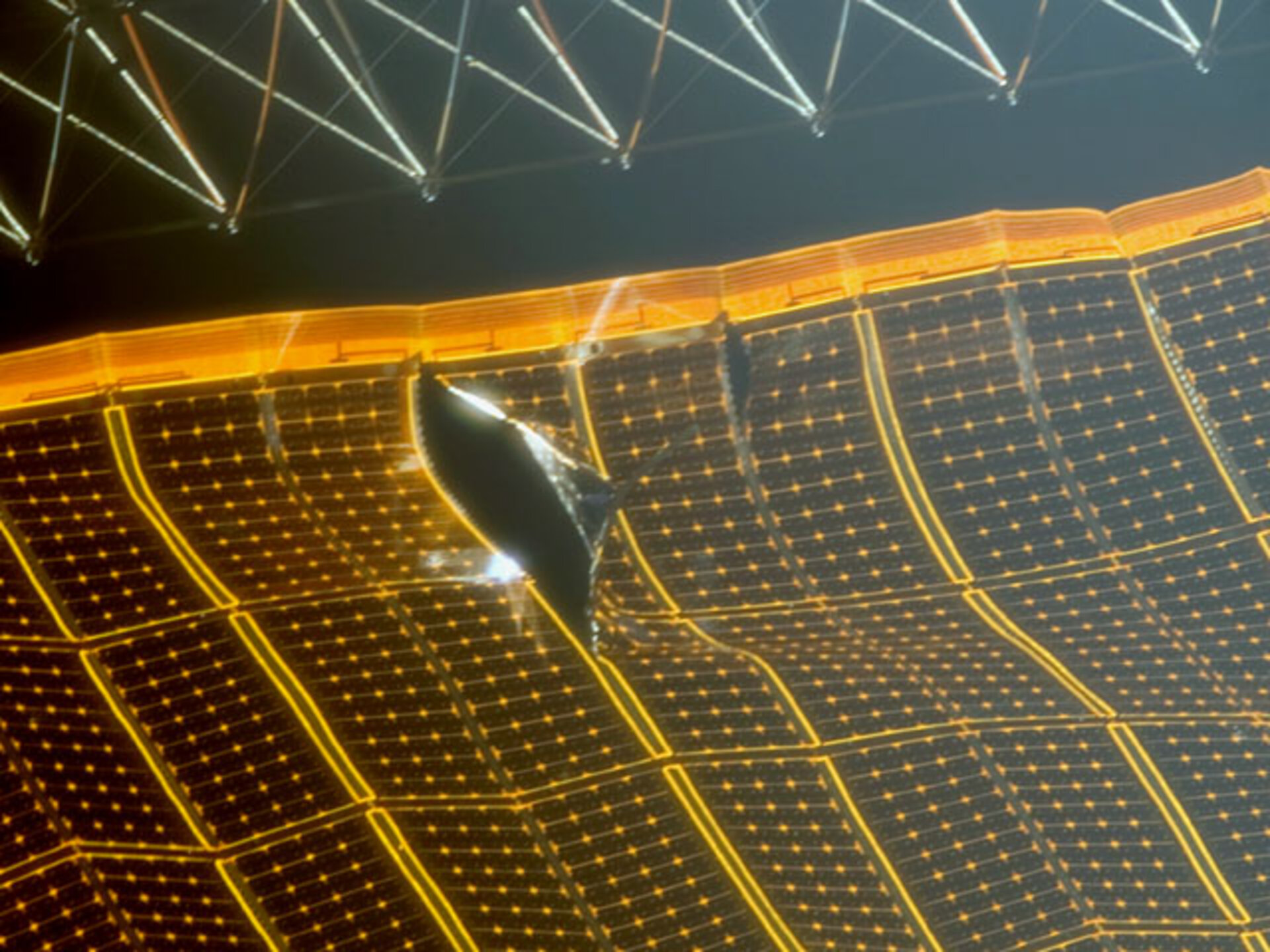 Astronauts on board the International Space Station are preparing for a spacewalk to repair one of the Station's solar arrays. The fourth spacewalk of the STS-120 mission is scheduled to take place on Saturday.

Two tears – one around 80-cm length and a second smaller one – appeared in one of the P6 solar arrays during deployment on Tuesday. The array is currently providing power, but to ensure that it receives no further damage, it needs to be fully extended. Mission Specialists Scott Parazynski and Douglas Wheelock will conduct the spacewalk.

During the spacewalk Parazynski will stand on the end of the Orbiter Boom Sensor System, the Shuttle’s robotic arm extension, attached to the Station’s robotic arm to access a damaged solar array.

Douglas Wheelock will provide guidance to the arm operators, Daniel Tani and Stephanie Wilson, while they manoeuvre Parazynski into position. ESA astronaut Paolo Nespoli will coordinate activities from inside the Space Station, acting as Intra Vehicular (IV) astronaut.

The Station and Shuttle crews are now busy preparing for the spacewalk; this includes studying procedures and crafting tools for use during the spacewalk. A backup EVA on Sunday is possible if the repair is not successful or incomplete.

A fifth spacewalk originally planned to take place during the STS-120 mission has now been postponed until after Space Shuttle Discovery has departed.

An assessment is underway to determine if there is any potential impact to the launch date of Columbus, currently targeted for 6 December.