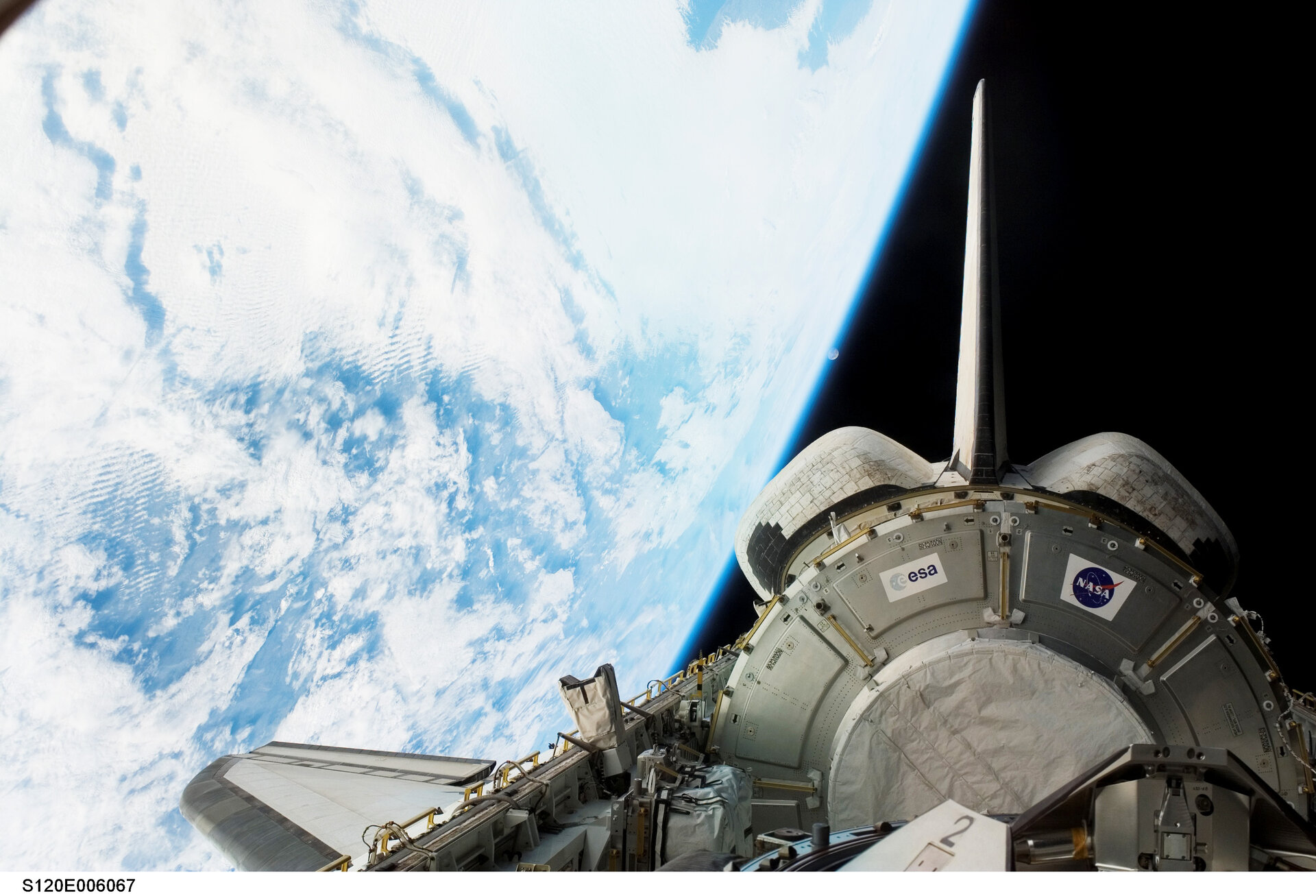 With today's installation of Node 2, now known as Harmony, the Esperia Mission on board STS-120 with Space Shuttle Discovery marks another step in the full in-orbit assembly of the International Space Station.

Built in Europe, with Thales Alenia Spazio as prime contractor, thanks to a barter agreement between NASA and ESA including the Shuttle launch of the European laboratory Columbus, Harmony is the first European module permanently attached to the International Space Station (ISS).

Harmony’s permanent integration to the ISS is a fundamental strategic step allowing future further growth of the Space Station, including the European Columbus laboratory and the Japanese laboratory Kibo, and its further growth along the 'pressurised module' axis, differing from the axis of the truss structures.

"The six hatches of Harmony determine its high structural complexity," says Walter Cugno, Thales Alenia Spazio Node 2/Harmony Programme Manager. "On the other hand, its complexity pushed us to design and to put into practice new solutions also used in the building of Node 3 and the Cupola."

Besides the two axial hatches, which are needed for the permanent connection to the ISS and for Shuttle docking, Node 2 has four radial axes, on the cylindrical side of its structure.

"In the main part of the hatch cut outs there are no electrowelded junctions," Cugno explains. "The Node 2 hatch cut outs are single-part pieces, each about 250 kg, obtained from a 3500 kg drop-forged ingot. In this way the trickiest part of the structure has no joints and the welds that attach the cut outs to the main structure of the Node are far away from the critical area. The same technical solution was adopted for the building of Node 3 and the Cupola."

Harmony has all the necessary systems to manage the attached modules. Beside the electric cables necessary for other modules and the Node itself, Harmony also hosts the equipment for the electrical power distribution, heating, cooling and support of the data exchange with laboratory payloads.

Some ad-hoc racks were developed to protect this complex system of interconnections from the astronauts’ kick loads and to guarantee simple ordinary and extraordinary in-orbit maintenence.

"According to the NASA/ESA/ASI agreements," says Philippe Deloo, Head of ESA’s Cupola/Nodes Project Office. "ESA inherited the management of the Node programme from ASI after Node 2 development and assumed direct responsibility of the support to Node 2 ground operation at Kennedy Space Center (KSC) and the integration and verification phase of Node 3."

Even after the delivery of Harmony to NASA, the level of European support and involvement remained very high. Thales Alenia Spazio performed numerous modifications to Harmony at KSC, resulting from changes in the ISS programme.

"As far as international cooperation is concerned, the Node programme management gave us very precious experience," concludes Deloo. "We demonstrated that, when we have the right strategy and the correct approach, not only does international cooperation work, but it also gives exceptional results. At this point in the programme, everyone agrees on the tremendous efforts made and the excellent results we obtained."

These excellent results are confirmed in the design and in the build of Node 3, which is due to be launched later. Node 3 is visually identical to Node 2. It hosts all the functions necessary for the support of life aboard the ISS (atmospheric control, carbon dioxide removal, oxygen generation, water recycle and production), allowing the ISS permanent crew to be increased to up to six permanent members.