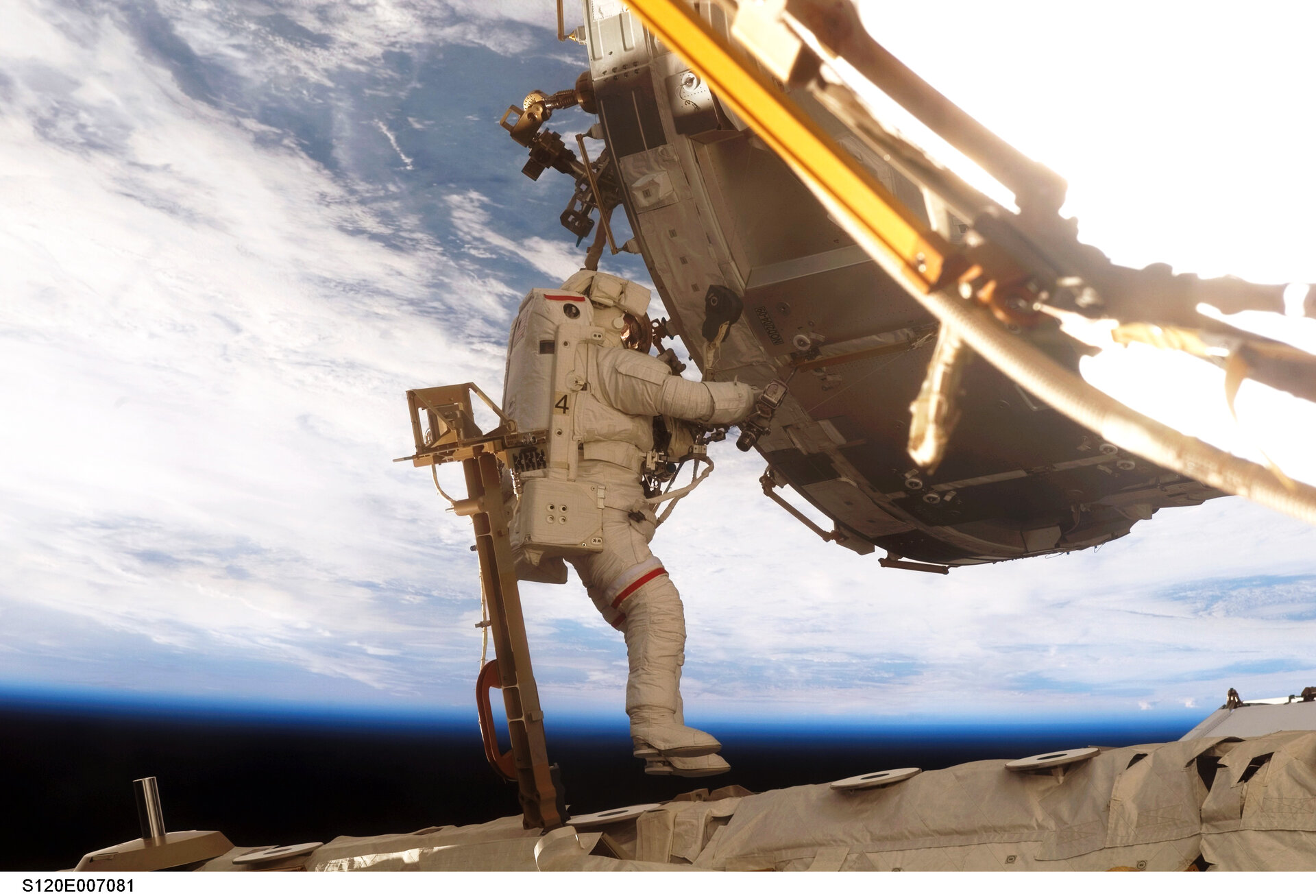 Astronauts on board the International Space Station have today completed a spacewalk to prepare one of the Station’s solar array units for relocation. They also carried out external outfitting of Harmony, the Italian-built connecting module installed last Friday.

Their first task was to prepare the so-called P6 truss segment for relocation from the top of the Space Station to the port end of the Station’s truss - a kind of backbone structure running along the width of the orbital outpost.

P6, or Port 6, is one of the Stations solar array units which are used to collect solar energy from the Sun and convert it to electrical power to supply the Space Station. P6 has been located on the top of the Station since its installation in 2000.

After the spacewalkers disconnected cables, grounding straps and bolts, the robotic arm operators inside the Station took over. Stephanie Wilson and Douglas Wheelock used the Station’s robotic arm, Canadarm2, to manoeuvre P6 into a temporary holding position.

As the final location of P6 cannot be reached using the length of the Station's robotic arm, the relocation of the truss segment will continue on Monday morning with a complex robotic operation.

P6 is first handed off to the Shuttle’s robotic arm. Canadarm2 is then moved along the truss on a mobile transporter to a position closer to the port end, where P6 is received back again. P6 will be fixed in its final position at the end of the truss during the mission’s third spacewalk on Tuesday.

Amongst other tasks completed during the 6 hour 33 minute spacewalk was the installation of equipment on the outside of the Harmony module such as handrails for use during future spacewalks. Harmony, also known as Node 2, is the Italian-built connecting module installed on the Space Station during the mission’s first spacewalk on Friday.