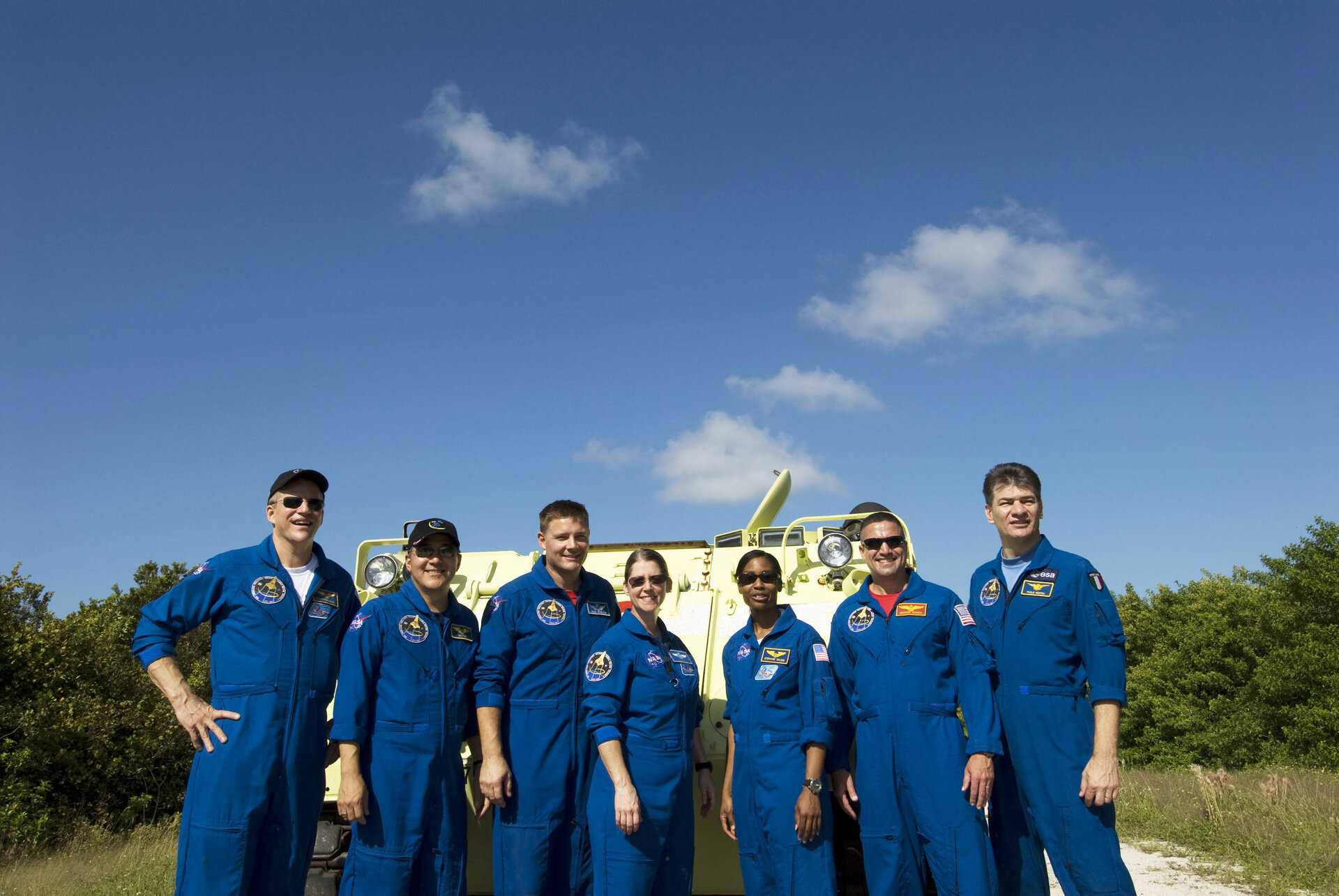 ESA astronaut Paolo Nespoli and his fellow STS-120 crewmembers have taken part in a practice countdown at NASA's Kennedy Space Center, in Florida, ahead of their mission to the International Space Station due for launch later this month.

The practice countdown, or Terminal Countdown Demonstration Test (TCDT), is considered a key training exercise for the astronauts and for the Kennedy Space Center (KSC) launch team. The exercise gives engineers an opportunity to run through the preparations leading up to a Shuttle launch. It also serves as a launch-day dress rehearsal for the astronauts.

As part of the training at KSC the crew are familiarised with the M-113 armoured personel carrier which is used to evacuate the crew from the launch pad in the case of fire. Later in the TCDT the crew donned their orange partial-pressure suits and entered Space Shuttle Discovery for a simulation of the launch countdown.

As well as exchanging a member of the Station's permanent crew, and the challenging operation of repositioning a set of solar arrays, the STS-120 crew is responsible for the safe delivery of the Italian-built Node 2 connecting module - an important step in the continued construction of the International Space Station.

The arrival of the cylindrical Node 2 module, which will be attached to the end of US Destiny laboratory, paves the way for the addition of the European Columbus laboratory and the Japanese Kibo laboratory.