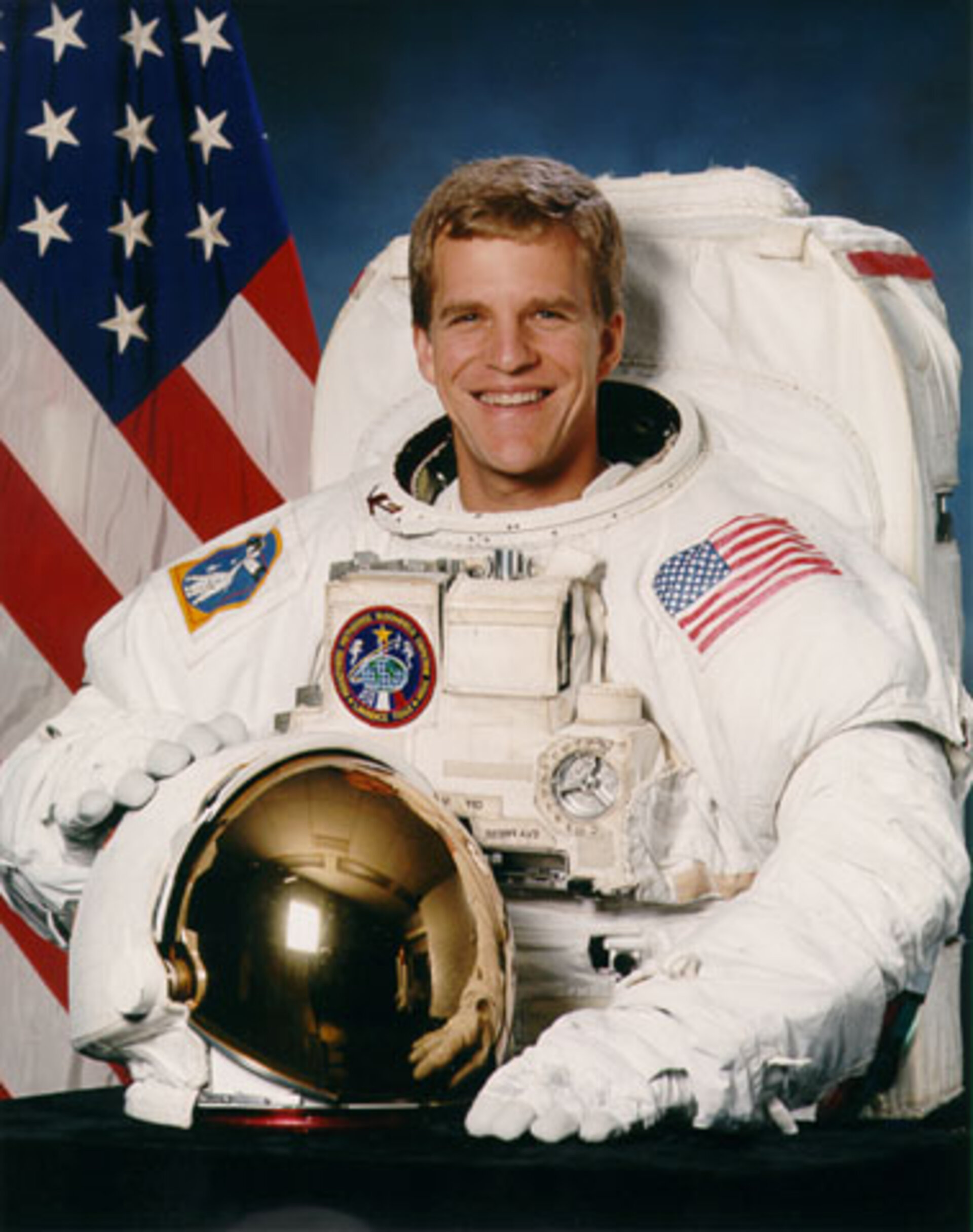 He received a Bachelor of Science degree in biology from Stanford University in 1983, continuing on to graduate with honours from Stanford Medical School in 1989.

Parazynski studied antigenic variation in African sleeping sickness. He conducted research at the NASA Ames Research Center on fluid shifts during human space flight and has been involved in the design of exercise devices being developed for long-duration space flight. He has also conducted research on high-altitude acclimatisation and has numerous publications to his name.

The STS-66 ATLAS-3 mission (3-14 November 1994): ATLAS-3 was part of an on-going programme to determine the Earth's energy balance and atmospheric change over an 11-year solar cycle, particularly with respect to human impact on the ozone. Parazynski had responsibility for a number of activities including operation of the ATLAS experiments. An exercise device he developed was also evaluated during the mission.

STS-86 (25 September to 6 October 1997): This Shuttle mission to the Mir Space Station included the first Shuttle-based joint American-Russian spacewalk. Parazynski was the navigator during the Mir rendezvous and performed a 5-hour spacewalk with Russian cosmonaut Vladimir Titov during which they retrieved four experiment packages. Other EVA objectives included the evaluation of EVA tools and a systems flight test of the Simplified Aid for EVA Rescue (SAFER).

STS-95 (29 October to 7 November 1998), which included ESA astronaut Pedro Duque was a 9-day mission during which the crew supported a variety of research payloads, including deployment of the Spartan solar-observing spacecraft and the testing of the Hubble Space Telescope Orbital Systems Test Platform. Parazynski’s tasks included being the navigator for the Spartan spacecraft rendezvous and operating the Shuttle’s robotic arm.

STS-100 (19 April to 1 May 2001) during which the crew successfully delivered and installed the "Canadarm2" robotic arm, on the International Space Station used for assembly and maintenance. Parazynski conducted two spacewalks with Canadian astronaut Chris Hadfield to assemble and power the robotic arm. Parazynski also operated the Shuttle’s robotic arm to install and remove a European-built Multi-Purpose Logistics Module.

All of these four missions have included a European astronaut: Jean-Francois Clervoy (STS-66), Jean-Loup Chrétien (STS-86), Pedro Duque (STS-95) and Umberto Guidoni (STS-100). Parazynski will serve as the Lead Spacewalker during the STS-120 mission.