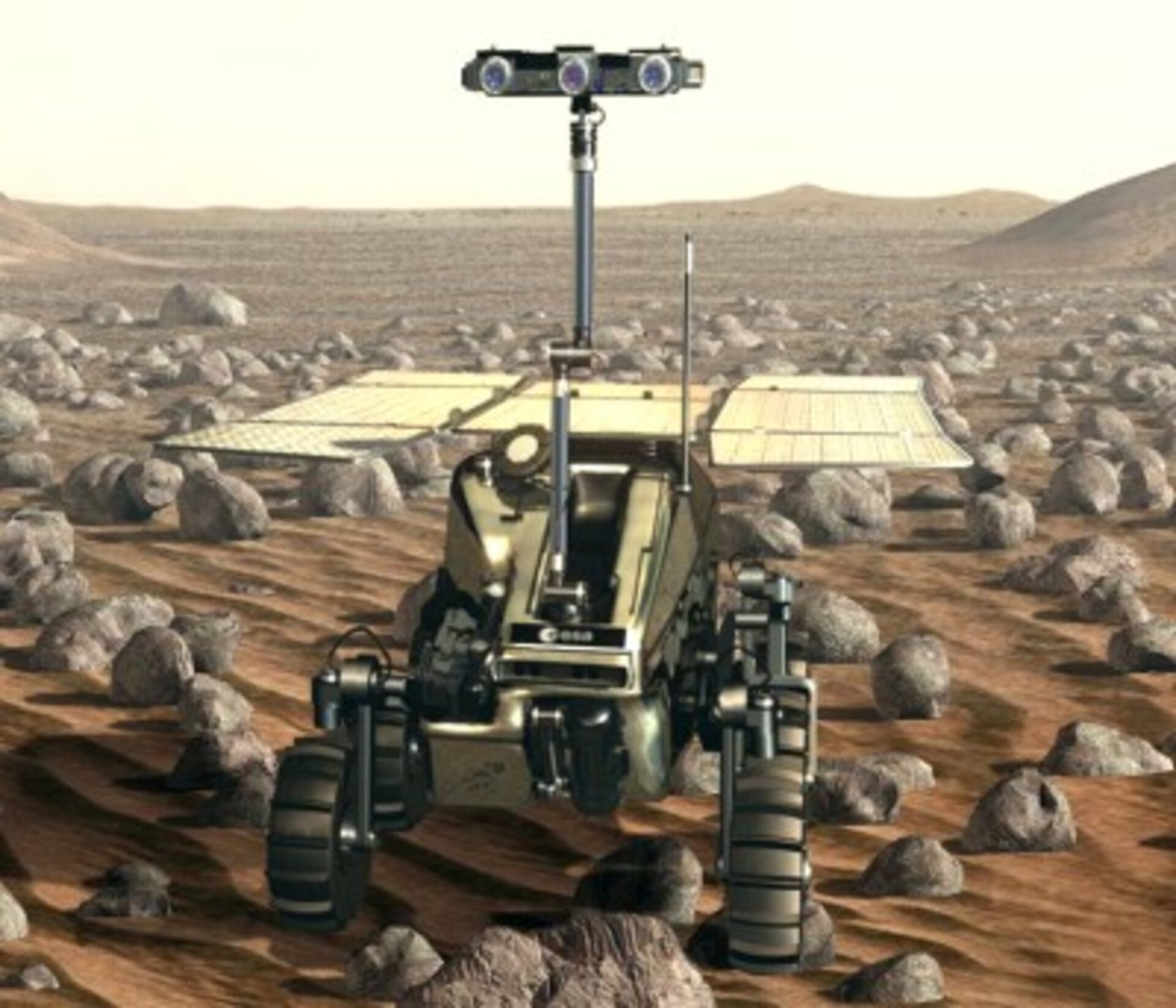 The ministers from the 17 ESA Member States, gathered on 5 and 6 December in Berlin for an ESA Council Meeting, have decided to go ahead with the core programme of the European Space Exploration programme Aurora and its first robotic exploration mission to Mars, called ExoMars.

Aurora, which is an optional programme of the Agency, i.e. Member States are free to decide whether they want to participate in the programme and up to which amount, received a large interest with the ministers and representatives from 14 countries agreeing in Berlin to subscribe to the programme up to a rate which exceeded the expectations.

ExoMars is the first robotic mission to be developed within the Aurora programme framework. Scheduled to be launched from Kourou to Mars in 2011, the ExoMars mission will deploy a highly mobile rover with an exobiology instrument suite and a drill that will reach soil samples up to two meters under the Mars surface in search of traces of extinct or still existing life.

The ExoMars mission was conceived as part of the Aurora Preparatory Programme activities that were started in 2002 with the support of twelve participating states: Austria, Belgium, France, Germany, Italy, the Netherlands, Portugal, Spain, Sweden, Switzerland, the United Kingdom and Canada.

In Berlin, 14 countries agreed to subscribe to the ExoMars mission: the twelve countries from the preparatory phase were joined by Denmark and Norway. Further contributions are still expected in the following months. As far as the financial shares in the programme are concerned, Italy has confirmed its leading role, followed by the United Kingdom, France and Germany. This will also be reflected in the selection of the industrial consortium that ESA will task to build the first European rover for the exploration of Mars, along with a carrier and a descent module.

On account of the large subscription, optional mission configurations will now be further studied and submitted in due time to the participating states for their consideration. The scientific payload carried to Mars with the ExoMars spacecraft will also be finalised in the months to come, with the aim of maximising the mission scientific return. Subject to the availability of national funding for their research, scientists from all states participating in the Aurora programme are represented among the initial selection of instruments, together with some scientists funded by the USA.

Together with the ExoMars mission, the other element of the Aurora Programme, the so-called Core Activities, were also approved in Berlin. The subscription level obtained will allow to prepare further exploration missions beyond ExoMars (such as the Mars Sample Return mission), continue the development of exploration-related technologies and capabilities and at the same time develop a roadmap and perform awareness-raising activities in support of the European involvement in global exploration activities.

The decisions taken in Berlin by the ESA Member States allow Europe to continue with the successful exploration of Mars already started with Mars Express and play a significant role in future exploration activities in cooperation with other international partners.