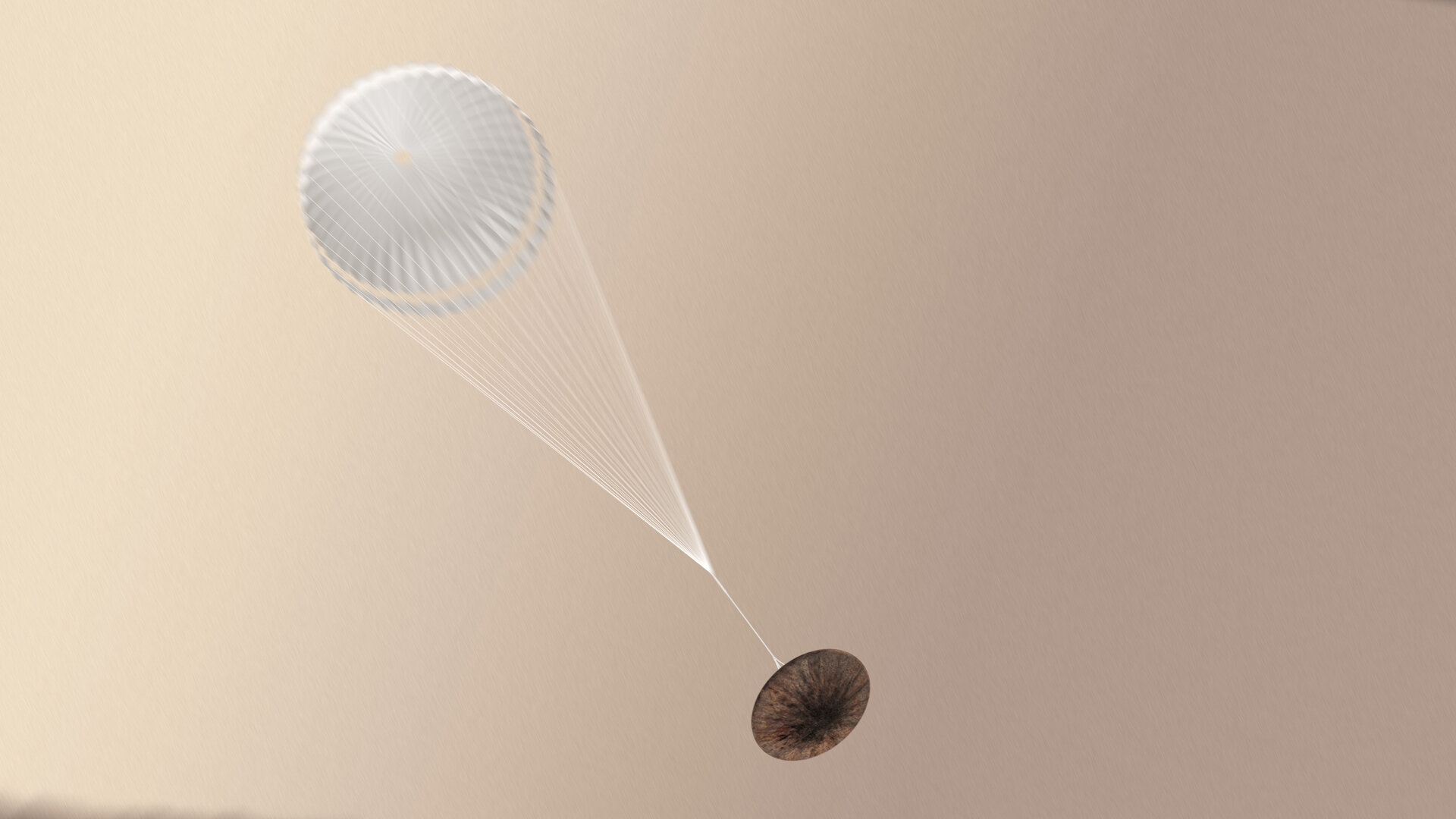 Essential data from the ExoMars Schiaparelli lander sent to its mothership Trace Gas Orbiter during the module’s descent to the Red Planet’s surface yesterday has been downlinked to Earth and is currently being analysed by experts.

Early indications from both the radio signals captured by the Giant Metrewave Radio Telescope (GMRT), an experimental telescope array located near Pune, India, and from orbit by ESA’s Mars Express, suggested the module had successfully completed most steps of its 6-minute descent through the martian atmosphere. This included the deceleration through the atmosphere, and the parachute and heat shield deployment, for example.

But the signals recorded by both Pune and Mars Express stopped shortly before the module was expected to touchdown on the surface. Discrepancies between the two data sets are being analysed by experts at ESA’s space operations centre in Darmstadt, Germany.

The detailed telemetry recorded by the Trace Gas Orbiter was needed to better understand the situation. At the same time as Schiaparelli’s descent, the orbiter was performing a crucial ‘Mars Orbit Insertion’ manoeuvre – which it completed successfully. These important data were recorded from Schiaparelli and beamed back to Earth in the early hours of Thursday morning.

The data have been partially analysed and confirm that the entry and descent stages occurred as expected, with events diverging from what was expected after the ejection of the back heat shield and parachute. This ejection itself appears to have occurred earlier than expected, but analysis is not yet complete.

The thrusters were confirmed to have been briefly activated although it seems likely that they switched off sooner than expected, at an altitude that is still to be determined.

“Following yesterday’s events we have an impressive orbiter around Mars ready for science and for relay support for the ExoMars rover mission in 2020,” said Jan Wörner, ESA’s Director General.

“Schiaparelli’s primary role was to test European landing technologies. Recording the data during the descent was part of that, and it is important we can learn what happened, in order to prepare for the future.”

“In terms of the Schiaparelli test module, we have data coming back that allow us to fully understand the steps that did occur, and why the soft landing did not occur,” said David Parker, ESA’s Director of Human Spaceflight and Robotic Exploration.

“From the engineering standpoint, it’s what we want from a test, and we have extremely valuable data to work with. We will have an enquiry board to dig deeper into the data and we cannot speculate further at this time.”