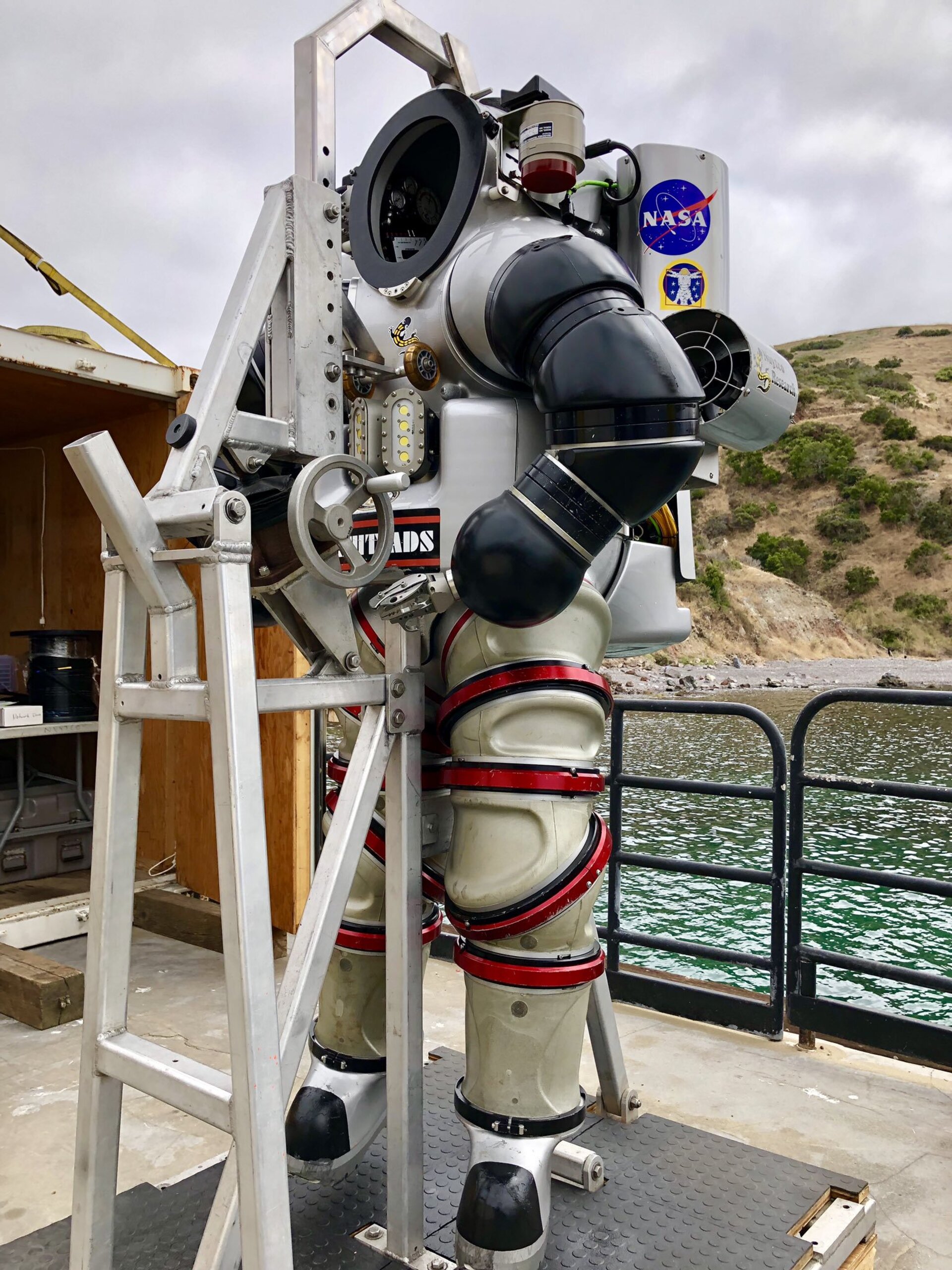 Over the next two weeks ESA astronaut Thomas Pesquet, NASA astronaut Drew Feustel and Japanese astronaut Norishige Kanai will take part in a new NASA Extreme Environment Mission Operations (NEEMO) mission off the coast of California, USA, to assess concepts for undersea training that will aid our next steps on the Moon.

ESA organises regular missions in caves in Italy and on the Canary Islands, while NASA has run 23 NEEMO missions off the coast of Florida, USA. Thomas participated in NEEMO 18 in 2014 and ESA astronaut Samantha Cristoforetti was commander of this year’s NEEMO sortie that took place last month.

This expedition is investigating a new concept for NEEMO with greater focus on exploration and a return to the Moon in 2024. Unlike previous NEEMO missions, the astronauts, also known as aquanauts, will not live underwater but resurface each day to stay on the island of Santa Catalina.

Thomas and Drew will test submersibles and underwater suits to judge whether the new location is suitable as a stand-in for the environment astronauts will encounter on the Moon. Thomas is assigned as submersible pilot for the mission.

The underwater world offers similar geological features to the Moon and putting ideas to the test under high workload, real-world stress, and the unexpected problems that come with field work is one of the only ways to iron out any kinks in new exploration approaches and techniques.

Thomas was chosen to take part in this feasibility study due to his background as an airline pilot and spacewalk experience on the International Space Station during his Proxima mission in 2016. He also took part in ESA’s CAVES programme alongside Norishige, as well as two other NASA underwater missions, making him an ideal astronaut to assess the new programme.

“We have some really impressive technology to work with, including the underwater ‘spacesuit’ and submersible rover,” says Thomas, “but we expect a hectic two weeks where we will be spending a lot of time underwater.

“With these analogue missions everything is made to be as realistic as possible without leaving Earth, so we will be as busy as astronauts on the Space Station, using similar operational techniques with mission control, briefings and procedures.”

Support divers and ground-based personnel will monitor the tasks and guide the astronauts. Experts from ESA’s astronaut centre and Japan's space agency JAXA are taking part too.

This sortie, called NEEMO NXT, will start underwater operations tomorrow and last until 28 August and is being hosted by the University of South California. Follow the mission with updates on social media with hashtag #neemoNXT.