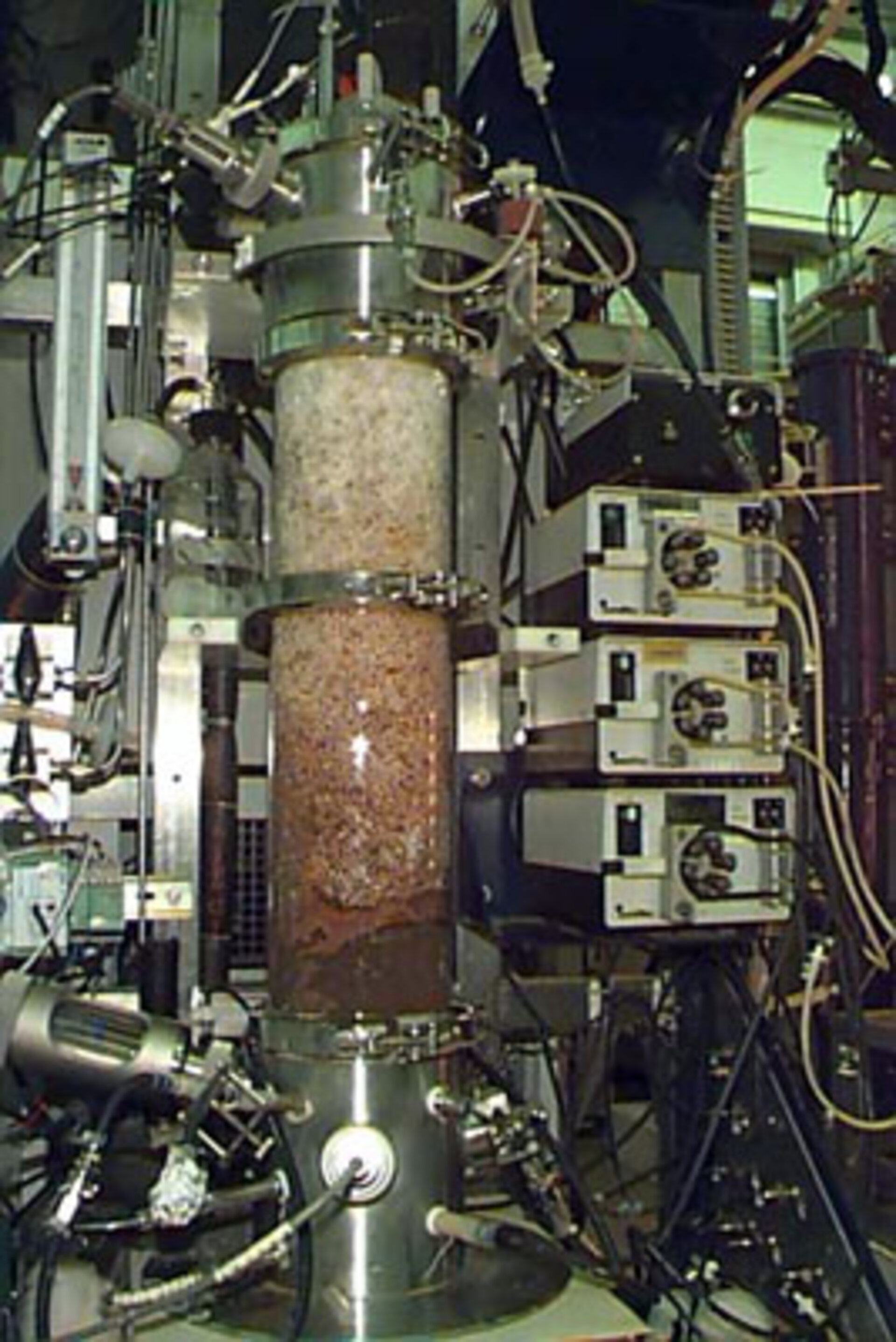 When the first humans go to Mars, they will need to pack very carefully. Everything for a three-year trip will need to fit into one small spacecraft. Once on the journey, the astronauts will throw nothing away, including human waste. Precisely how to turn such waste into food, oxygen and water is the subject of an ESA project, which is building a small pilot plant outside Barcelona, Spain.

The plant is shortly to be scaled-up and tested on real consumers - three rats, whose oxygen demand and carbon dioxide production is roughly equivalent to that of one human. The rats will be kept under close veterinary supervision throughout.

"We are creating an artificial ecosystem which uses micro-organisms to process the waste so that we can grow plants," says Christophe Lasseur from the MELISSA project team at ESA's technical centre ESTEC in the Netherlands. MELISSA (Micro-Ecological Life Support Alternative) goes further than other recycling systems used on Mir or the International Space Station which purify water and recycle exhaled carbon dioxide, but do not attempt to recycle organic waste for food production.

The MELISSA recycling system will consist of five separate, but interconnected, compartments. In three of them, waste will be progressively broken down by different fermentation processes. In the fourth compartment, algae or plants will grow to produce food, oxygen and water. The fifth "compartment" is where the consumers will live - rats in the case of the latest experiments and astronauts on a real mission to Mars.

"MELISSA is a bit like a lake. At the bottom is sludge (raw waste) which undergoes anaerobic (without oxygen) fermentation in darkness. Higher up there's light but no oxygen. Higher still there's oxygen and it's possible to transform ammonia to nitrate. At the surface, there's carbon dioxide, oxygen and light. This is where higher plants can thrive," explains Lasseur.

The different components of MELISSA are being studied and built all over Europe and taken to Barcelona for assembly into the pilot. So far, small models of the three fermentation chambers are operating there together. Shortly after the summer, they will be replaced by larger chambers with 50-100 litre capacity each. The fourth chamber, where higher plants are grown, is under development at the University of Guelph, Canada which recently opened a new facility for growing plants at the sort of low pressure found in space.

By 2005, the pilot plant should be fully operational with all five compartments working together. The next step will then be to build a plant for testing on humans rather than rats.

"The size of MELISSA will ultimately depend on the number of astronauts and the quality of the food you want to grow," says Lasseur. "You would need about 10 square metres growing area per person if you want to live on wheat, far less if you’re happy with algae." So MELISSA's final design will also depend on what astronauts want for dinner.