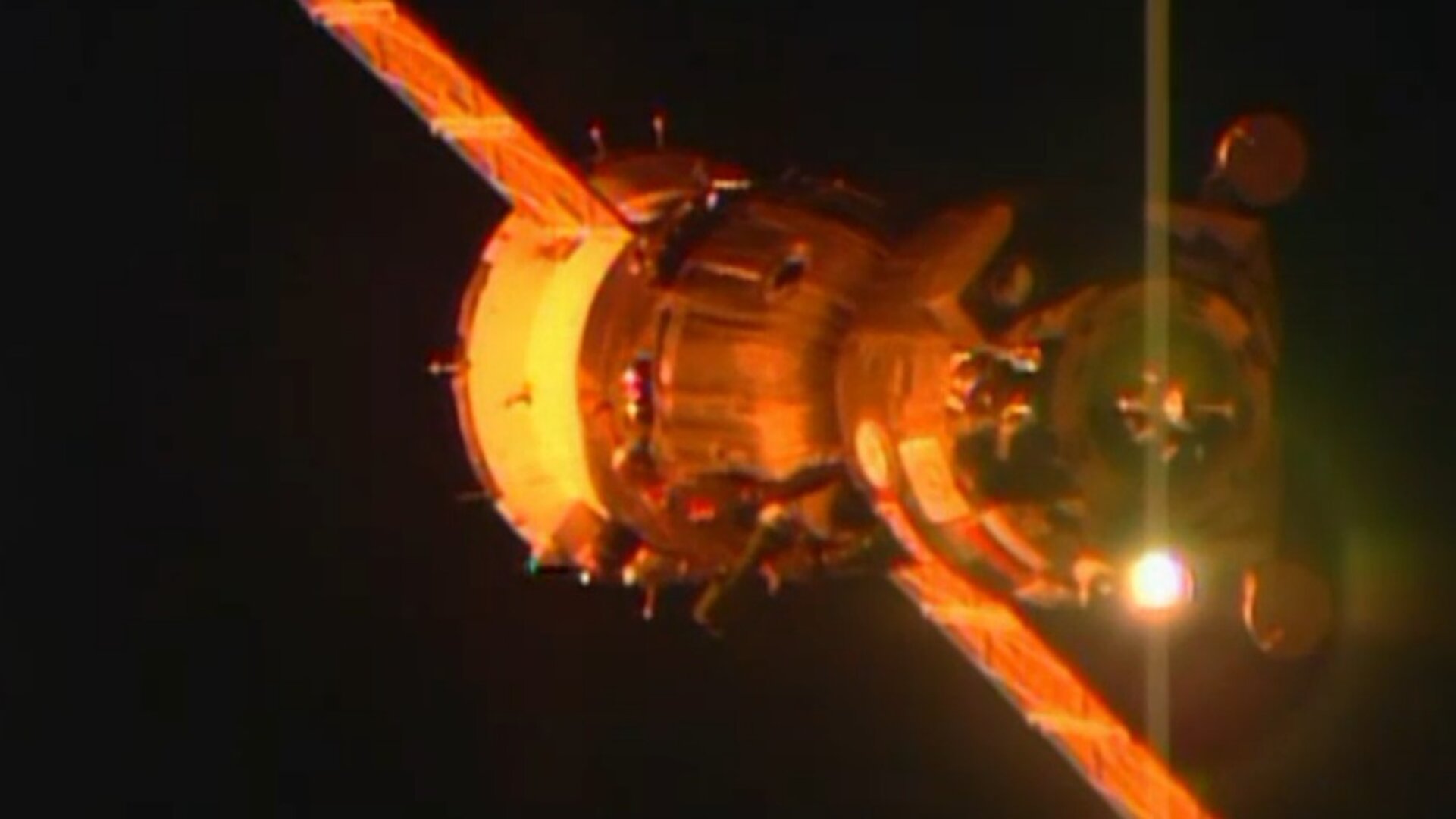 The Soyuz spacecraft launched from Baikonur cosmodrome in Kazakhstan last night safely docked with the International Space Station this morning, delivering ESA astronaut Samantha Cristoforetti and her crewmates to the weightless research centre where they will live and work for five months.

On this mission, Samantha is flying as an ESA astronaut for Italy’s ASI space agency under a special agreement between ASI and NASA.

With Samantha are Russian Soyuz commander Anton Shkaplerov and NASA astronaut Terry Virts. All three are part of the Station’s Expedition 42/43 crew.

Samantha’s mission is named ‘Futura’ to highlight the science and technology research she will run in weightlessness to help shape our future.

As is now standard with Soyuz, the astronauts reached their destination just five hours and 48 minutes after liftoff and four orbits around our planet. Their spacecraft docked as planned at 02:49 GMT (03:49 CET), and the hatch to their new home in space was opened at 05:00 GMT (06:00 CET).

Samantha and her crewmates were welcomed aboard by NASA Station commander Barry Wilmore and Roscosmos cosmonauts Yelena Serova and Alexander Samokutyaev. The three residents said goodbye to the Expedition of ESA astronaut Alexander Gerst just two weeks ago.

Follow the Futura mission with live updates from Samantha and the mission directors themselves on the mission blog ‘Outpost 42’ via outpost42.esa.int