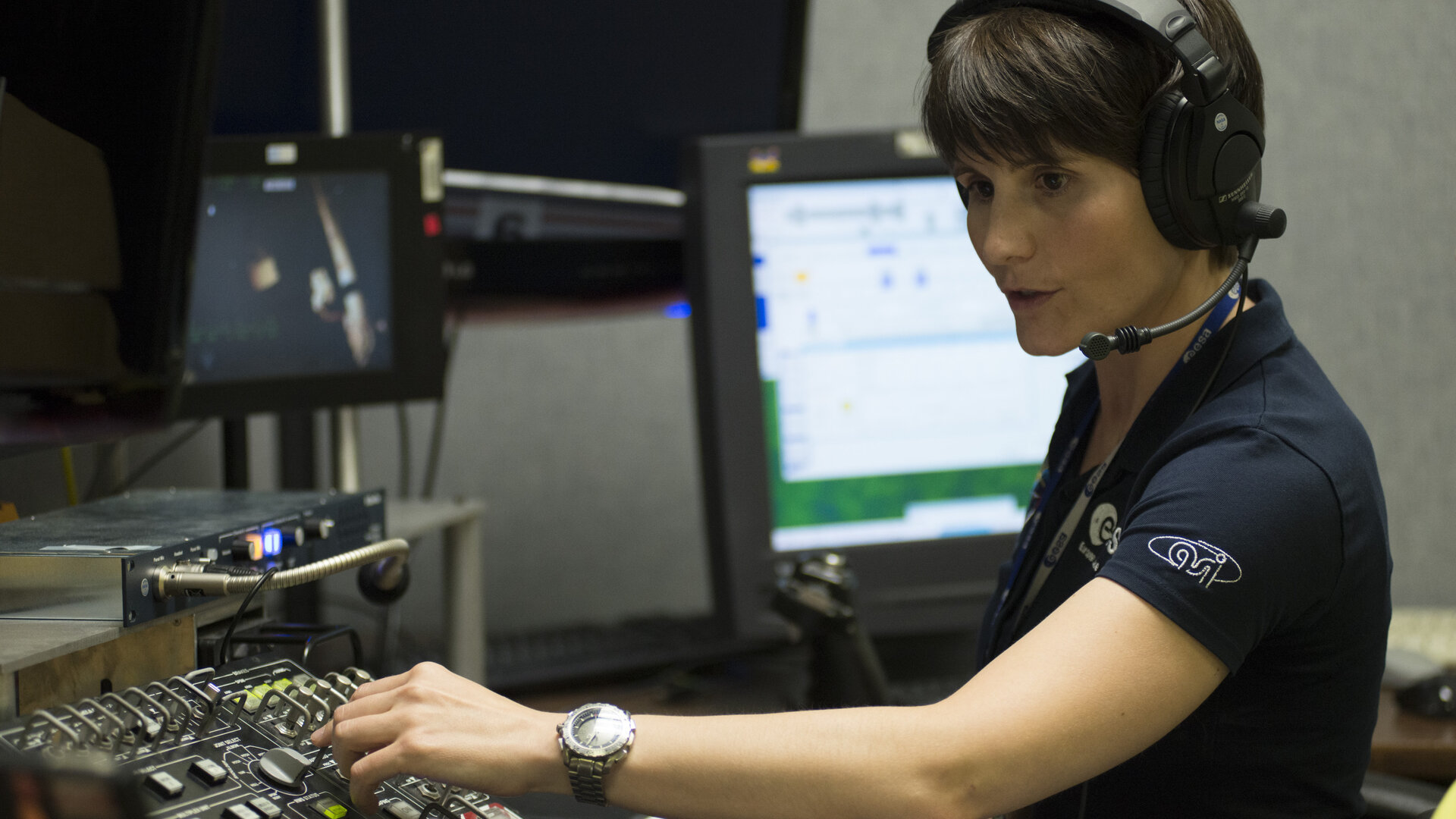 This article was correct at launch but is no longer updated.

ESA astronaut Samantha Cristoforetti was born in 1977 in Milan, Italy but grew up in Male in the Italian province of Trento. She always dreamed of reaching the skies and is an avid science-fiction fan from her childhood years.

She put her dreams into practice by studying aerospace engineering in several universities around the world. Her thesis dealt with solid rocket propellants, lightweight structures and aerodynamics.

Travelling and learning languages was part of Samantha’s education, starting with a year spent in the USA at high school. In 2001, she graduated from the Technische Universität Munich, Germany, with a master’s degree in mechanical engineering and specialisations in aerospace propulsion and lightweight structures. As part of her studies, she spent four months at the Ecole Nationale Supérieure de l’Aéronautique et de l’Espace in Toulouse, France, working on an experimental project in aerodynamics. She wrote her master’s thesis on solid rocket propellants during a 10-month research stay at the Mendeleev University of Chemical Technologies in Moscow, Russia.

As soon as the Italian air force opened application to women, Samantha was one of the first to apply. As part of her training at the Italian Air Force Academy, she completed a bachelor’s degree in aeronautical sciences at the University of Naples Federico II, Italy, in 2005. She also completed the Euro-NATO Joint Jet Pilot training.

Her career in the force saw her log over 500 hours with many military aircraft and she is now a captain of the Italian air force.

Samantha’s technical degrees and proven skills in mastering high-tech machines coupled with her aptitude for languages and enthusiasm for travelling make her an ideal astronaut candidate. In 2009 she was one of the six chosen from 8000 European applicants to join the ESA astronaut corps.

In 2012 Samantha was assigned to the Futura mission. Travelling the world as part of her astronaut training, she had a head start as she already spoke German, French, English and Russian. Always looking to the future, Samantha is learning Chinese in her spare time.

Samantha is keen on sharing her experiences and has been an active blogger from the start of her career as an astronaut. She enjoys interacting with space enthusiasts on Twitter as @AstroSamantha