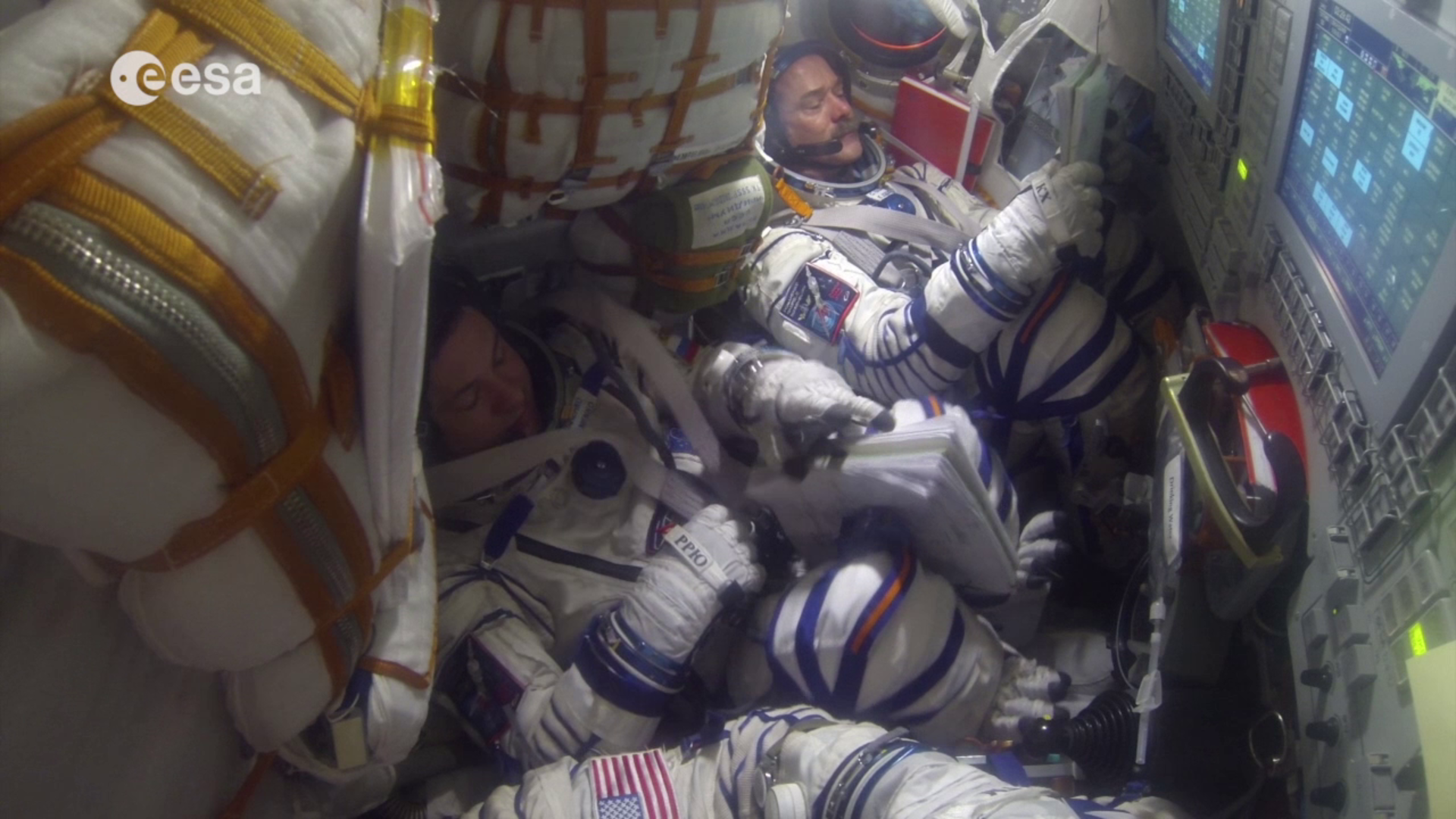 ESA astronaut Samantha Cristoforetti, Russian commander Anton Shkaplerov and NASA astronaut Terry Virts returned to their Soyuz TMA-15M spacecraft and lifeboat at the end of their 200-day mission on the International Space Station. The ride home was even shorter than the ride to the International Space Station, taking less than four hours from undocking to landing in the steppes of Kazakhstan. 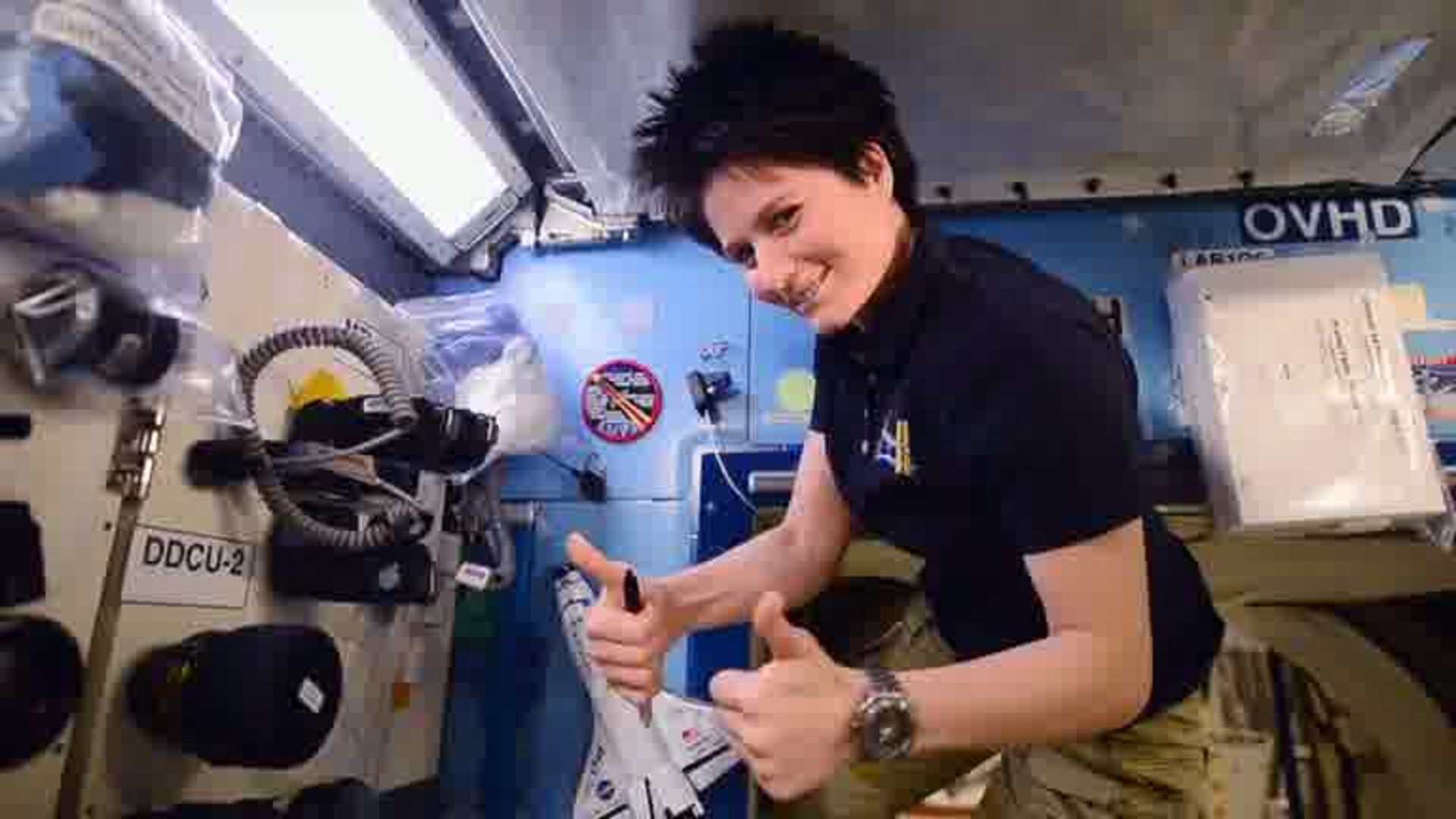 Parachutes deploy to decrease speed even more and the astronauts sit in custom-fitted seats that absorb the shock of impact with our planet even further. At the last moment, retrorockets fire before touchdown to limit the speed of impact to around 5 km/h.

After landing, the crew deploy a communication antenna, so that the rescue teams can pinpoint them, but generally search and rescue teams are already onsite to retrieve the space voyagers. 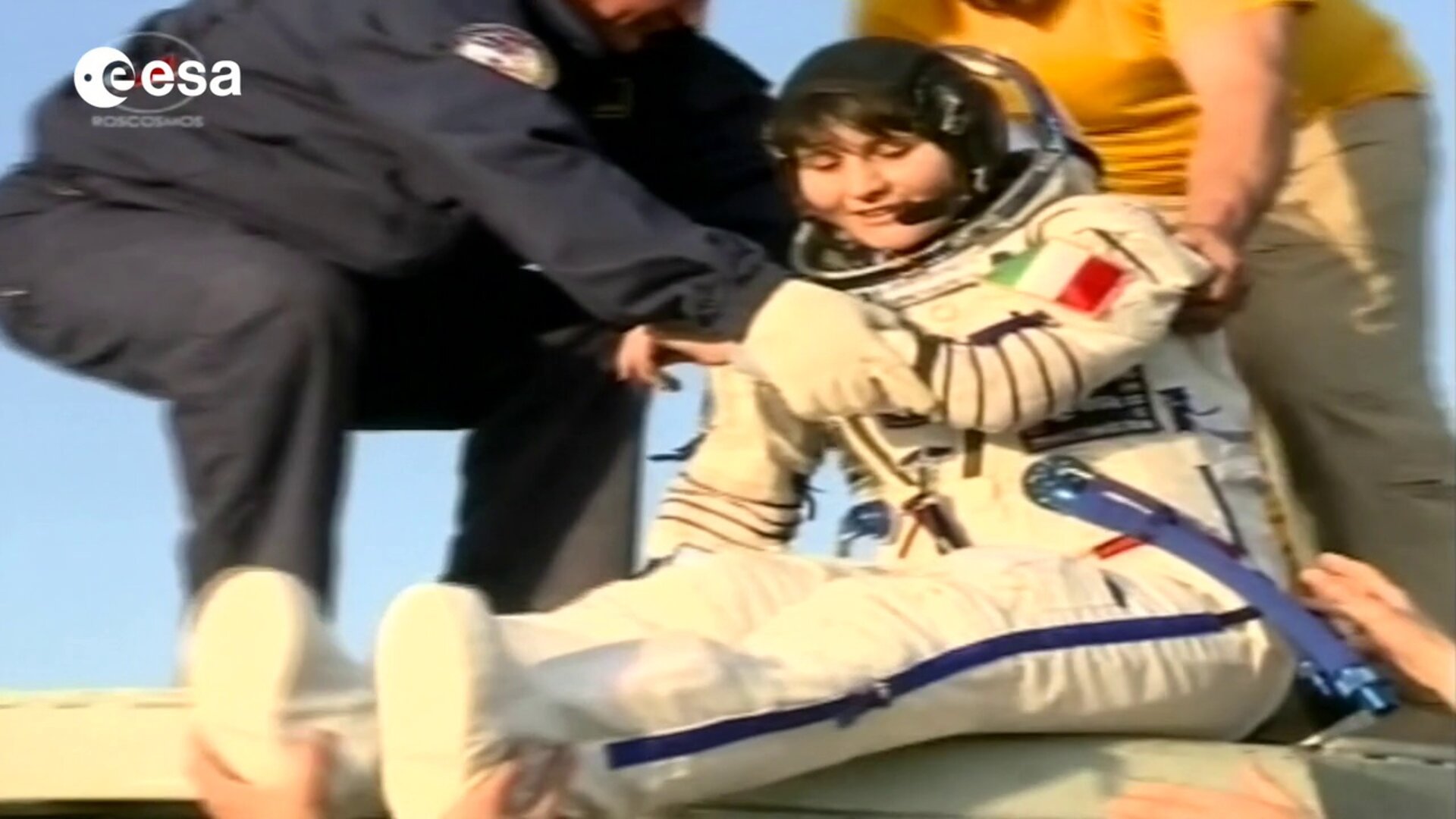