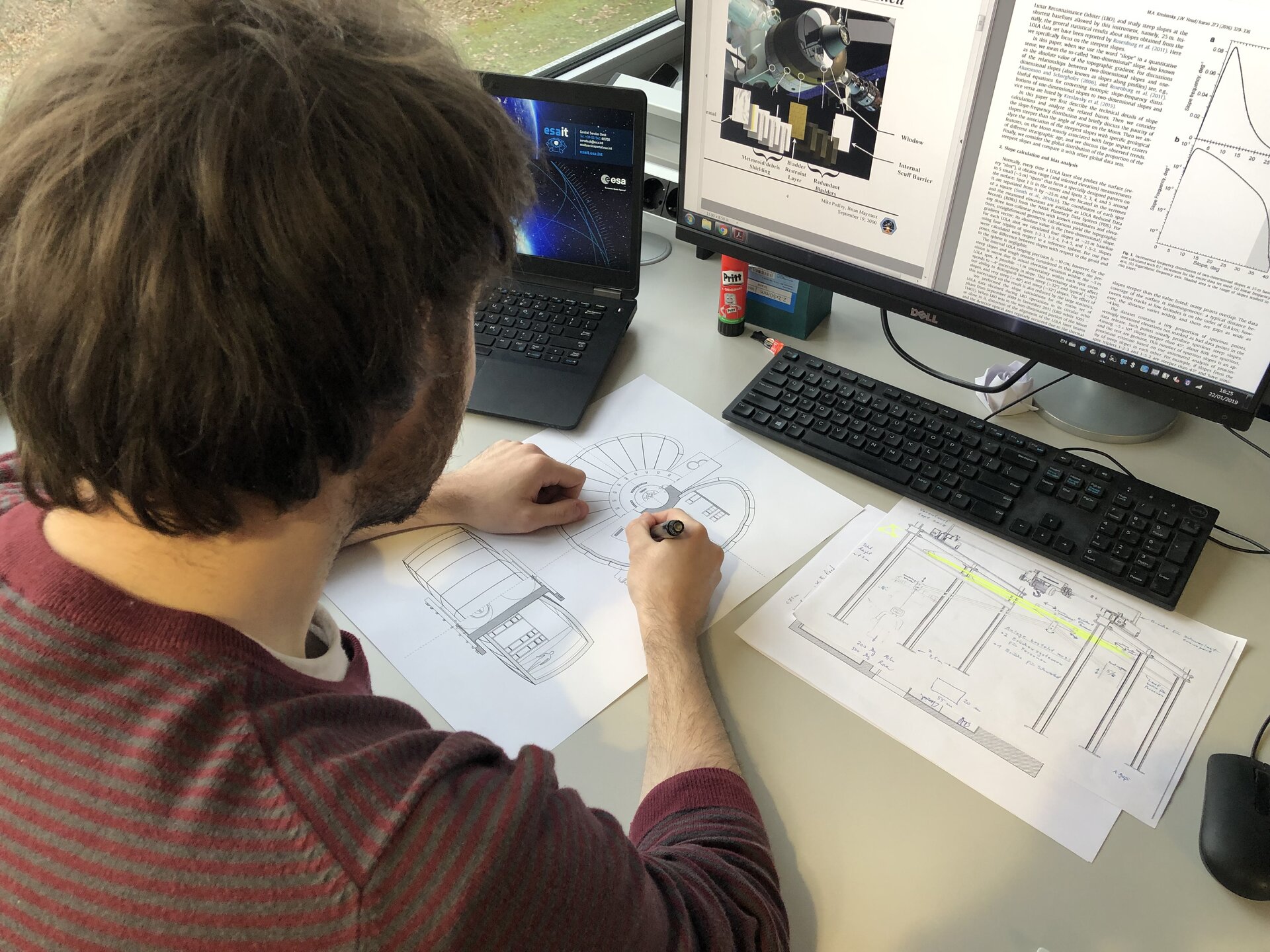 Architect may not be the first profession that comes to mind when you think of space exploration, but well-considered design will be crucial in building a lunar base.

Angelus Chrysovalantis Alfatzis is in his final year of studies to become an architectural engineer at the National Technical University of Athens, Greece.

He is one of several young researchers based at ESA’s astronaut centre in Cologne, Germany, investigating Moon-related concepts as Europe prepares for future missions.

Describing his architectural approach as “hyperlocal”, Angelus is drawn to extreme environments in remote places. He says sourcing or producing materials on the Moon itself will be key to building a sustainable lunar habitat – a view that ESA shares.

“I always strive to find material and structural solutions in accordance with the resources available on-site,” he explains. “At the moment, my focus is on using unprocessed lunar soil for construction and the architectural applications of this.”

Working with others within ESA’s Spaceship EAC initiative that promotes collaboration and networking through partnership with universities and research institutions, Angelus has already aided the design of one concept that may just do the trick.

Developed for a Moon Village Association competition in late 2018, he says his team’s main focus was on developing a concept that would work with existing technology and knowledge of the Moon.

Like construction on Earth, Angelus says the main purpose of lunar buildings will be to protect inhabitants from external conditions that could otherwise pose harm, and create a habitat that supports human life. But there are special considerations that must be factored into planning.

Sunlight, changes in temperature, the type of terrain and the level of gravity all play a role in designing a suitable concept. Due to lack of a protective atmosphere or magnetic field, any lunar base must also protect its inhabitants from radiation and tiny meteorites that rain down overhead.

“The multidisciplinary nature of our team – from aerospace engineers to biologists – helped us examine all the different details of construction and energy requirements,” Angelus says. 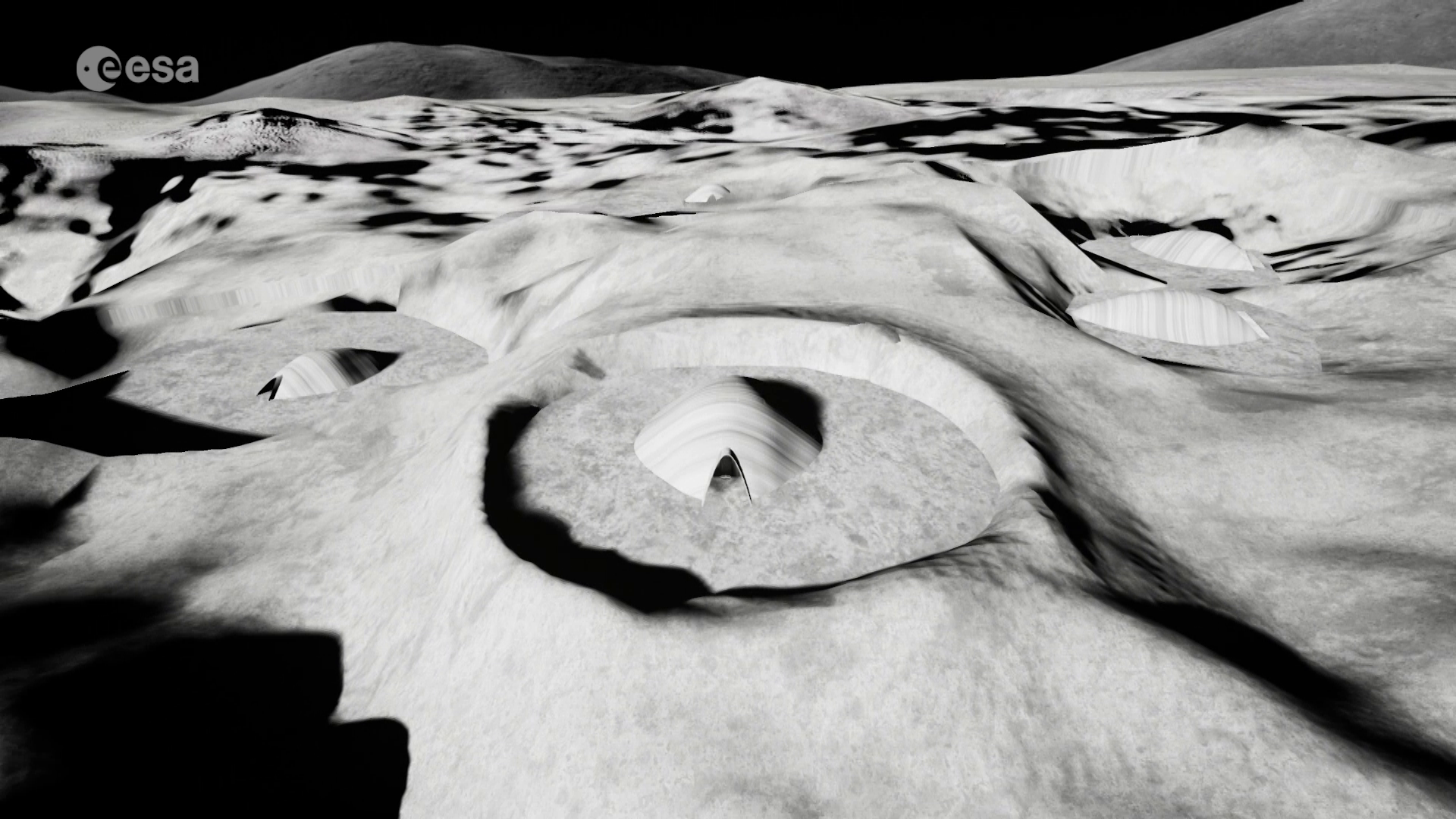 So, what did they come up with?

“Our idea is to transport inflatable modules to the base of a small crater on the South Polar Region of the Moon, and then gradually fill the cavity with lunar soil, until the modules are effectively buried,” Angelus explains.

“Metres of shielding will protect those inside from radiation. Building inside a crater will also help insulate due to the stable temperature of the Moon’s underground environment and provides cover from the threat of micrometeoroids."

Angelus and the Spaceship EAC team were rewarded with a runner-up placing – something they are very proud of given they discovered the competition just two weeks from its deadline.

“The whole experience drove us to think more deeply on the different aspects of lunar construction and habitation, showing us many different possibilities for our future on the Moon,” he says.