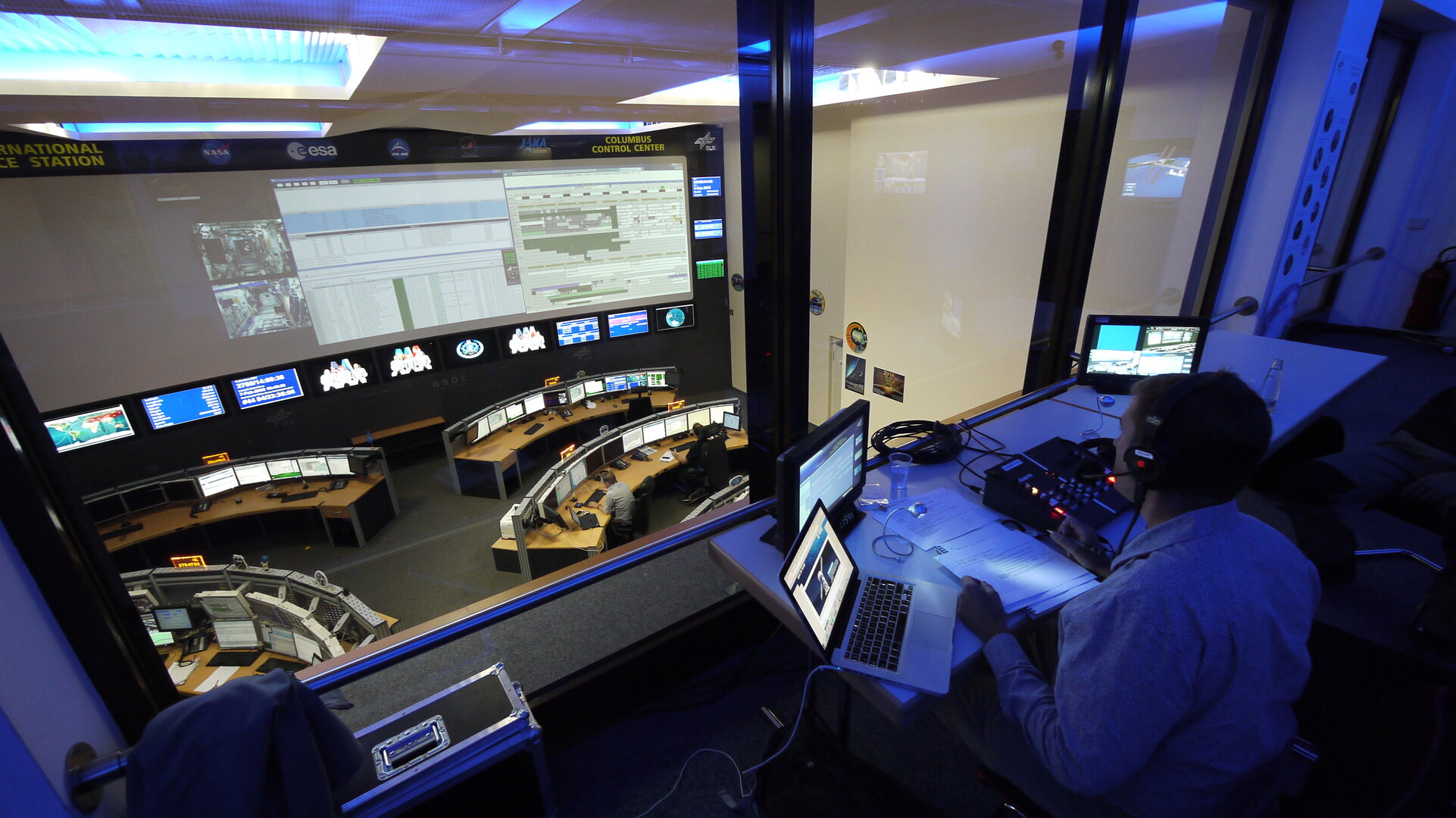 One ground control centre controls and operates the European contributions to the International Space Station. The Columbus Control Centre (Col-CC) controls and operates the Columbus laboratory and coordinates European experiments. While the European cargo vessel Automated Transfer Vehicle operated to the International Space Station the ATV Control Centre in Toulouse, France, controlled and operated the spacecraft.

The majority of the Columbus systems are operated automatically. Control Centres monitor performance of operations and, in case of changes or malfunctions, prepare and perform updates. Maintenance of Europe's space laboratory Columbus is performed by astronauts monitored by the control centre and payload centre.

The centre has two control rooms: one for real-life operations and one for training controllers or running simulations. The second control room also acts as a backup for the first control room. As these two control rooms are located close to each other, there is always a backup which can take over in case of problems.

The Colombus Control Centre is located at the Space Operations Centre of the German Space Agency (DLR), in Oberpfaffenhofen, near Munich in Germany. This centre is open 24 hours a day, seven days a week.

Col-CC controls and operates the Columbus laboratory and is in close contact with the Mission Control Centre in Houston, USA which has overall responsibility for the International Space Station, together with the Mission Control Centre in Moscow. In addition, Col-CC coordinates operations with the Space Station Payload Operations and Integration Centre at the Marshall Space Flight Centre in Huntsville, Alabama, USA, which is responsible for operating European experiments.

All the ground services for Colombus are provided by Col-CC. This includes relaying communications (voice, video and data) to sites where Station users are located such as the ATV control centre, the European Astronaut Centre (EAC), industrial support sites and to the ESA management site at ESTEC.

This centre, which was located in Toulouse, France, on the premises of French Space Agency CNES, operated 24 hours a day seven days a week during ATV missions. ATV-CC was responsible for operating Europe's ATV and interfaced with the Mission Control Centres in Moscow and Houston, as well as with the Columbus Control Centre.

User Support and Operation Centres (USOCs) are distributed throughout Europe. These centres are responsible for using and implementing European payloads on the International Space Station.

On behalf of Station users and under ESA management, USOCs prepare and operate facilities for experiments on board the Station. The USOCs act as the link between the user and the Space Station, and are the focal points for the preparation and operation of ESA payloads.

Before experiments are launched, USOCs develop procedures for experiments, optimise and calibrate payloads and experiments, and support training activities for astronauts.

Once the payloads are in orbit, the USOCs, with support from the ColumbusCcontrol centre, operate the payloads for which they are responsible and receive data on the experiments being performed.

In addition, USOCs interact with the scientists by providing them with data on the experiments, receiving and processing requests for scheduling experiments and providing information and instructions regarding the experiments being carried out.

Although each USOC has a different role depending on the technical and operational responsibilities assigned to them, all USOCs act as information centres for national users. They identify potential users and familiarise them with the possibilities that the International Space Station provides for scientific and commercial use.