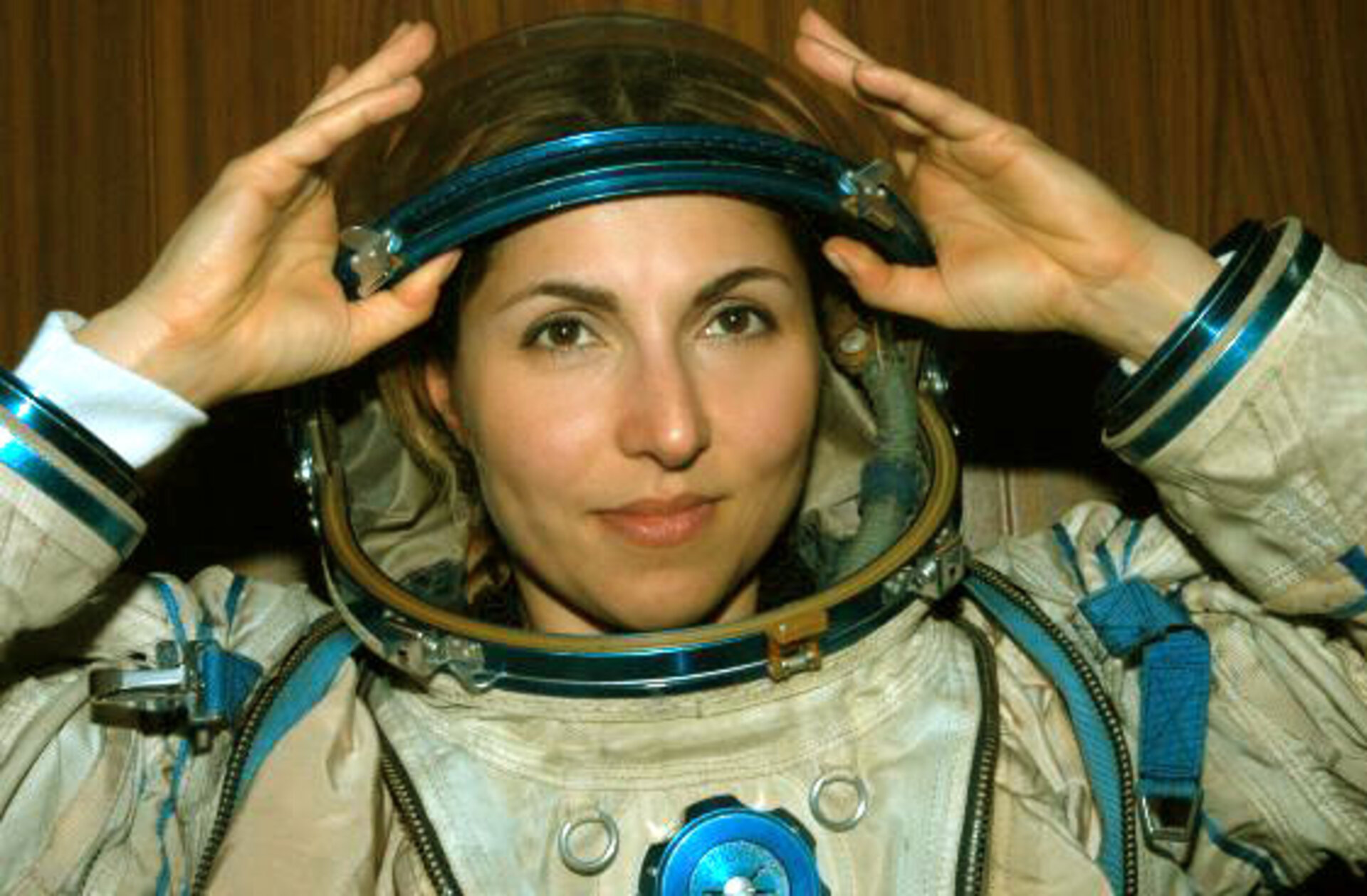 Scheduled to lift off on 18 September 2006 from the Baikonur Cosmodrome, Kazakhstan, along with Expedition 14 crew members, NASA astronaut Michael Lopez-Alegria and Russian cosmonaut Mikhail Tyurin, Iranian-American entrepreneur Anousheh Ansari will be the test subject for four ESA experiments during her stay on board the International Space Station.

The experiments in which Ansari will participate are in the area of human physiology: from the search of the effects of space radiation on the crew, to the investigation of the mechanisms governing the development of muscle atrophy in astronauts. The experiments aim to investigate the reaction of the human organism to the space environment, with the ultimate objective of optimizing the conditions for human permanence in space, and to cast light on common diseases affecting people on Earth.

The European Experiment Programme that is currently carried out by ESA on the International Space Station (ISS) covers a large range of scientific disciplines, which encompass physics, chemistry, biology, physiology, psychology and related topics.

Astronauts on board the ISS have a very busy schedule, performing every day experiments on behalf of scientists on Earth, and acting as subjects of experiments themselves.

A number of experiments - especially in the area of human physiology - fall under a long-term plan and require a high number of observations to be carried out in various sessions and on a considerable number of different subjects. For this reason such experiments involve not only the permanent crew of the ISS, currently constituting three members, but also short term visitors, who are regularly ferried to the Station with the Soyuz or with the Shuttle.

This is the case for ESA astronauts, who normally perform a series of experiments during their short missions to the ISS. In 2005, it was Spaceflight Participant Gregory Olsen who acted as a subject for ESA experiments in the frame of an agreement between ESA and Space Adventures, the company who organises the participation to spaceflight missions for private explorers. Soon it will be the turn of the next spaceflight participant Anousheh Ansari to contribute to ESA’s scientific programme.

Effect of space radiation on the human body: Chromosome-2 Experiment

During space flights, crew members are constantly exposed to different types of radiation. Such radiation damages the cellular DNA, and may induce mutations, which could be associated with an enhanced risk of developing cancer. Induced mutations can be analyzed in lymphocytes (white blood cells): the Chromosome-2 Experiment studies chromosome change and sensitivity to radiation in lymphocytes of ISS crew members, with the objective to assess the genetic impact of radiation on the crew.

The quality of the radiation field cannot be simulated on Earth and it is therefore necessary to conduct the analyses in the space environment. The results of the study will enable a better assessment of the genetic risk for humans in space and, in the long-term, will contribute to optimise radiation shielding for future space exploration missions.

Ansari will act as a test subject providing blood samples before and after her flight.

Looking for bacteria onboard the ISS: SAMPLE Experiment

The danger of contamination by pathogenic organisms is a serious problem on space missions. In weightlessness, some bacteria grow faster than under conditions on Earth, and they are much more antibiotic resistant. However, it is not known whether and to which extent this different behaviour of bacteria could affect the health of the crew or damage technical equipment on board.

The SAMPLE experiment's aim is to investigate what kind of microbial species are to be found on board the International Space Station and how these adapt to space environment conditions. Ansari will take samples from herself and from certain areas of the Station, by rubbing swab sticks over surfaces susceptible to having bacteria, for example switches, keyboards and personal hygiene equipment.

Where does back pain come from? Low Back Pain Experiment

In the weightless conditions of space, astronauts often experience some form of lower back pain. This is extraordinary since, on Earth, back pain is associated with heavy spinal load, mainly as a consequence of gravity.

Scientists have therefore developed a hypothesis that lower back pain may develop without compression of the vertebrae. The explanation of the problem comes from the fact that the lower part of the vertebrae, the sacral bone, has to be kept in position between the two hipbones. And a deep ‘muscle corset’ plays an important role in this process, with the tonic postural muscles being activated when getting up in the morning and deactivated when resting.

It is hypothesised that this protective mechanism does not work in space. In space astronauts’ bones lose calcium and strength, their muscles lose mass: therefore, it is thought that the deep muscle corset atrophies during spaceflight, leading to strain in certain ligaments, in particular in the lower region in the back, and causing as a consequence low back pain in astronauts.

The Low Back Pain experiment aims at studying the development of low back pain on crews during spaceflight, with the objective to assess the level of atrophy in the deep muscle corset in response to exposure to microgravity.

Ansari will complete a daily questionnaire during her flight reporting on back complaints. The results will be compared with similar pre-flight and post-flight ground measurements, in order to obtain a better understanding of the correlation between muscle use/disuse and back pain, which would be useful for developing countermeasures for this problem not only in space but also on Earth.

What are the causes of anaemia? NEOCYTOLYSIS experiment

The NEOCYTOLYSIS experiment aims at studying the effects of weightlessness on the hemopoietic system, the system of the body responsible for the formation of blood cells.

The experiment will study a process called neocytolysis, i.e. the selective destruction of young red blood cells. This process has been observed in astronauts as an adaptive response of the body to the specific condition of weightlessness. In space, in absence of gravity, the blood which is normally held in the extremities by gravity shifts centrally, causing high red cells density in blood vessels in the upper part of the body; this induces a response, which aims at resetting the mass of red blood cells by means of their selective destruction, and that causes in turn a temporary anaemia in astronauts over the first days after landing.

This process is therefore regarded for astronauts as a natural response to specific environmental conditions. However, it may also occur in pathological conditions, for example as anaemia in patients affected by renal failure. The experiment will be therefore of crucial importance for casting light and possibly for contributing to the development of solutions for this serious disease.

Ansari will act as a test subject providing blood samples before and after her flight.