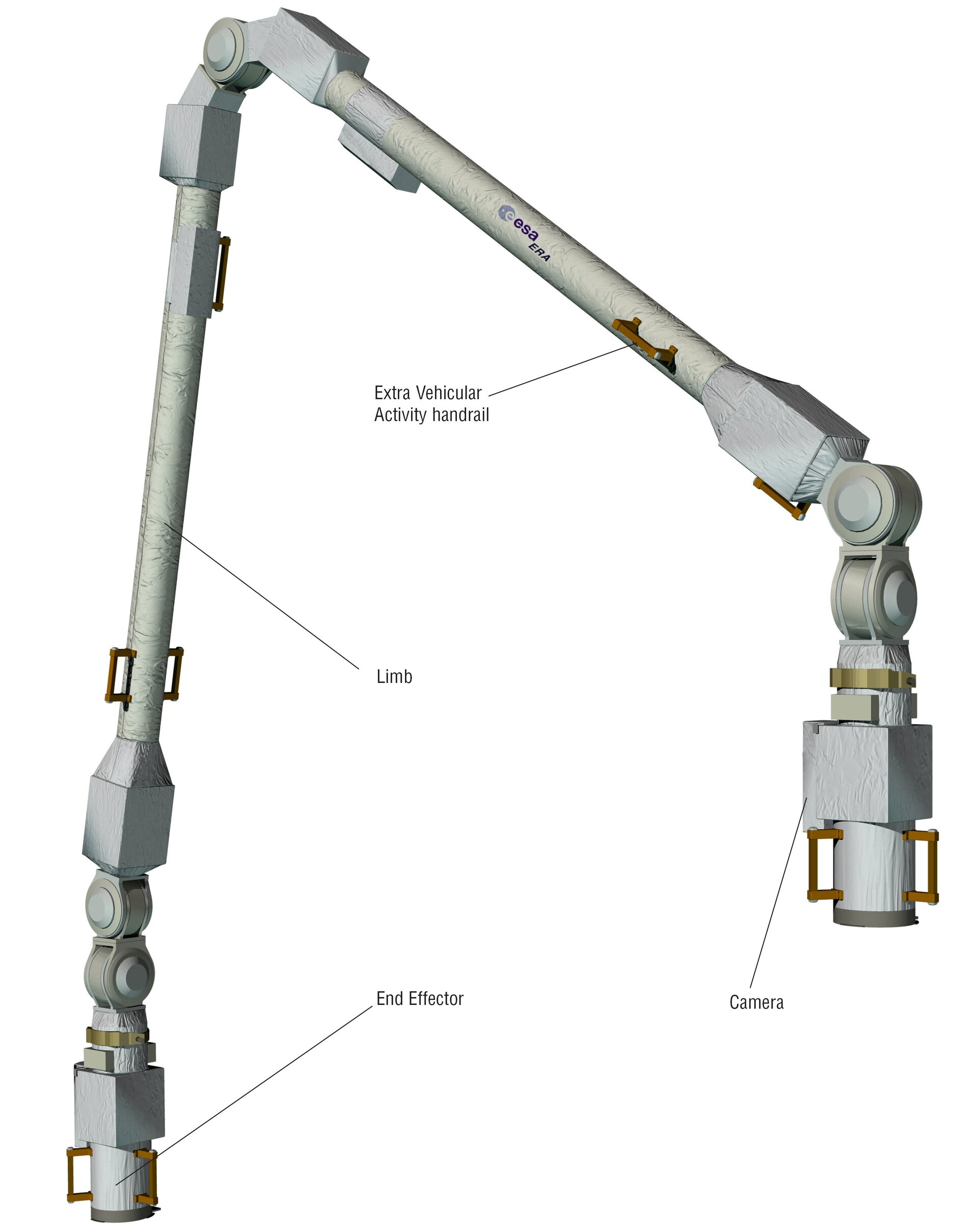 A robotic servicing system, which will be used to assemble and service the Russian segment of the International Space Station

The European Robotic Arm (ERA) will work with the new Russian airlock, to transfer small payloads directly from inside to outside the International Space Station. This will reduce the set-up time for astronauts on a spacewalk and allow ERA to work alongside astronauts.

Another task for ERA is to transport astronauts like a cherry-picker crane to a position where they can work on the exterior of the Space Station, or from one external location to another. This again saves time and effort during spacewalks.

ERA will use infrared cameras to inspect exterior surfaces of the Space Station.

Once ERA reaches the International Space Station, the Russian Multipurpose Laboratory Module will be the home base from which it operates.

The arm consists of two end-effectors, two wrists, two limbs and one elbow joint together with electronics and cameras. Both ends act as either a 'hand' for the robot, or the base from which it can operate.