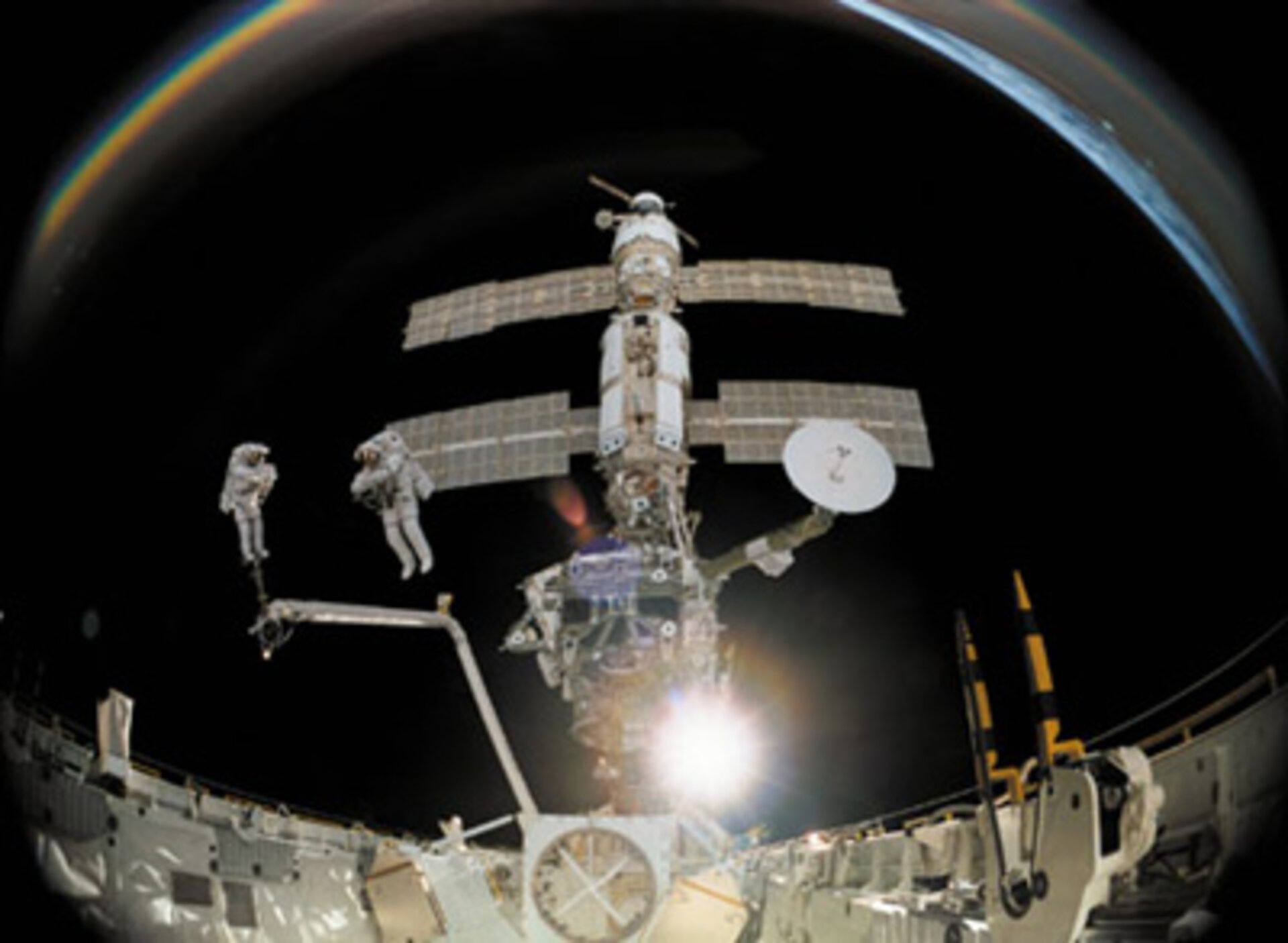 In September a special sneak preview of the new IMAX Space Station film was held at the Omniversum in the Netherlands. The preview was screened ahead of the Dutch première of the spectacular film, which is due to take place at the Omniversum on 1 October 2002.

The event was attended by ESA staff and members of the press who were also given the opportunity to interview Umberto Guidoni and Roberto Vittori, ESA astronauts who have both visited the International Space Station.

Special guests at the sneak preview screening were His Excellency Mr Testori, the Italian Ambassador to the Netherlands and his wife.

As an introduction to the film Roberto Vittori and Umberto Guidoni gave a presentation to the audience about their experiences on board ISS during their respective missions.