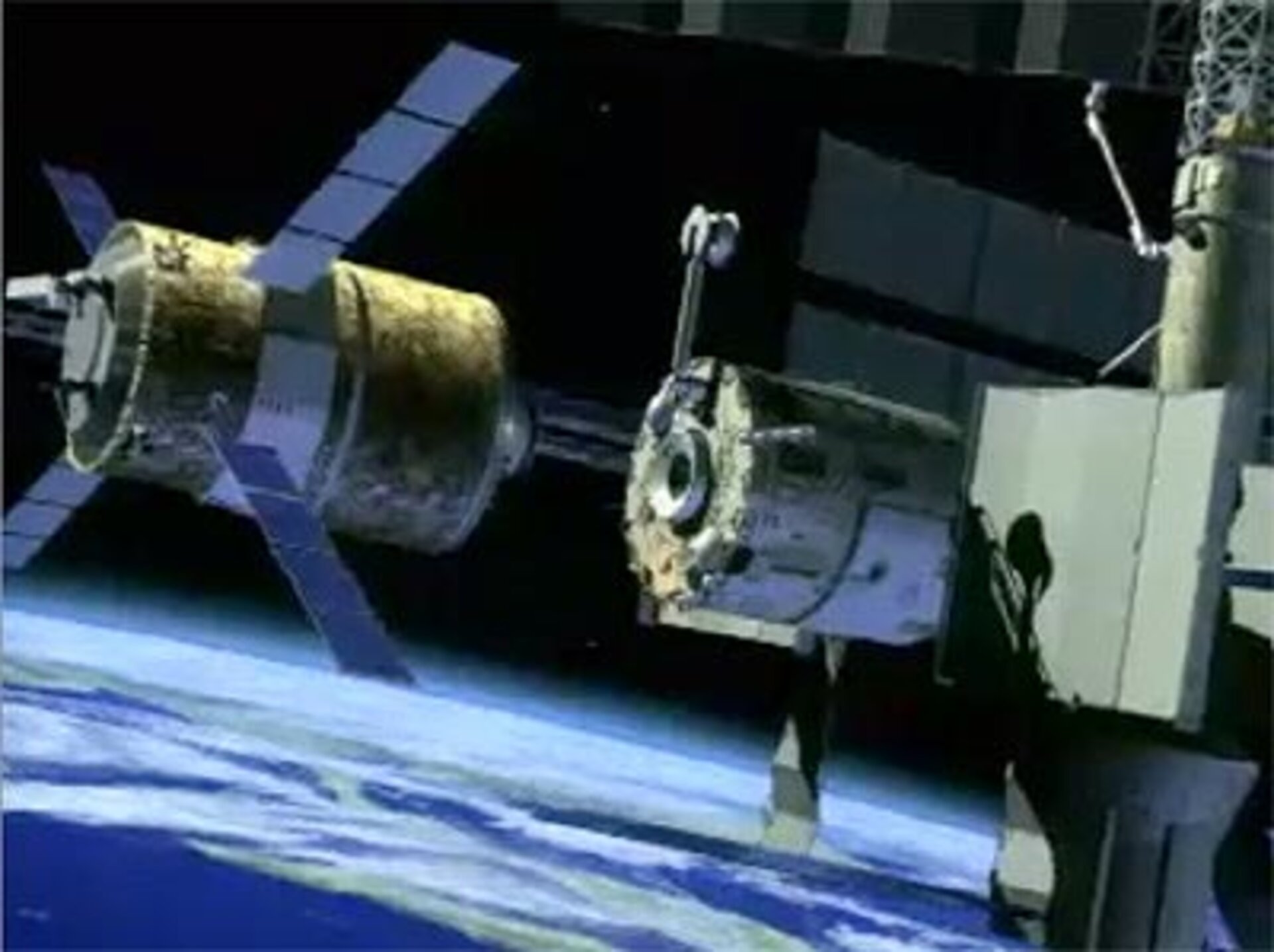 Over the last year the ISS has increased considerably in size. It is already starting to look much like it will in 2010 when assembly is complete.

The first task of the next International Space Station (ISS) phase is to attach the Italian-built Node 2 connector, to which the European Columbus laboratory will be mated.
This will be carried out by the STS-120 crew, including ESA astronaut Paolo Nespoli, who will fly with Node 2 onboard the Space Shuttle Discovery.

The next Shuttle flight after that will carry the European Columbus laboratory, along with two more ESA astronauts; Hans Schlegel and Leopold Eyharts.
During a 12-day mission, Hans Schlegel will carry out two spacewalks to install the laboratory while his colleague, Leopold Eyharts, will oversee the installation and the start-up of Columbus and its scientific facilities during a three-month stay onboard the Station.

Columbus scientific results will give the world a greater understanding of life on Earth and will also help in Europe's preparations for the exploration of Mars and the Moon.
To contribute towards the operational costs of the ISS, ESA has also developed the Automated Transfer Vehicle, or ATV.
The ATV is currently being prepared at the European Spaceport in Kourou, French Guiana. It has been loaded with supplies for the ISS and, at the beginning of next year, it will be mounted on top of an Ariane 5 launcher for transportation into orbit.