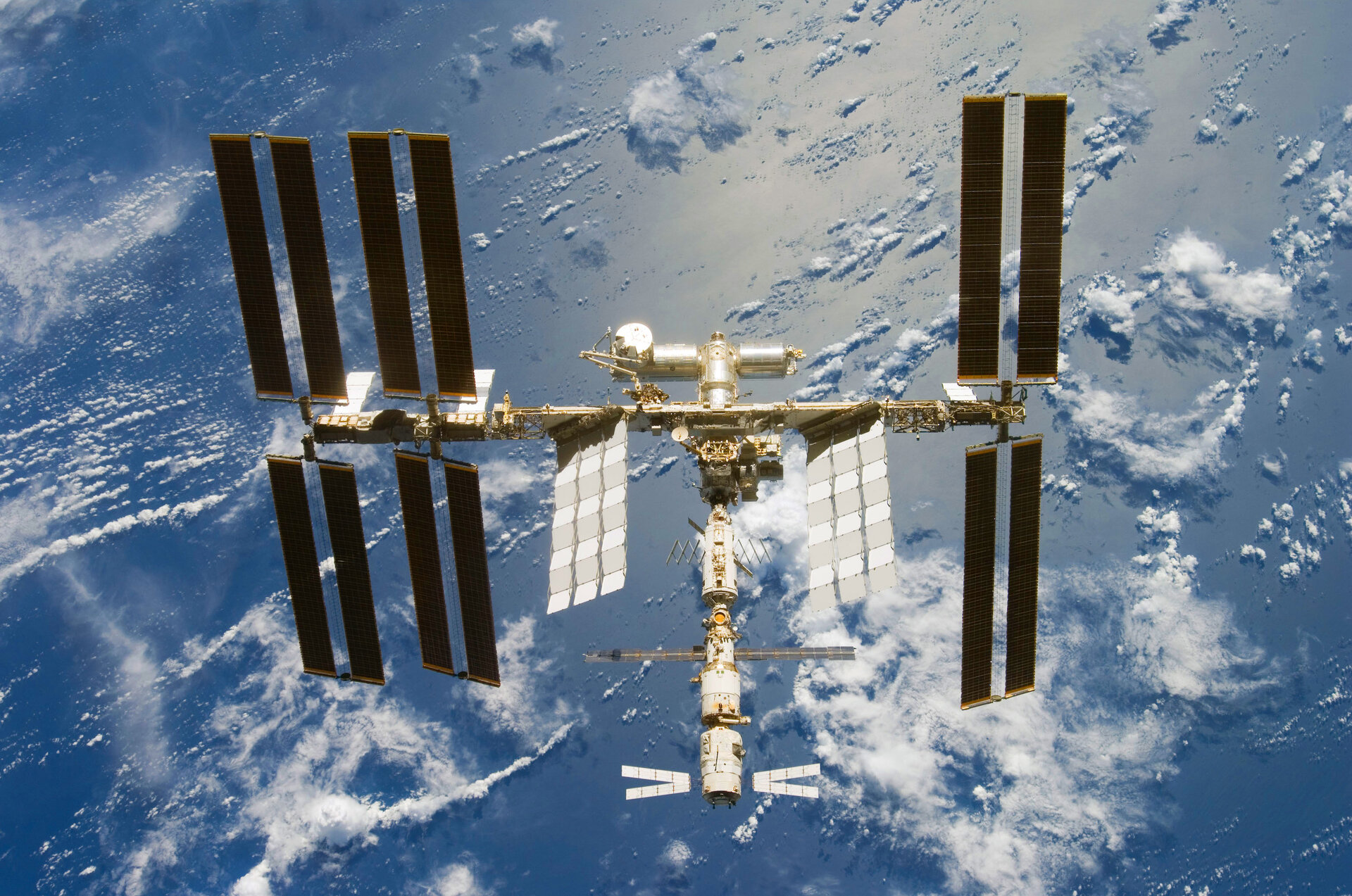 Exactly ten years ago today, the first International Space Station module was launched from Baikonur Cosmodrome in Kazakhstan. The launch of the Russian-built Zarya module marked the start of on-orbit assembly of the most extraordinary space complex.

Since the launch of Zarya on 20 November 1998, the International Space Station (ISS) has grown ten-fold; it now weighs just over 300 tonnes with an internal volume larger than a four-bedroom house. In just the last year, some 50 tonnes of hardware have been added, including the Italian-built Harmony module, and Europe's Columbus laboratory.

"The ISS and Europe's involvement in the ISS is one of the biggest success stories in the history of spaceflight. I am very proud to be a part of that," said Bernardo Patti ESA's ISS Programme Manager. "Europe now has its own permanent, inhabited real-estate in space. The Columbus laboratory is set to produce the outstanding science for which it was built and will help to prepare for future human exploration missions."

A joint venture between the United States, Russia, Canada, Japan and ten European countries coordinated by ESA, the ISS started out as a personal vision of a NASA administrator in the early 1980s. It soon grew to become an international cooperation that has allowed, eventually, 14 nations to build equipment, to fly into space and to live and work together in space.

Over the years, the international partners have had to overcome cultural differences and fostered mutual understanding, establishing a solid relationship. With some 100 000 people involved in the programme worldwide, the personal relationships built up over the years have also been critical to the success.

Since 1998, 167 people from 14 nations have visited the International Space Station. Of these, 11 were ESA astronauts, starting in April 2001 with Umberto Guidoni from Italy and most recently Hans Schlegel from Germany and Léopold Eyharts from France, the latter spending seven weeks on the ISS as a member of the Expedition 16 crew.

As part of the ongoing cooperation, ESA trains astronauts from partner space agencies to operate its own ISS modules. The training of all ISS astronauts on the Columbus laboratory and the Automated Transfer Vehicle (ATV), Europe's ISS re-supply spacecraft, takes place at the European Astronaut Centre located in Cologne, Germany.

"It is very gratifying to see that our astronauts as well as their partner agency colleagues have benefited from the common training and common missions to the ISS in terms of knowledge, know-how and operational experience, which is invaluable for our future human exploration missions," explains Michel Tognini, Head of the European Astronaut Centre and former ESA astronaut. "Through the ISS, Europe is committed to advancing human exploration - the ongoing recruitment of new European astronauts is a testament to this. A new class of ESA astronauts will start training in spring 2009. These astronauts will fly to ISS and eventually beyond."

With the Station's crew size scheduled to double from three to six next year and construction set for completion in 2010, the ISS programme has steadily moved from one of construction to utilisation. An essential part of that programme is Europe's ATV.

The ATV provides crucial services to the Station, such as rendezvous, re-supply, and re-boost. With the achievements of Jules Verne, the first ATV, Europe has demonstrated the capability of its space industry.

"The last 10 years of ISS operations have shown that this is a fantastic and robust international space programme. The production of further ATVs is ongoing - they will all play an essential role in future ISS operations just as the impressive Jules Verne did," said Nico Dettman, Head of ESA's ATV Production programme.

"The International Space Station is a reminder to us all of what human ingenuity can achieve and of our drive to push the frontier and to press forward the quest for knowledge," said Simonetta Di Pippo, ESA's Director of Human Spaceflight. "It would be inconceivable today not to have Europe participating in this great undertaking. It would also be inconceivable not to have Europe represented among the nations that are preparing themselves to return to the Moon with human missions."

"We are very proud to be part of such a fine partnership and for the benefits this has brought to our industry and scientific communities, as well as for the inspiration it provides to European citizens," added Di Pippo. "The experience gained on the ISS forms the basis of our future achievements as we prepare for the next step, one that will take us out of low Earth orbit towards the human exploration of the Moon and beyond. I believe Europe is also in a position to claim an even bigger role if we are visionary enough not to lose the momentum we have acquired with developments such as ATV and Columbus."