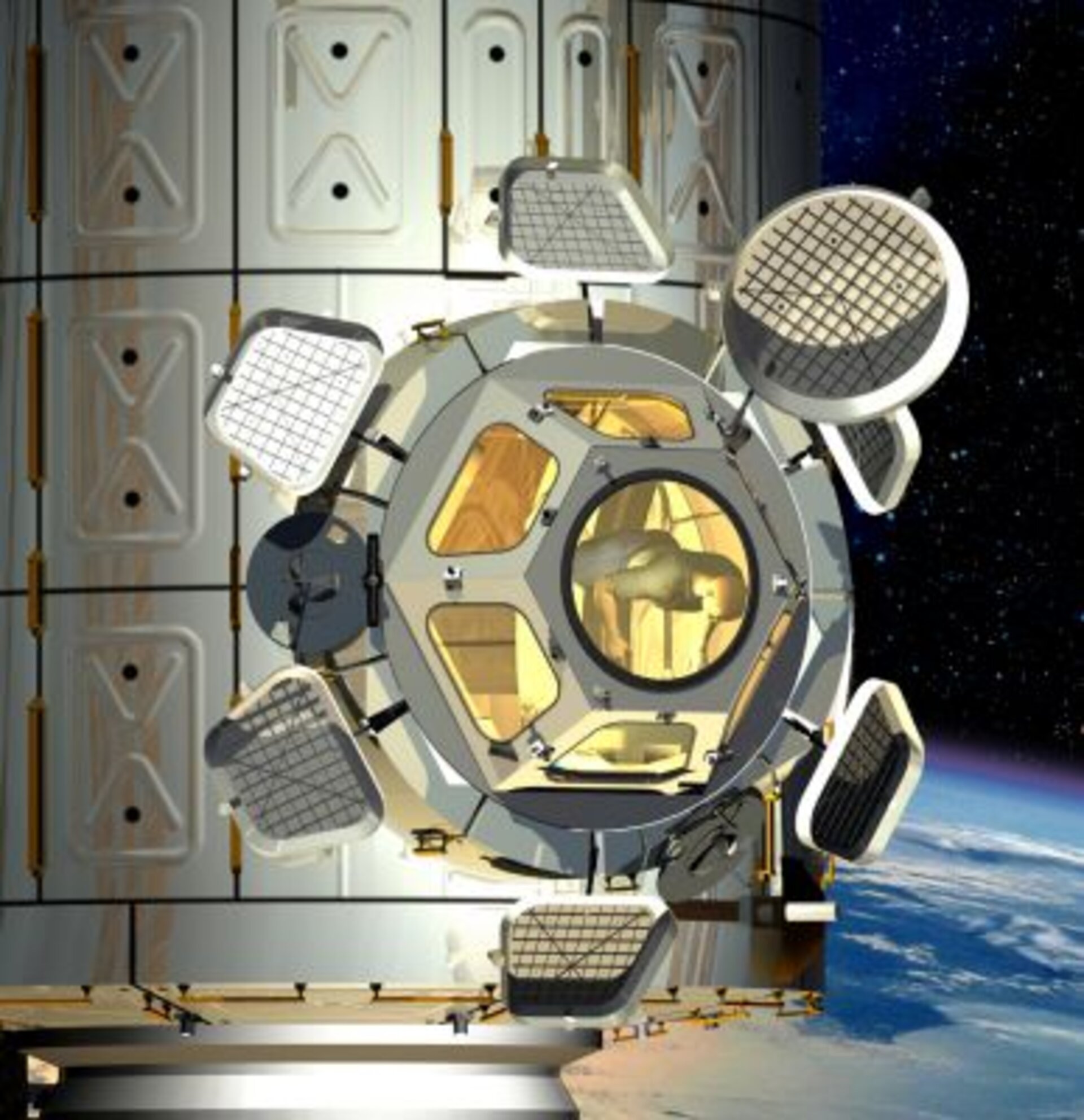 A ceremony to mark development phase completion of Cupola was held in Turin, Italy, on Monday 6 September. From inside Cupola, a dome-shaped structure fitted with seven specially developed windows, astronauts will have a panoramic view for observing and guiding operations on the outside of the International Space Station (ISS).

With a diameter of about 2 metres and height of 1.5 metres, the European-built Cupola provides a shirtsleeve working environment for two crewmembers. The ergonomically designed interior is equipped with workstations from which astronauts will be able to control the Station's robotic arm.

Addressing representatives from ESA, NASA, Alenia Spazio and the subcontractors, ESA's Director for Human Spaceflight, Jörg Feustel-Buechl, congratulated the team on completion of the Cupola. Acknowledging the important contribution of main contractor Alenia Spazio, Mr Feustel-Buechl pointed out that once completed, roughly 50% of the pressurized volume of Station will have been designed and developed by the Turin-based company.

Maurizio Tucci, CEO of Alenia Spazio, expressed his satisfaction about the number of modules built by Alenia Spazio and explained that with the assembly of the Node 3 module just getting underway they will soon be able to complete the series.

Looking to the future Tucci is confident that the specialized knowledge gained by the company through the development of Cupola and other pressurized modules for the ISS, can be used to design and develop solutions for longer stays in space – such as the human exploration of the Moon and Mars.

The Cupola project was started in America by NASA and Boeing, but was cancelled as a result of cost cuts. After a barter agreement between NASA and ESA, development of the Cupola was taken over by Europe in 1998.

ESA's Cupola Project Manager, Philippe Deloo, praised the companies involved, each having contributed their specialist knowledge, for their strong motivation and good relations.

As explained by Alenia Spazio Cupola Project Manager, Doriana Buffa, the Cupola, with its seven windows, is very unlike any of the other modules on the Station and so presented some unique challenges. For example the six trapezoidal side-windows, and the 80-cm diameter circular rooftop window of the Cupola must be able to withstand the extreme environment that they will be exposed to in space.

For the astronauts, the Cupola will also be a highly welcome addition to the Station after it is installed on Node-3 in January 2009. The large viewing windows will provide the astronauts with a view of the Earth quite unlike any other. For long-stay crews this will provide them with an important psychological boost – described symbolically by Buffa as an umbilical cord connecting the crew on the Station to Mother Earth.

The 1.8 tonne Cupola will now be transported to the Kennedy Space Center at Cape Canaveral, Florida where it will undergo final acceptance in November 2004.