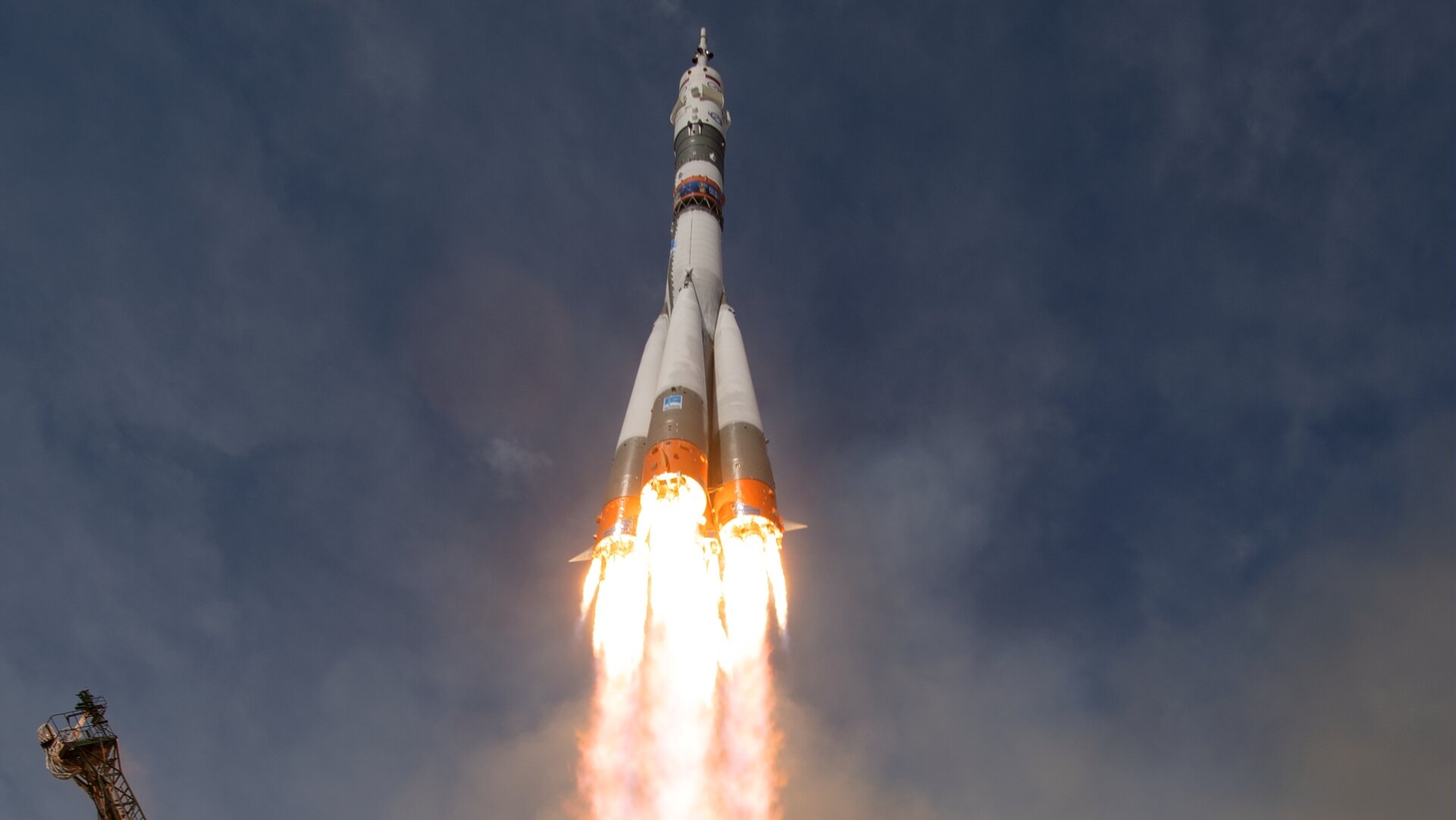 The launch went as planned as the 50-m tall Soyuz rocket propelled the astronauts to their cruising speed of around 28 800 km/h. Within 10 minutes of rising from the pad, the trio travelled over 1640 km and gained 210 km altitude. Every second for nine minutes, their spacecraft accelerated 50 km/h on average.

The spacecraft is an improved model from the last time Alexander was launched into space in 2014 with many technological upgrades to make the spacecraft lighter and more modern. For example, halogen lights have been replaced with LEDs, and newer and larger solar panels increase power generation.

Over the next two days, while circling Earth 34 times, the trio will catch up with the International Space Station where they will spend the next six months. The journey is relatively smooth and quiet after the rigours of launch. With no Internet or satellite phones, the crew relies on radio to communicate at set intervals with ground control.

The German astronaut is a returning visitor to the International Space Station, the first of ESA’s 2009 class of astronauts to be sent into space for a second time. During the second part of his mission Alexander will take over as commander of the International Space Station, only the second time an ESA astronaut will take on this role so far. The next European to fly will be ESA astronaut Luca Parmitano taking over as commander in 2019.

While in space, Alexander will work on over 50 European experiments. All experiments that are run on the Space Station are chosen because they could not be performed anywhere else. The permanent weightless laboratory allows for long-term studies with humans in microgravity and ESA’s Columbus research module is celebrating its 10th anniversary this year.

Alexander will be taking part in experiments that will look at how muscles and the brain react to living away from Earth, testing operations in space with hands-free astronaut-aids as well as investigating the inner workings of natural processes such as how metal alloys form and how atoms behave. Alexander will be loading experiment samples into facilities that he helped install during his last mission called Blue Dot in 2014.

Easier and continued access to humanity’s micro-gravity laboratory for researchers has been secured with the installation of the first European commercial micro-gravity research service yesterday. For a fixed fee anybody can run an experiment inside the European space laboratory Columbus with ICE Cubes.

The international collaboration at the heart of the Space Station programme extends to the research conducted inside. One of Alexander’s first scientific tasks during Horizons will be to collect samples for a Canadian experiment that is looking at how bone marrow reacts to spaceflight, during which an astronaut’s bones are underused in weightlessness – findings from these studies are interesting for elderly and bedridden people on Earth who suffer from osteoporosis.

On Monday Alexander will setup the Grip experiment in Columbus and continue taking data for the European experiment that is looking at how the human brain adapts to situations where there is no up or down – the results will be helpful for designing prosthetic limbs on Earth.