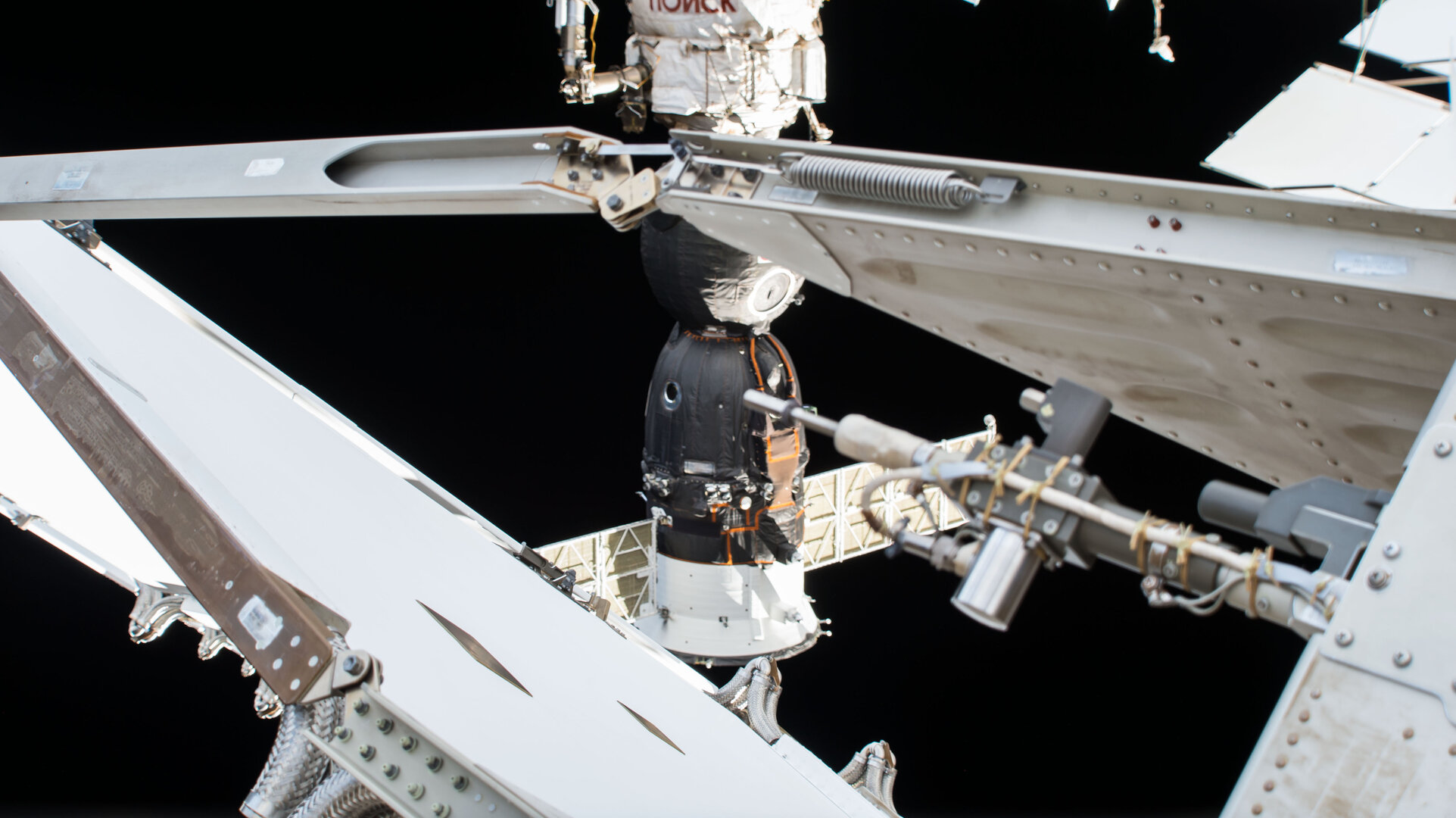 Join us as we look back at the past two weeks of European science on the International Space Station. These were also the last two weeks in space for NASA astronaut Anne McClain, Canadian Space Agency astronaut David Saint-Jacques and Roscosmos astronaut Oleg Kononenko who are preparing to leave the Station at 23:25 GMT today.

Strapped inside their Soyuz MS-11 spacecraft, the astronauts will travel home alongside a multitude of carefully-packed pieces experiments and pieces of equipment. Among the cargo are dosimeters from the Dosis 3D experiment that is charting radiation levels on Station.

A breath of fresh science

On 13 June, Anne and NASA astronaut Nick Hague conducted their final session of the Airway Monitoring experiment. This was also the very last session for this experiment in space.

Starting with ESA astronaut Samantha Cristoforetti in 2015, Airway Monitoring has gathered data on how astronauts exhale nitric oxide in space. The research is helping to build a better understanding of the lung problems astronauts might develop on long spaceflights. Dust circulates indefinitely in space, increasing the chance of entering an astronaut’s lungs. Lunar dust could also cause lung inflammation and this experiment is the first to see how astronauts’ lungs cope with the change in environment.

The Airway Monitoring experiment is notable as it is the only experiment to use one of the Space Station’s airlock for research purposes. Part of the research requires the astronauts breathe while in reduced pressure so air is pumped out of the airlock during monitoring sessions.

On 20 June Nick gave some attention to the algae in German Aerospace Center DLR’s PhotoBioreactor. He provided fresh nutrients and removed excess algae in the experiment that is looking at how we can harness the power of Chlorella vulgaris to produce oxygen and food from water and carbon dioxide. Nick also took a sample of the algae and stored it in the Space Station’s –80°C freezer for analysis later on Earth.

The Electromagnetic Levitator was also powered up for another run of melting and solidifying alloys in space. Roscosmos astronaut Alexi Ovchinin configured the gas valves that allow the metals to be cast in an inert environment. Understanding the underlying physics of metal casting is complicated and factors such as gravity, and the mould used to hold the metal in place as the gas in which the metal is cast, can influence results. For example, gravity pulls on atoms in different ways and heat is transferred to the mould whereas the gas can interact with metal too. The facility was made ready for science on 19 June.

After the trio leave the Space Station tonight, Nick, NASA astronaut Christina Koch and Alexei will continue to orbit our planet as a trio until the arrival of Soyuz MS-13 crew. This crew includes ESA astronaut Luca Parmitano and the launch, currently scheduled for 20 July 2019, marks the start of his second mission – Beyond.