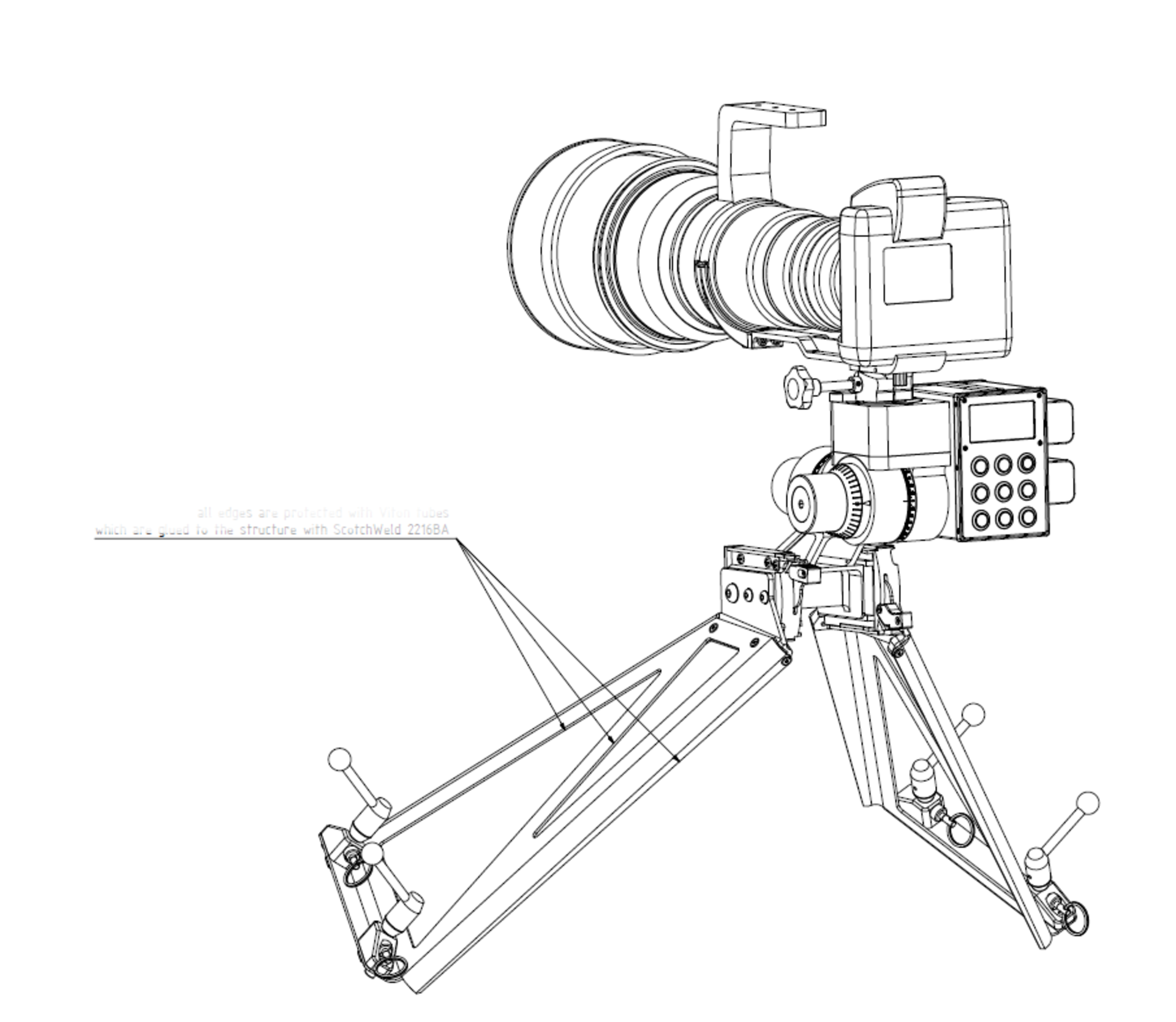 The Nightpod camera-stand tracks the movement of Earth passing under the International Space Station at 28 800 km/h, keeping any target fixed in the middle of the viewfinder. Standard cameras fixed to Nightpod can take pictures with longer exposure times so astronauts can take sharper pictures of cities at night.

Nightpod is installed in the Cupola observatory on the International Space Station. To calibrate the motors an astronaut enters the Space Station’s altitude, as well as its yaw, pitch and roll. These parameters change in orbit but are readily available to astronauts on the Space Station computers. After calibration, all the astronaut has to do is point the camera at the target, release the shutter and Nightpod will automatically compensate for the movement of the Station, keeping the subject steady in the camera’s viewfinder during its exposure time.

The end design consists of four parts: the structure’s ‘legs’ that fix to Cupola, an interface control box, the camera mount and the motors to move the camera over four axes. Testing was done at the Johnson Space Centre, USA, on a full-size mockup of the Cupola module. The package hitched a ride to the Space Station on Soyuz TMA-03 with ESA astronaut André Kuipers and Expedition 30/31.

All astronauts that visit the Space Station are trained to use Nightpod.

More reference material on Nightpod can be found in the ESA Erasmus Experiment Archive.

Design and manufacture: cosine, The Netherlands and Astrofein, Germany

Turning circle -20 to +20 degrees with around 50 cms movement