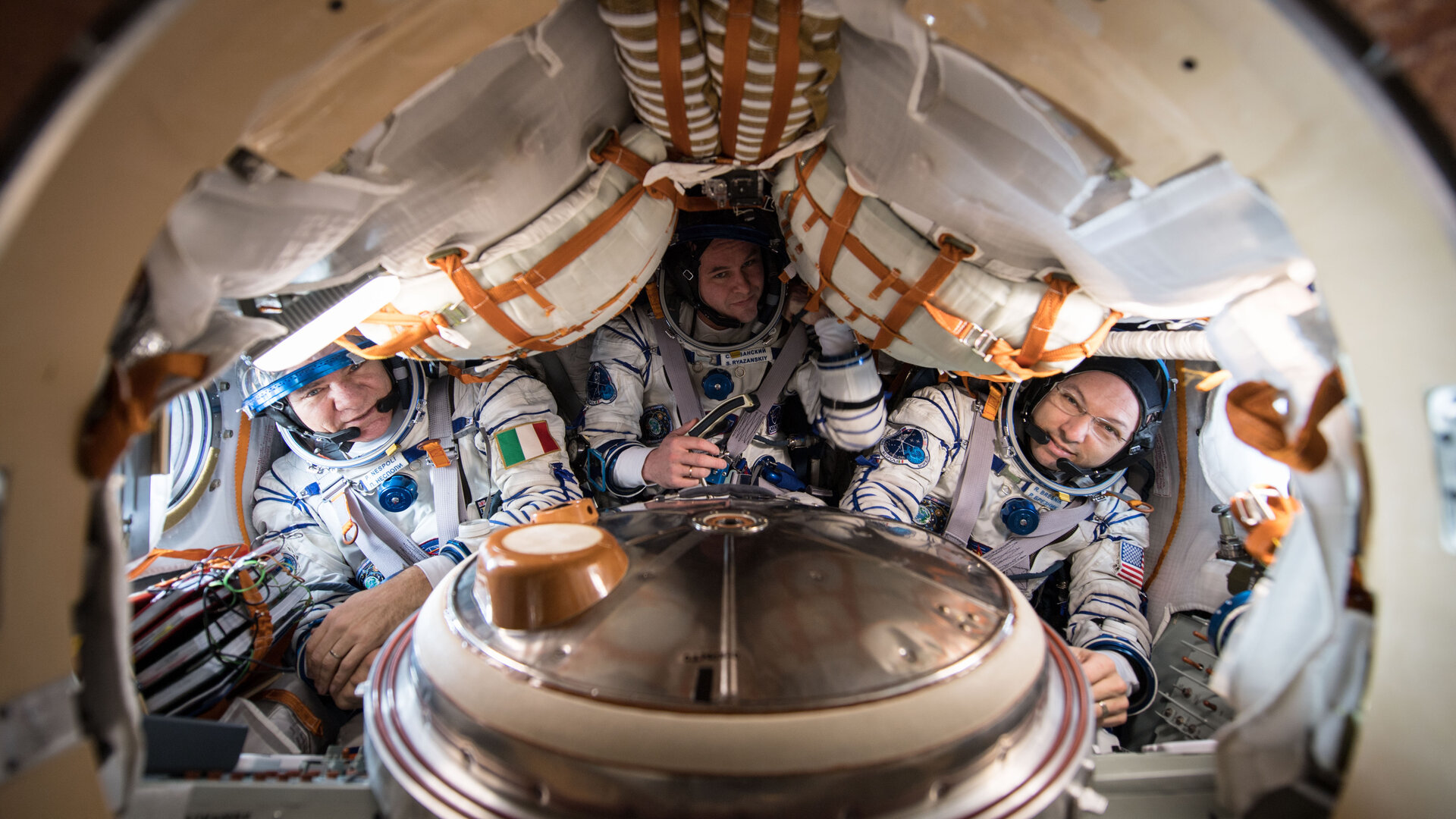 ESA astronaut Paolo Nespoli will return to Earth on 14 December after his third mission to the International Space Station. Paolo and crewmates Randy Bresnik of NASA and Sergei Ryazansky of Roscosmos will return in their Soyuz MS-05 spacecraft. Watch the events from farewell to touchdown live by tuning in at these times:

The ride home from the International Space Station will see the trio brake from 28 800 km/h to a standstill at touchdown in barely three hours.